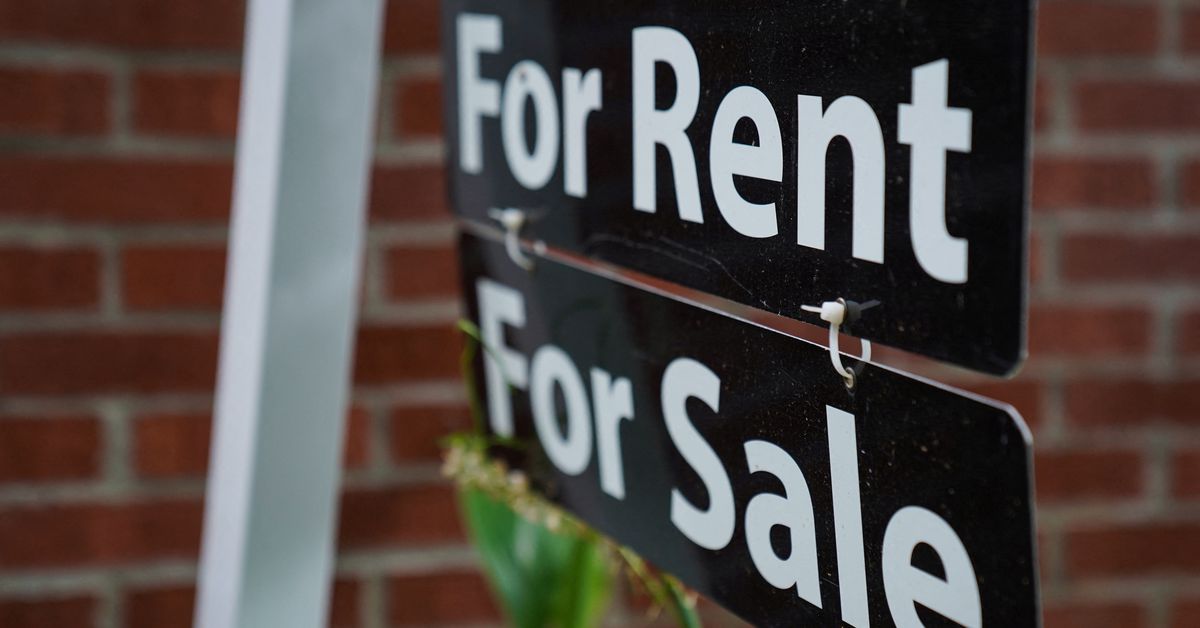 WASHINGTON, Jan 20 (Reuters) – Sales of existing U.S. homes plunged to a 12-year low in December, but falling mortgage rates fueled cautious optimism that the struggling housing market may be close to finding a floor.

The report from the National Association of Realtors on Friday also showed that the median home price increased at the slowest pace since early in the COVID-19 pandemic, as sellers in some parts of the country resorted to offering discounts.

The Federal Reserve’s fastest rate hike cycle since the 1980s has pushed housing into recession.

Existing home sales, which are counted when a contract ends, fell 1.5% to a seasonally adjusted annual rate of 4.02 million units last month, the lowest level since November 2010. It marked the 11th straight monthly decline in sales, the longest such stretch. since 1999.

Sales fell in the Northeast, South and Midwest. They were unchanged in the West. Economists polled by Reuters had forecast home sales falling at a rate of 3.96 million units. December’s data likely reflected contracts signed about two months earlier.

The continued decline in sales, which meant less in broker commissions, was the latest indication that housing investment was likely to decline in the fourth quarter, the seventh consecutive quarterly decline.

This would be the longest such streak since the collapse of the housing bubble that triggered the Great Recession.

Single-family home construction rebounded in December, but permits for future construction fell to more than a 2-1/2-year low and, outside of the pandemic, were the lowest since February 2016.

Stocks on Wall Street traded higher. The dollar rose against a basket of currencies. US Treasury bond prices fell.

The worst in the housing market is probably behind us. The 30-year fixed mortgage rate retreated to an average of 6.15% this week, the lowest level since mid-September, according to data from mortgage lender Freddie Mac.

The rate was down from 6.33% last week and has fallen from an average of 7.08% early in the fourth quarter, which was the highest since 2002. However, it remains well above the average of 3.56% over the same period in last year.

The median price of existing homes rose 2.3% from a year earlier to $366,900 in December, with NAR Chief Economist Lawrence Yun noting that “markets in about half the country are likely to offer prospective buyers discounted prices compared to last year.”

The smallest price gain since May 2020, along with the decline in mortgage rates, could help improve affordability down the road, although much will depend on supply. Home loan applications have increased so far this year, a sign that there are eager buyers waiting in the wings.

“House price growth is likely to continue to slow, and we see it turning negative in 2023,” said Nancy Vanden Houten, a US economist at Oxford Economics in New York. “The limited supply of homes for sale will prevent a sharp decline.”

In December, there were 970,000 previously owned homes on the market, down 13.4% from November, but up 10.2% from a year ago. At the rate of sales in December, it would take 2.9 months to empty the current stock of existing homes, up from 1.7 months a year ago. That is significantly lower than the 9.6 months of supply at the start of the 2007-2009 recession.

Although tight inventory remains an obstacle for buyers, the absence of excess supply means the housing market is unlikely to experience the dramatic collapse witnessed during the Great Recession.

A supply of four to seven months is seen as a healthy balance between supply and demand. Properties typically remained on the market for 26 days last month, up from 24 days in November.

“While stabilizing affordability will be good news for potential homebuyers, a lack of available inventory may remain a constraint on homebuying activity,” said Orphe Divounguy, senior economist at Zillow.