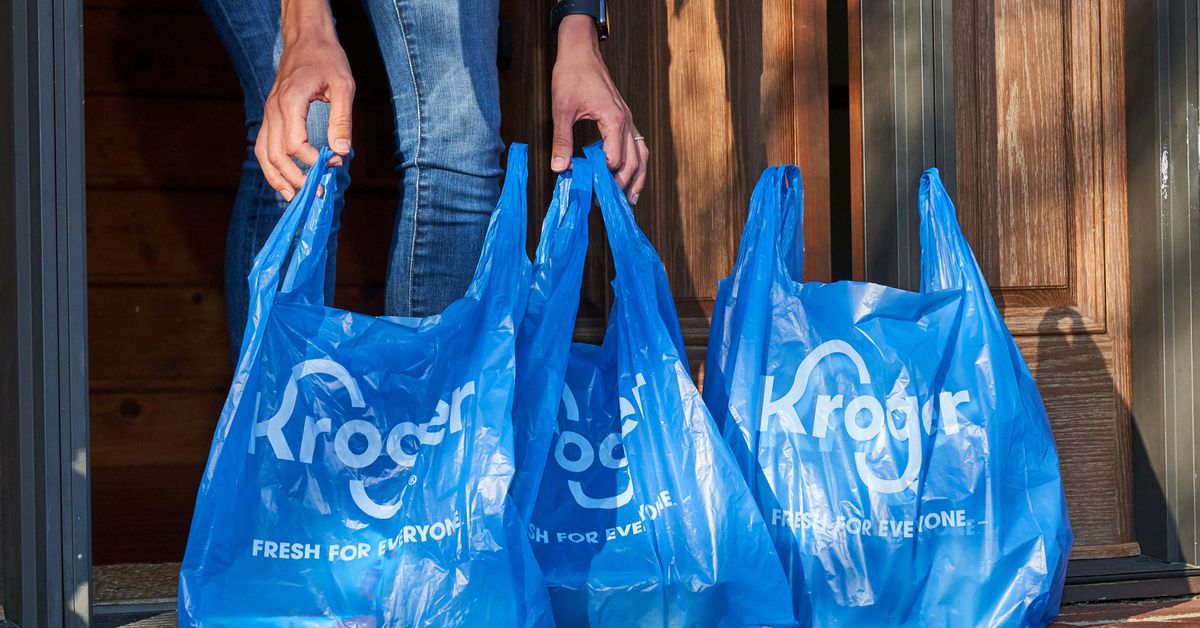 Oct 13 (Reuters) – U.S. grocer Kroger Co ( KR.N ) is in talks to merge with smaller rival Albertsons Companies Inc ( ACI.N ) in a tie-up that would create a supermarket titan, people familiar with the matter said .

The merger of the nation̵[ads1]7;s No. 1 and No. 2 independent grocers, if reached, could give the retailer a leg up in negotiations with consumer products makers such as Procter & Gamble ( PG.N ) and Unilever ( ULVR.L ) at a time of steep price increases.

A deal could be announced as soon as this week if talks don’t fall apart, said the sources, who requested anonymity because the discussions are confidential.

Major consumer products companies around the world have announced plans to raise prices at a faster pace as they also try to cushion the impact of high raw material costs on their margins.

Some critics noted that a merger would reduce competition between U.S. grocery chains and potentially lead to higher prices for U.S. shoppers. A deal would create a combined company with a market value of about $47 billion, representing one of the largest retail mergers in recent years.

Neither Kroger nor Albertsons immediately responded to requests for comment. The news was first reported by Bloomberg.

Merger talks between the two largest U.S. supermarket chains come at a time when Walmart Inc ( WMT.N ) has focused on expanding its own grocery business. Grocery now accounts for about 55% of Walmart’s annual sales. Walmart has traditionally used its influence to charge the lowest possible prices from food and beverage suppliers, leaving rival supermarkets at a disadvantage in their own negotiations with suppliers.

But consultant Burt Flickinger, who owns shares in both Kroger and Albertsons, said a merger would give the two supermarket operators more buying power, making it easier for them to compete with Walmart.

About 25% of all dollars spent on groceries in the United States is spent at Walmart, according to data provided by Euromonitor. Kroger and Albertsons have about 8% and 5% of the US grocery market, respectively, according to Euromonitor.

The razor-thin margins of independent US supermarket chains have been squeezed from soaring costs and supply chain disruptions after a boom at the height of the pandemic. Major manufacturers of packaged food and consumer goods are still not supplying many grocers with products to fill their shelves, grocers have told Reuters.

Sarah Miller, executive director of the American Economic Liberties Project, an anti-monopoly nonprofit, said the deal would “squeeze out consumers who are already struggling to afford food.”

“This merger is a run-down case of monopoly power, and enforcers should block it,” Miller said.

A deal could be reached as soon as this week, Bloomberg reported, adding that no final decision has been made and talks could still be delayed or falter.