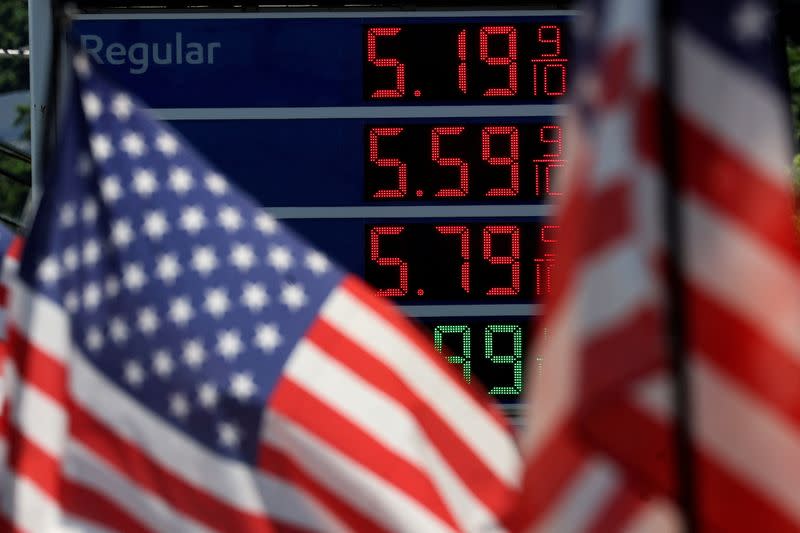 Prices fell after a week-long rally after the Organization of the Petroleum Exporting Countries and its allies announced plans to cut the OPEC+ production target by 2 million barrels per day.

President Joe Biden plans to sell the last part of a release of 180 million barrels of crude oil from the US Strategic Petroleum Reserve by the end of December. Biden’s Democrats hope the move will help the party maintain a slim majority in both houses of Congress in November̵[ads1]7;s midterm elections.

Not all prices fall. US diesel prices have risen over the past two weeks due to high global demand, low inventory levels and low production in Europe due to refiner strikes in France.

WHERE ARE FUEL PRICES NOW?

The national average is $3.85 a gallon, up 18 cents from a mid-September low of $3.67 a gallon, but down from peaks reached two weeks ago.

The price of diesel has risen 33 cents in the past month, according to data from the US Energy Information Administration, now at $5.32 a gallon.

U.S. oil refineries race hard to replenish low inventories even in cold weather, which usually equates to a drop in fuel demand. The four-week moving average of gasoline demand is 2.4% lower than this time last year, while refinery utilization is 5% higher.

Gasoline prices in the US rose last month mainly due to regional refinery shutdowns on the West Coast and Midwest. In California, costs have increased by more than $1 per gallon in the past month, while prices in Texas remain lower than a month ago.

Refinery maintenance often takes place in autumn when demand falls after the summer season. This autumn, however, some refineries had to shut down units without warning due to infrastructure problems.

Three refineries in Washington state and California had scheduled maintenance while another had an unscheduled shutdown in September, according to Refinitiv data and refining sources. In the Midwest, BP-Cenovus’ Toledo refinery remains offline after a deadly explosion shut down the facility late last month.

Gasoline produced to meet California’s environmental rules has fallen nearly $2 a gallon in the Los Angeles and San Francisco wholesale markets in the past month due to rising supply, traders said.

WHAT OTHER FACTORS AFFECT FUEL PRICES?

Tight refining supply has kept the gap between wholesale gasoline futures and retail prices wide, currently at about $1.25 a gallon, well above the average of 88 cents over the past five years.

U.S. gasoline demand was weak through the summer but has improved in the past month, according to federal data. That has kept a lid on inventories, with US gasoline inventories near an eight-year low. Further refining disruptions could squeeze that inventory more, pushing up prices.