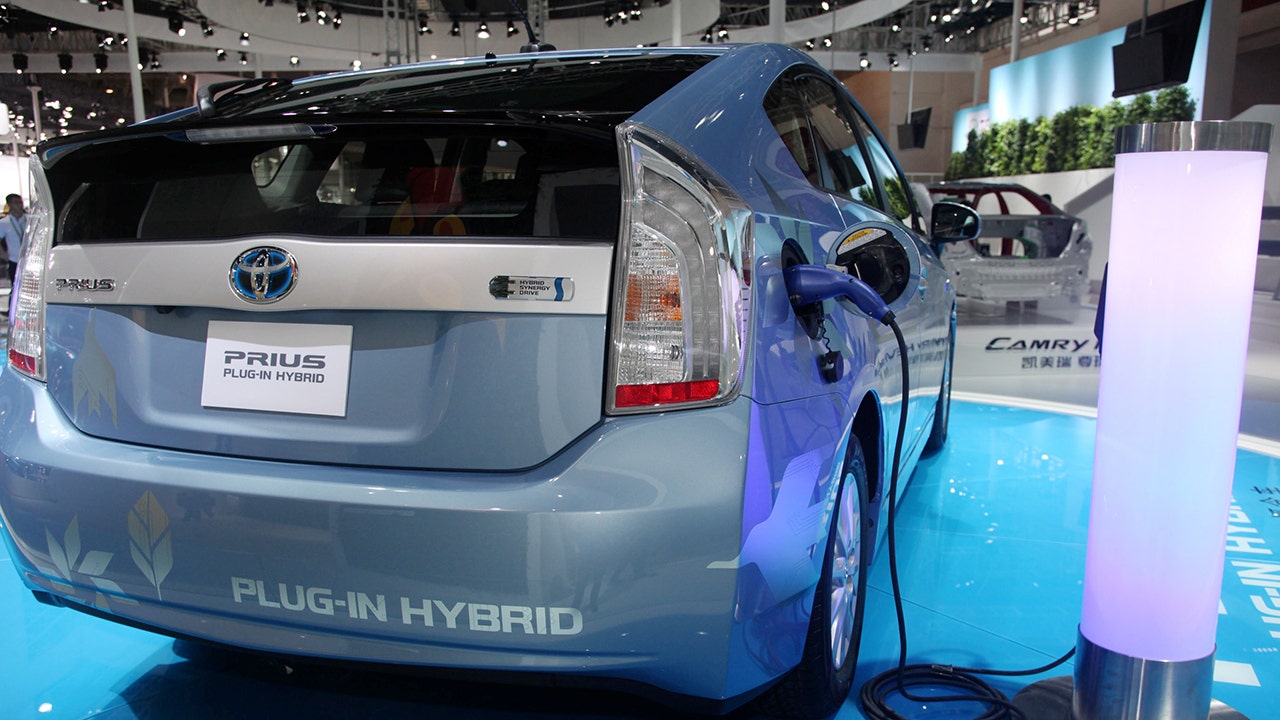 Here are your FOX Business Flash top headlines for April 6.

Toyota customers soon will not be able to get US federal tax credits for buying electric or hybrid vehicles.

The automaker expects that sometime before the end of June it will reach a 200,000-vehicle cap on the credits, Bob Carter, Toyota’s head of North American sales, said Wednesday. After that, the credits will be phased out over the next year, reaching zero, as Tesla and General Motors already have.

The lack of credits is problematic for automakers shifting from petroleum-powered vehicles to batteries in the effort to reduce emissions, meet government fuel-economy standards and fight climate change. Nissan is about 30,000 vehicles away from reaching the cap, and others will follow as more EVs are introduced.

Tesla, the top seller of electric vehicles in the world, and GM already are at a price disadvantage to other automakers without the credits, and Toyota will soon be. Additional EV tax credits are in the Build Back Better spending bill backed by President Biden, which is stalled in Congress.

Toyota reached the cap largely by selling plug-in gas-electric hybrid vehicles. The company’s plug-in RAV4 Prime small SUV with 42 miles of electric range earns the buyer a $ 7,500 credit, the largest available. The Prius Prime plug-in, with 25 miles of electric range, gets $ 4,500. Toyota had previously offered a fully electric RAV4, but it did not sell well and was canceled. It’s rolling out a fully electric model called the bZ4X with 250 miles per charge, this summer.

The Build Back Better bill would give EV buyers a $ 7,500 tax credit through 2026 to charge up sales. But the following year, only electric vehicles made in the US would qualify for the credit. And the base credit rises by $ 4,500 if the vehicle is made at a US plant that runs under a union-negotiated collective bargaining agreement. Only GM, Ford and Stellantis vehicles would qualify.

Carter, on a conference call with reporters, said Toyota lobbied against the additional credit only for union plants, calling it unfair to nonunion workers. “It just needs to be a level playing field,” Carter said. “We are not anti-EV credits.”

Democrats backing the credits for EVs made by the United Auto Workers say supporting union jobs is good for the economy and communities because unions helped to build the middle class.

GM CEO Mary Barra has said automakers that offered electric vehicles early should not be placed at a disadvantage.

Restoring the credits is “a question that Congress really needs to resolve,” Carter said.

Toyota plans to offer 30 fully electric vehicles from its Lexus and Toyota brands by 2030.