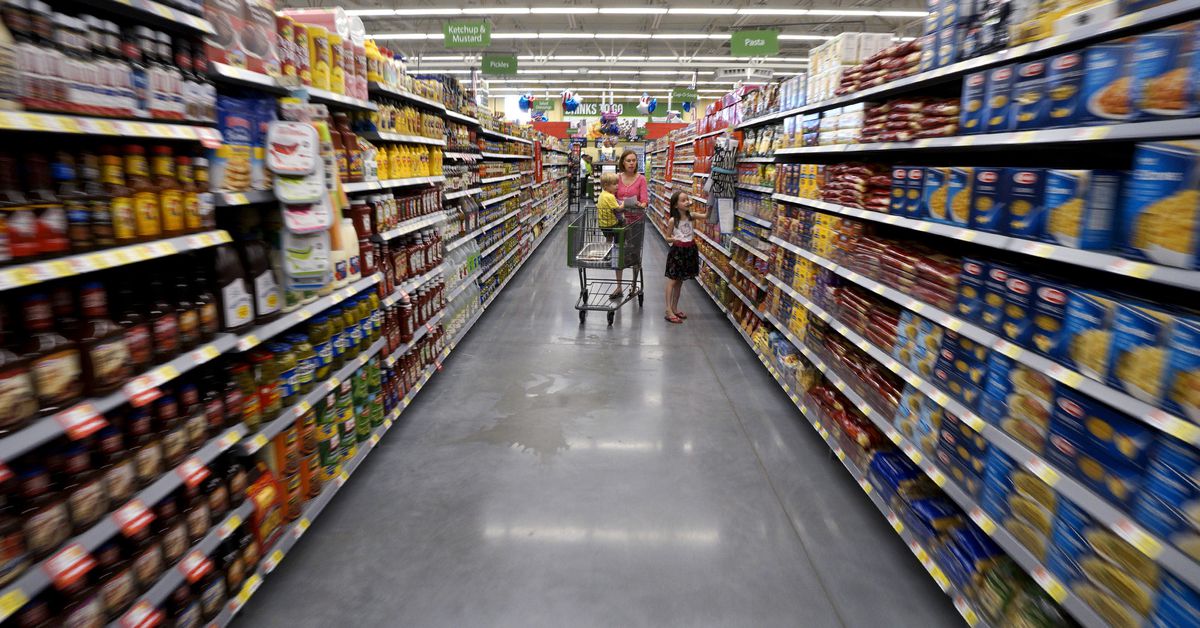 A family shops in Bentonville, Arkansas in a file photo. REUTERS / Rick Wilking

The broad increase in prices reported by the Labor Department on Thursday was led by soaring costs for rents, electricity and food, and could heap more political pressure on President Joe Biden, whose popularity has been declining amid anxiety over the rising cost of living.

High inflation has overshadowed a strong economy, which grew at its fastest pace in 37 years in 2021 and a labor market that is rapidly churning out jobs.

“While this report, on its own, might not trigger a 50 basis points inaugural rate hike from the Fed, the pressure will continue to mount if inflation does not begin to rollover this spring as policymakers anticipate,” said Sal Guatieri, a senior economist at BMO Capital Markets in Toronto.

The consumer price index gained 0.6% last month after a similar increase in December. The food index rose 0.9%, with the cost of food consumed at home increasing 1.0%. There strong increases in the prices of cereals and bakery products, dairy, fruits and vegetables. Meat prices rose moderately.

Electricity prices jumped 4.2%, offsetting a 0.8% drop in the cost of gasoline and a 0.5% drop in natural gas.

In the 12 months through January, the CPI jumped 7.5%, the biggest year-on-year increase since February 1982.

That followed a 7.0% advance in December and marked the fourth straight month of annual increases in excess of 6%. Economists polled by Reuters had forecast the CPI rising 0.5% on month and accelerating 7.3% on a year-on-year basis.

Effective with the January report, the CPI was re-weighted based on consumer expenditure data from 2019-2020.

The economy is grappling with high inflation, caused by a shift in spending to goods from services during the COVID-19 pandemic. Trillions of dollars in pandemic relief fired up spending, which ran against capacity constraints as the coronavirus sidelined workers needed to produce and move goods to consumers.

US stocks opened lower. The dollar rose against a basket of currencies. US Treasury prices fell.

EYES ON THE FED

The Fed is expected to start raising rates in March to rein in inflation, which has overshot the US central bank’s 2% target. Financial markets are predicting nearly even odds of a 50 basis points increase, according to CME’s FedWatch tool.

Market predictions are partly driven by the fact that price pressures are broadening, with several measures of wage inflation increasing strongly in recent months.

Economists, however, believe it is unlikely that the Fed would move so aggressively. They expect the central bank to raise rates by 25 basis points at least seven times this year.

“Rather, the Fed would be more likely to guide an accelerated pace of hikes at consecutive meetings to crack down on inflation,” said Scott Ruesterholz, a portfolio manager at Insight Investment in New York.

Excluding the volatile food and energy components, the CPI increased 0.6% last month, matching December’s rise. It was the seventh time in the last 10 months that the so-called core CPI has increased at least 0.5%. Underlying inflation last month was driven by a 0.5% increase in rents.

It was also boosted by strong gains in the prices for household furnishings and operations as well as used cars and trucks. Healthcare costs rose 0.7%, lifted by hospital services and prescription medication.

In the 12 months through January, the so-called core CPI jumped 6.0%. That was the largest year-on-year gain since August 1982 and followed a 5.5% advance in December.

Monthly inflation could slow in the coming months amid an easing in supply bottlenecks as coronavirus infections driven by the Omicron variant subside.

Government data this week showed goods imports increased to a record high in December as ships offloaded their cargo after months of delays because of labor shortages at ports. Wholesale motor vehicle inventories increased by the most in 10 years in December. read more

Still, inflation will remain high for a while, in part reflecting the delayed impact of rising wages. Employers are boosting compensation as they compete for scarce workers. There were 10.9 million job openings at the end of December.

“The factors that have driven inflation higher in 2021 are only expected to dissipate gradually and are likely to keep pushing inflation higher through the first half of 2022,” said Kevin Cummins, chief US economist at NatWest Markets in Stamford, Connecticut.

“We expect that there will be a shift from goods inflation, particularly motor vehicle and commodities prices to more persistent services inflation, such as wages and heavily weighted rents.”

A separate report from the Labor Department on Thursday showed initial claims for state unemployment benefits fell 16,000 to a seasonally adjusted 223,000 for the week ended Feb. 5. Economists had forecast 230,000 applications for the last week. Claims increased from the beginning of January through the middle of the month as Omicron raged across the country.