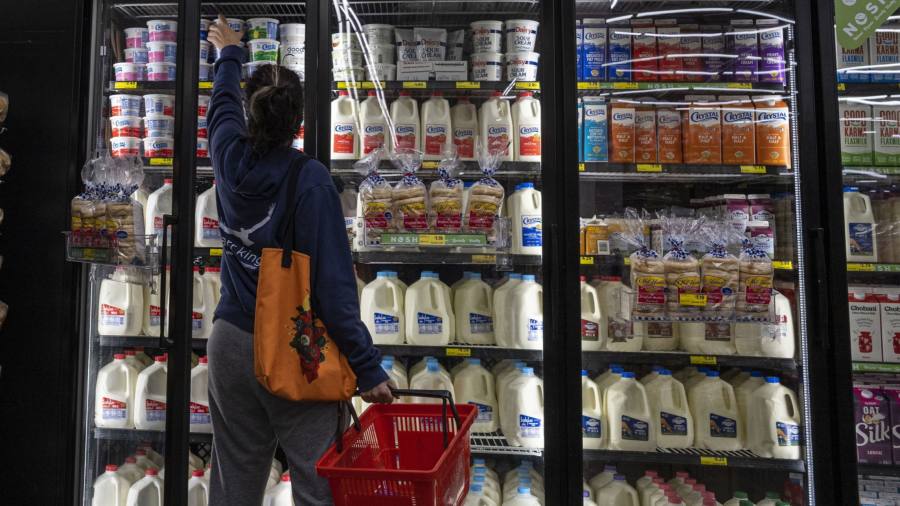 The rapid rise in US consumer prices showed no signs of abating in September, leading to a session on Wall Street as investors weighed whether the Federal Reserve needs to become even more aggressive to curb rampant inflation.

The CPI’s core measure of inflation, which strips out volatile energy and food costs, rose 6.6 percent year-on-year last month, faster than 6.3 percent in August – and the fastest pace in four decades.

The increase in the overall CPI last month, including energy and food, rose 8.2 percent compared to the previous year, little changed from the annual increase of 8.3 percent recorded in August.

Compared to the previous month, the overall CPI rose by 0.4 per cent, while the core measure increased by 0.6 per cent.

The S&P 500 fell 2.4 percent shortly after Wall Street̵[ads1]7;s opening bell Thursday; before the markets opened, the futures market had indicated an increase of 1.3 percent. However, the shares reversed dramatically and ended 2.6 percent higher. The Nasdaq Composite ended 2.2 percent higher, recovering from a decline of around 3.2 percent.

The yield on two-year government bonds, which are sensitive to changes in monetary policy expectations, rose 0.24 percentage points to 4.53 percent, the highest level since mid-2007, before falling back to be up 0.18 percentage points on the day.

Jamie Dimon, chief executive of JPMorgan Chase, said that while he could not predict whether tighter monetary policy would plunge the US economy into a deep recession, the failure of markets to sell off more strongly was an indication that investors still believed in a “mild recession” was possible.

“My point, in the tough recession you would expect the market to go down about another 20 or 30 percent,” Dimon said Thursday at the Institute of International Finance’s annual membership meeting.

Dimon noted that consumer spending was still much higher than before the Covid-19 pandemic, adding that consumers “can probably do it for another nine months before inflation and spending catch up to them. That’s why I think you’re going to see a strong economy for a while.”

Investors and economists had been looking for signs that the Fed may begin to slow the pace of rate hikes from the 0.75 percentage point hikes it has announced at each of the last three meetings. But the CPI data released on Thursday suggests that such a move is not yet on the immediate horizon.

After the report, traders in the futures market priced in a 98 percent chance that the Fed would raise interest rates by 0.75 percentage points in November, compared to 84 percent on Wednesday.

Kathy Bostjancic, chief US financial economist at Oxford Economics, said consumer inflation remained “stubbornly high” due to “a continued broad rise” in the prices of core services. “High inflation readings will keep the Fed in aggressive tightening mode and on course for at least 125 basis points through this year,” she wrote in a note.

The futures market now expects the fed funds rate to reach 4.94 per cent by May 2023, up from 4.65 per cent the previous day. The central bank’s key interest rate is in a target range of 3 per cent to 3.25 per cent.

One of the most troubling features of the CPI report was that housing costs – described as “shelter” in the data – rose 0.7 per cent in September, the same as the previous month, and rose 6.6 per cent year-on-year. .

Persistently high inflation has been a huge political challenge for the White House and congressional Democrats, overshadowing a rapid recovery from the pandemic with millions of jobs created since Joe Biden took office.

In a statement on Thursday, Biden acknowledged that Americans were being “squeezed by the cost of living” and said there was “more work” to be done to fight inflation although some “progress” had been made. He said that if Republicans take control of Congress in November’s midterm elections, “everyday costs will go up, not down.”

Republicans have made rising prices a central part of their message to voters, blaming the Biden administration and linking the rise to the Democrat-led stimulus passed by the president in March 2021 that injected $1.9 billion into the US economy. 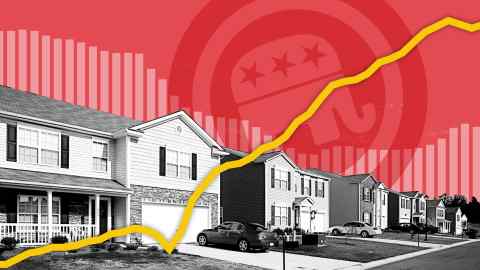 On Wednesday, several Republican lawmakers and candidates jumped on new numbers showing that the producer price index, a measure of wholesale prices for businesses, rose faster than expected in September.

Rick Scott, the Republican senator from Florida who chairs the National Republican Senatorial Committee, said inflation was an “excruciating kick to families trying to get back on their feet” in his home state in the wake of Hurricane Ian.

American consumers have received some relief from the fall in petrol prices that occurred during the summer: The inflation peak under Biden so far came in June, when the CPI rose 9.1 percent on an annual basis. But the administration and Fed officials would have liked to see rate hikes taper off more quickly than they have.