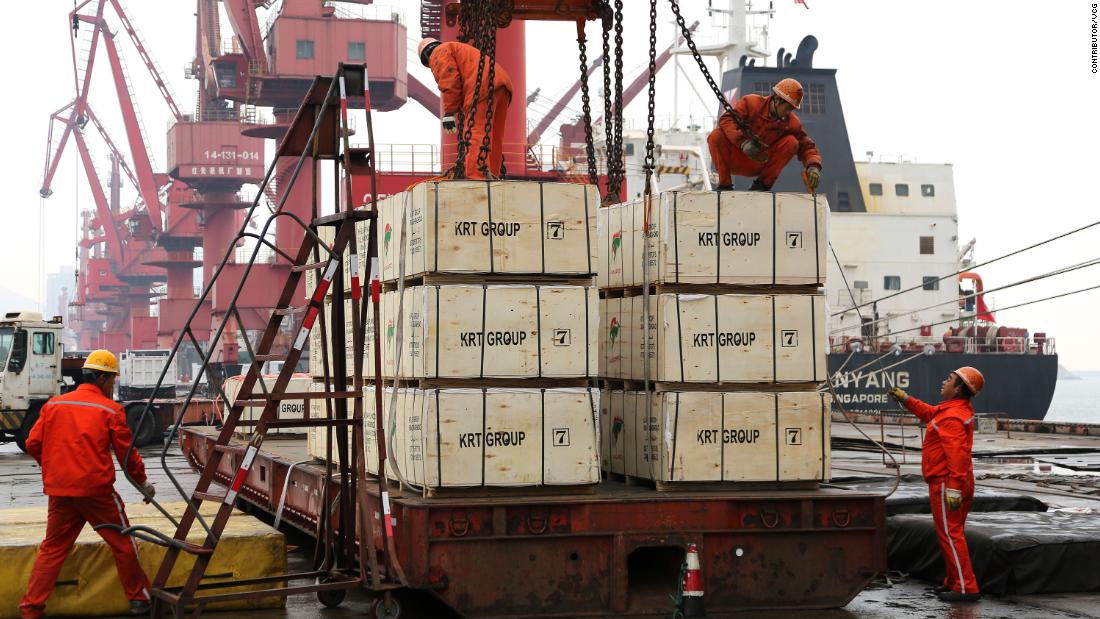 The United States is considering current tariffs as they work to complete "phase one" of a trade agreement, officials told CNN, but no decisions have been made beyond the tariff release announced last month.

Meanwhile in Hong Kong, production data plummeted. Growth output from the financial hub's manufacturing sector fell in October, the latest sign that five months of massive protests are hitting Hong Kong's economy hard. The latest purchasing manager's index (PMI) dropped to 39.3 in October, from 41.5 in September, according to data published by research firm IHS Markit. The protests have pushed Hong Kong into its first recession since the global financial crisis.

IHS Markit said the decline in business activity was the fastest since the survey began over 21 years ago.

The uncertainty surrounding a solution to the political crisis "is likely to mean that Hang Seng underperforms the rest of the region for the foreseeable future, especially some of their big name banks," according to Jeffrey Halley, a market analyst at research firm Oanda.

Over in Shanghai, Chinese President Xi Jinping spoke at an economic event on Tuesday, again emphasizing Beijing's commitment to a multilateral global trade system and a more integrated global economy. He also promised to further open China's market and improve its business environment.

One of the key messages from the incident "is that China is still open for business," said Stuart Tait, HSBC's head of commercial banking for Asia Pacific. [19659010] "The dialogue that took place emphasized the importance of reducing tariffs and establishing new free trade zones. This is music to the ears of Asian companies," he said.

The Caixin / Markit services buy managers index (PMI) dropped to 51.1 in October from 51.3 in September. This is the lowest reading since February.

However, for investors, "the fallout should be limited … as markets concentrate on industrial PMIs and their rebound potential if a temporary trade deal is signed this month," Halley wrote in a research note.

CNN's Kevin Liptak and Steven Jiang contributed to this report.