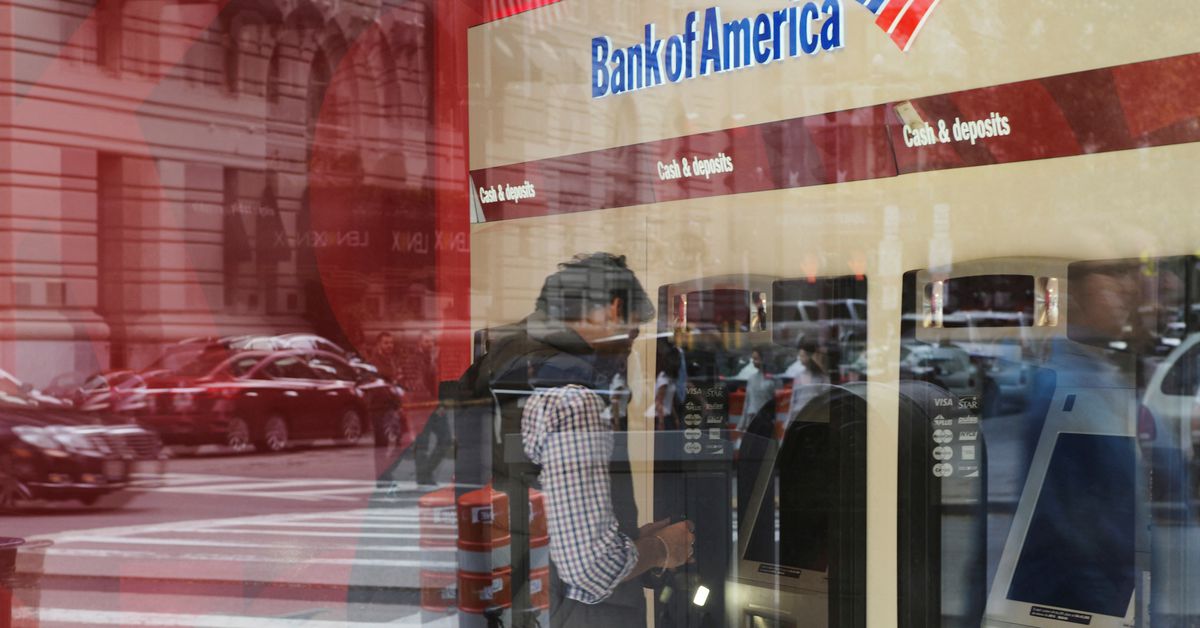 Along with Morgan Stanley ( MS.N ) and Goldman Sachs ( GS.N ), they are the six largest lenders expected to accumulate a combined $5.7 billion in reserves to prepare for soured loans, according to average estimates by Refinitiv . That is more than double the $2.37 billion set aside a year earlier.

“With most US economists predicting either a recession or significant slowdown this year, banks are likely to incorporate a more severe economic outlook,” Morgan Stanley analysts led by Betsy Graseck said in a note.

The Federal Reserve is aggressively raising interest rates in an effort to curb inflation near its highest level in decades. Rising prices and higher borrowing costs have caused consumers and businesses to curb their spending, and since banks act as financial intermediaries, their profits fall when activity slows.

The six banks are also expected to report an average 17% drop in net profit in the fourth quarter from a year earlier, according to preliminary analysts’ estimates from Refintiv.

Investors and analysts will focus on the bank governors’ comments as an important gauge of the economic outlook. A parade of executives in recent weeks has warned of the tougher business environment, prompting firms to cut compensation or eliminate jobs.

Goldman Sachs will begin laying off thousands of employees starting Wednesday, two sources familiar with the move said Sunday. Morgan Stanley and Citigroup, among others, have also cut jobs following a plunge in investment banking activity.

The moves come after Wall Street dealers who handle mergers, acquisitions and IPOs faced a sharp drop in their business in 2022 as rising interest rates plunged markets.

Global investment banking revenue fell to $15.3 billion in the fourth quarter, down more than 50% from the year-earlier quarter, according to data from Dealogic.

Consumer business will also be a central focus in the banks’ results. Household accounts have been propped up for much of the pandemic by a strong labor market and government stimulus, and while consumers are generally in good financial shape, more are starting to fall behind on payments.

At Wells Fargo, the fallout from a fake account scandal and regulatory penalties will continue to weigh on results. The lender expected to book a charge of about $3.5 billion after it agreed to settle charges of widespread mismanagement of car loans, mortgages and bank accounts with the US Consumer Financial Protection Bureau, the watchdog’s largest civil penalty ever.

Analysts will also see whether banks such as Morgan Stanley and Bank of America book any write-downs on the $13 billion loan to finance Elon Musk’s purchase of Twitter.

More generally, the KBW index (.BKX) for bank shares is up approx. 4% this month after falling nearly 28% over the past year.

While market sentiment took a sharp turn from hopeful to fearful in 2022, some big banks may overcome the most dire predictions because they have shed risky activities, wrote Susan Roth Katzke, an analyst at Credit Suisse.

“We see more resilient earnings power through the cycle after a decade of de-risking,” she wrote in a note. “We cannot dismiss the fundamental strength.”