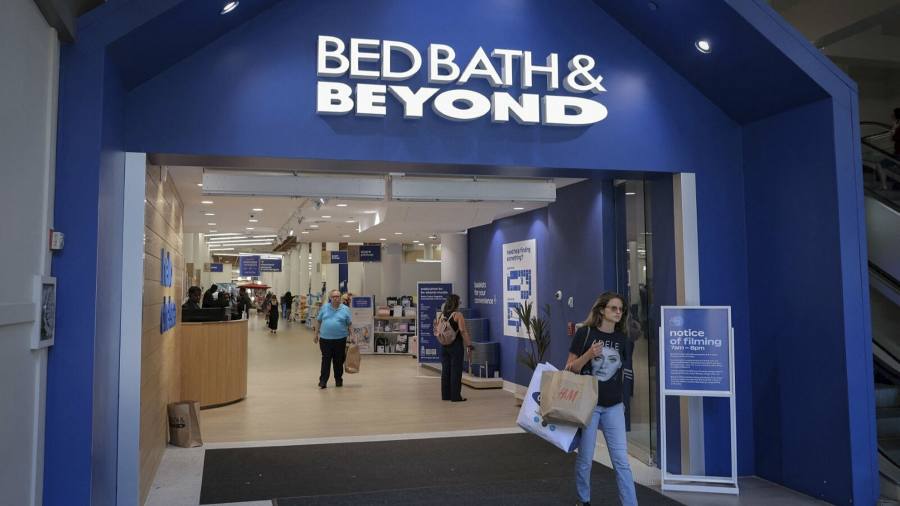 A 20-year-old college student has made about $110 million by selling a stake in struggling retailer Bed Bath & Beyond, after the stock surged in a month of frenetic trading reminiscent of last year’s meme stock boom.

Jake Freeman, an applied mathematics and economics major at the University of Southern California, bought nearly 5 million shares of Bed Bath & Beyond in July, according to regulatory filings, after dismal earnings and the ouster of its CEO sent the stock price tumbling.

Freeman bought his stake at less than $5.50 per share. On Tuesday, Bed Bath & Beyond rose to more than $27 a share. As the stock rose, Freeman sold more than $1[ads1]30 million worth of shares from his TD Ameritrade and Interactive Brokers accounts.

Freeman’s sale was well timed. Shares in Bed Bath & Beyond fell more than 20 percent Thursday after investor and meme stock champion Ryan Cohen revealed Wednesday night that he intended to sell his entire nearly 12 percent stake in the company.

“I certainly did not expect such a vicious rally to the upside,” Freeman said in an interview Wednesday. “I thought this was going to be a stretch of six months plus. . . I was really shocked that it went up so quickly.”

After selling the shares, Freeman went to dinner with his parents in the New York City suburb where they live, and on Wednesday he flew to Los Angeles to return to campus, he said.

Freeman’s original effort cost about $25 million, which he said was raised mostly from friends and family. He has invested for years with his uncle, Dr Scott Freeman, a former pharmaceutical executive. The two recently built an activist stake in a publicly traded pharmaceutical company called Mind Medicine.

Freeman also said he had interned for years at a New Jersey hedge fund, Volaris Capital. Just before his 17th birthday, Freeman and its founder, Vivek Kapoor, a former Credit Suisse executive, published a paper titled “Irreducible Risks of Hedging a Bond with a Default Swap”.

Freeman amassed his more than 6 percent position in Bed Bath & Beyond through Freeman Capital Management, a fund registered in the cowboy town of Sheridan, Wyoming, according to filings.

When he revealed his position in July, Freeman sent an uncompromising message to the retailer’s board. The company, he said, was facing an existential crisis to survive. It needed “to cut its cash-burn rate, drastically improve its capital structure and raise cash”, he added.

Shares of the New Jersey-based chain — known for running cavernous stores filled with vacuum cleaners, towels and kitchen utensils — have risen fivefold in the past month even after its dismal June 29 earnings report.

It reported that sales had fallen 25 percent in the second quarter compared to the same period in 2021, while its net loss widened to $358 million from $51 million. The cash position had fallen to $107 million from $1 billion at the start of the year.

Bed Bath & Beyond is one of a handful of meme stocks that became popular in early 2021 but have received less attention than GameStop, the video game retailer led by Cohen, and AMC, the movie theater chain. 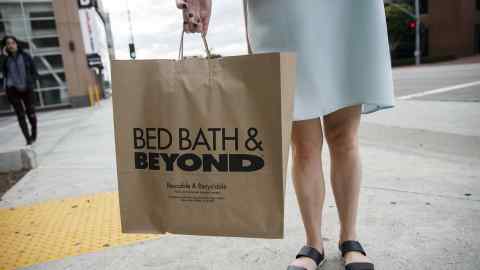 The increase in the share price has been driven by interest from private investors attracted by the share’s small free float and a significant number of short sellers who are betting that the share price will fall.

These two characteristics tend to draw interest from retail investors who frequent Reddit forums. That means they can try to engineer a “short squeeze” by driving the stock price higher and forcing professional investors to unwind their bearish positions, which only drives the stock even higher.

It was a separate revelation on Monday from Cohen, who also co-founded pet retailer Chewy, that sent the stock on a tear on Tuesday. He revealed that he had bought a large number of call options in Bed Bath & Beyond – derivatives that can provide an unexpected drop if a stock rises in value.

Cohen did not respond to a request for comment.