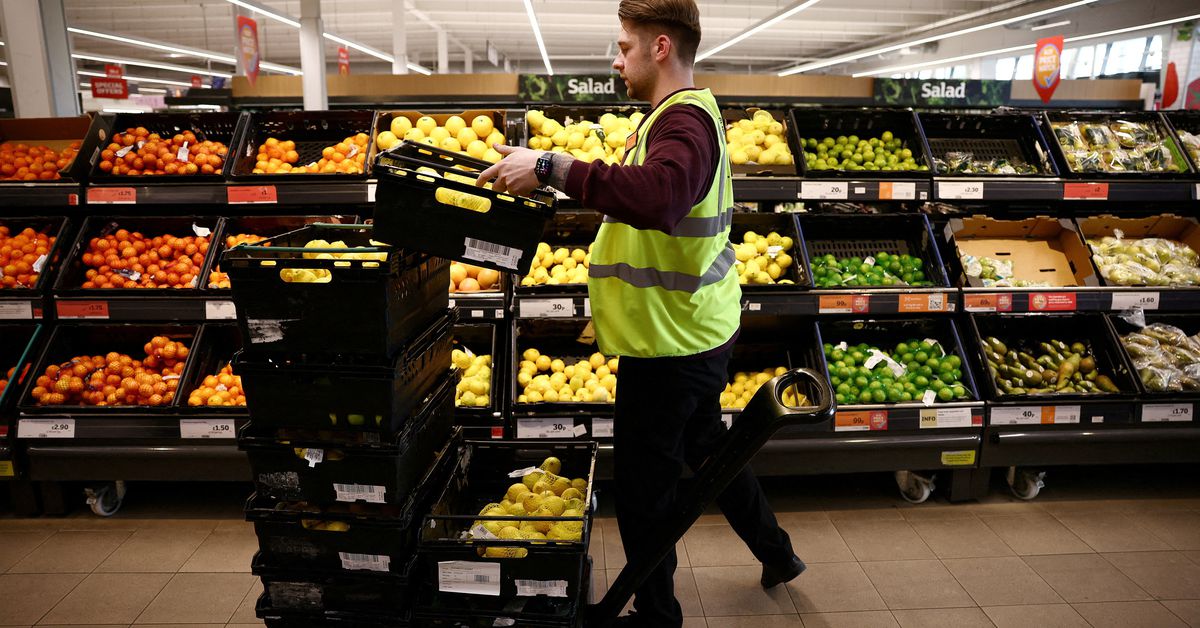 LONDON, Aug 22 (Reuters) – British consumer price growth is set to peak at 18.6% in January, more than nine times the Bank of England’s target, an economist at U.S. bank Citi said on Monday, raising its forecast by another time in light of the recent jump in energy prices.

“The question now is what policy can do to offset the impact on both inflation and the real economy,” Benjamin Nabarro said in a note to clients.

The front-runner to become Britain’s next prime minister, Liz Truss, is likely to come up with measures to support households hit by high energy prices, which could lower headline inflation slightly, Nabarro said.

Energy regulator Ofgem will set new maximum tariffs for households on Friday, which will come into force in October.

The latest tariff increase in April raised the annual bill for a typical household to 1,971 pounds ($2,322) from 1,278 pounds, following a spike in natural gas prices following Russia’s invasion of Ukraine.

The next increases will probably be even steeper, after a 15% increase in natural gas prices in the last week.

Energy analysts Cornwall Insight also raised their forecasts for Ofgem’s regulated tariffs to £3,554 for October, £4,650 for January and £5,341 for May.

“It’s hard to see how many will cope with the coming winter,” Cornwall Insight consultant Craig Lowrey said.

In its forecasts at the beginning of August, the BoE assumed that the tariff would rise to around £3,500 in October and that energy prices would then stabilise. Consumer price inflation will thus peak at 13.3% in October.

With inflation now set to peak significantly higher, the BoE’s monetary policy committee was likely to conclude that the risk of more sustained inflation had increased, Citi said.

“This means getting rates well into restrictive territory, and quickly,” Nabarro said. “Should signs of more embedded inflation emerge, we believe that a bank rate of 6-7% will be needed to bring inflationary dynamics under control. For now, we continue to believe that evidence of such effects is limited.”

The BoE announced a rare half-percentage point rate hike earlier this month, and investors expect another big move when the MPC makes its next scheduled monetary policy announcement on September 15.

Nabarro predicted retail inflation, which is used to set the yield on index bonds, would peak at 21.4%.