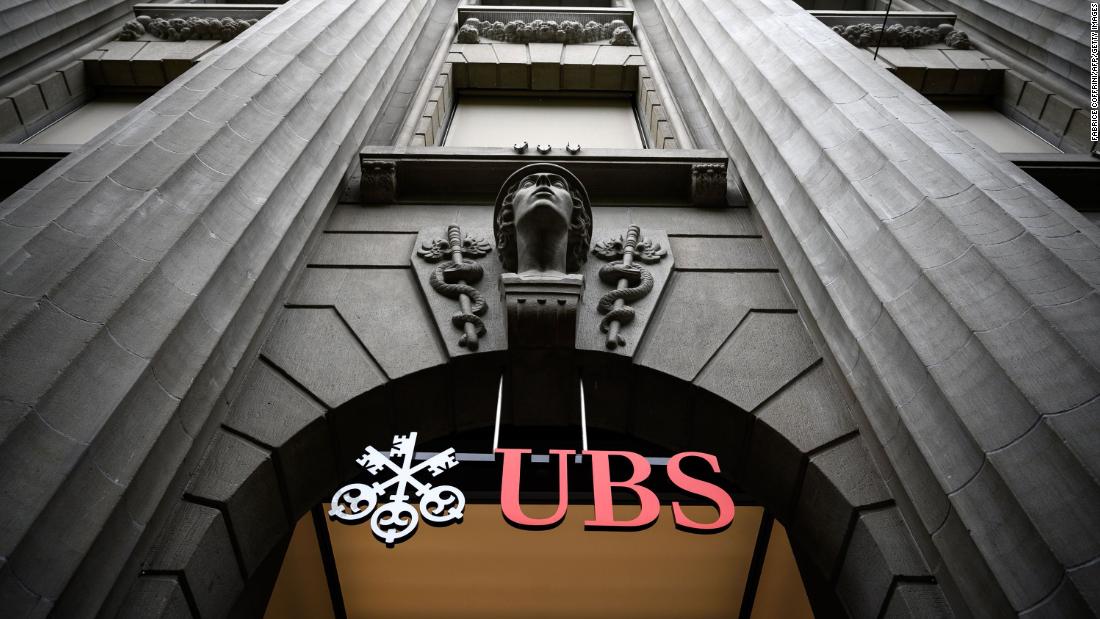 For the first time since the eurozone crisis, the world's largest wealth manager is bearish on stocks.

In a note to investors, UBS Wealth Management Chief Investment Officer Mark Haefele said that the group, which manages more than $ 2.4 trillion, has switched to an "underweight" equity recommendation.

The bank advised its wealthy clients to lower the proportion of shares in their portfolios following President Donald Trump's decision to raise the tariff for all exports from China by 5% last Friday. [19659004] Here's why: "The US-China trade conflict has escalated in recent days and increased the risk of a retaliation cycle undermining global growth and stock markets," Haefele said. "It justifies a reduction in the risk in our portfolios to reduce our exposure to an uncertain political environment."

No one is arguing that geopolitics has sent shares on a wild ride over the past month, largely driven by the president's random moves on trade. Take a look.

Haefele said UBS ( UBS ) still thinks the United States can avoid a recession in 2020, aided by further relief from the Federal Reserve and strong consumer spending.

And he warned that investors should not sell shares "as if they were preparing for a typical recession or the next major economic crisis."

But UBS makes it clear that it does not see today's environment improving. "The downside risk increases for both the global economy and the markets," Haefele said.

Corporate insiders sold an average of $ 600 million in shares per day in August, according to TrimTabs Investment Research, which tracks the liquidity of the stock market. August is about to be the fifth month of the year with insiders selling $ 2 billion.

Read more: Insiders sell stock as it is 2007

Here is our reality check of American consumers

Readers of this newsletter know that the market bullets have pointed to the strength of the American consumer as evidence of that the economy has more operating time.
Retail sales in July beat the projections. And Walmart ( WMT ) viewed as a watch with consumer spending, lifted its guidance for the rest of the year. Such resilience, one thinks, is enough to offset some of the problems we see in the manufacturing sector.

The question now: Can consumers continue to keep the deal?

We get fresh evidence on Tuesday when the conference council releases its Consumer Confidence Index for August. The index fell back in July after a sharp decline in June, driven by an escalation in trade tensions.

Investor Insight: A recent University of Michigan study found that the mood dropped in early August. Investors want to know if Conference Board data reflects that trend.

It's probably a bright day for earnings, though investors in consumer staples can see J.M. Smucker ( SJM ) who reports before the US market was open.