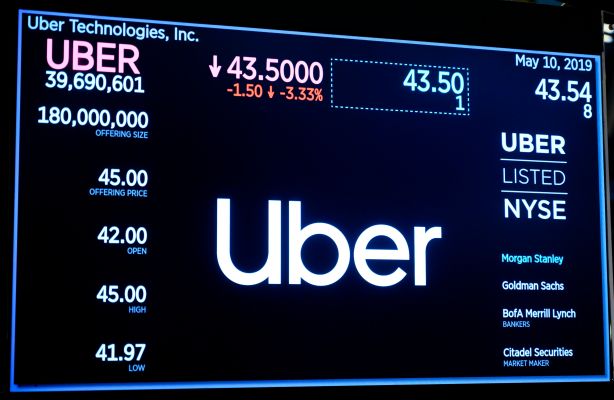 Uber is laying off about 25% of its 1,200-man strong market division in an effort to reduce costs and streamline operations after the $ 1 billion public debut and loss in the first quarter.

The dismissals were first reported by The New York Times.

About 400 people in Uber's marketing department were laid off across its 75 offices globally, according to the company. Uber's last public global employee was 24,494 global employees as of March 31, 2019.

Jill Hazelbaker, who heads Uber marketing and public affairs, and CEO Dara Khosrowshahi told employees on Monday that the marketing team would have a more centralized structure, according to an internal email seen by TechCrunch.

The layoffs are the latest cost-driven changes that will occur in the company since it was published in May.

Many of Uber's teams are "too big, creating overlapping work, making unclear decision-makers and leading to mediocre results," Khosrowshahi said in an email sent to staff and shared with TechCrunch. "As a company, we can do more to keep the bar high and expect more from ourselves and each other."

Khosrowshahi said the restructuring aims to put the market team and company back on track.

“Today there is a general feeling that as we have grown rapidly, we have slowed down. You can see it in the Pulse Survey feedback and questions on all hands, and you can feel it in much of our daily work. This happens naturally as companies grow larger, but it's something we have to address and quickly, "he wrote.

Uber's first quarterly earnings report when a listed company provided a snapshot of a growing business with amazing operating losses. Sales increased 20% to $ 3.1

billion, compared to $ 2.5 billion in the same period last year, and gross bookings increased 34% to $ 14.6 billion in the first quarter, with Uber Eats driving much of that growth

But operating loss exploded 116% to $ 1 billion in the first quarter compared to the same last year.

In June, Chief Operating Officer Barney Harford and Chief of Marketing Rebecca Messina withdrew as part of a organizational shake that started just one month after the race was published.

once, Khosrowshahi explained in an email to employees that the changes were prompted by his decision to more direct control other core parts of the business. Khosrowshahi told employees he wants to become even more involved in the day-to-day operations of the largest businesses, the core platform of Rides and Eats, and has decided to report directly to him.