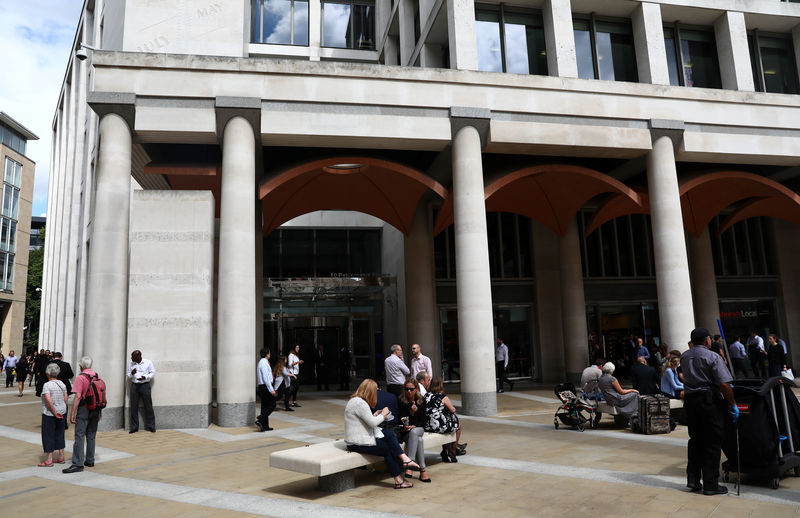 LONDON (Reuters) – World stocks hit a four-month high on Wednesday on hopes of progress in trade talks between the United States and China, with a backdrop at major central banks, helping push markets back into the black.

U.S. President Donald Trump said with China was going to be open to the deadline to complete them beyond March 1

Up to now, it was assumed U.S. Tariffs on $ 200 billion worth of Chinese imports would rise to 25 percent from 10 percent after trade deal was reached by then.

"The overall feeling is that it is one step forward, three-quarters of a step back at the moment. So positive momentum but still fragile," he said in a note.

While hoping for a trade deal between the world's two largest economies are seen as the primary driver for world stocks, including central bank messages are also playing a part.

New York Fed President John Williams (NYSE 🙂 on Tuesday said he was comfortable with the level U.S. interest rates were at and that he had no need to raise again unless economic growth or inflation shifted to an unexpectedly higher gear.

Investors are also looking to release on Wednesday of minutes from the Federal Reserve's January meeting, at which policy makers effectively signaled no further rate hikes and possible tweaks to its balance sheet normalization.

In Europe, expectations have been growing that the European Central Bank will restart a program to provide long-term cheap loans to a fall-back economy, while The Bank of Japan has flagged its readiness to ease further.

MSCI's broadest index of Asia-Pacific shares outside Japan rose much more than 1.1 percent to market its highest levels since Oct. 2.

Hong Kong gained as much as 1.3 percent to six-month highs, while Korea's Kospi and Taiwan's index recovered to levels last seen in early October. Japan's added 0.6 percent to two-month highs.

On currency markets, the dollar steadied against a basket of major currencies, after suffering its biggest one-day loss of the month on Tuesday. It had also recorded big slides against the euro and sterling.

The greenback strengthened 0.2 percent against the yen after Japan recorded the biggest annual drop in exports in January for more than two years, and on recent dovish Bank of Japan signals.

Markets were also focused on news flow on the Brexit front, with sterling holding most of their gains following 1 percent surge on Tuesday as British Prime Minister Theresa May headed to push push forward.

The yuan rose as much as 0.6 percent against the dollar, its biggest intra-day gain in more than a month, after Bloomberg reported on Tuesday that the United States was trying to secure a pledge from China that it will not devalue the currency as part of a trade deal .

Oil prices hovered near 2019 highs, supported by OPEC led supply cuts and U.S. Iran and Venezuela sanctions, but further gains were capped by soaring U.S. production and expectations of an economic slowdown.

International futures stood at $ 66.30 per barrel, having hit a three-month high of $ 66.83 per barrel earlier this week.