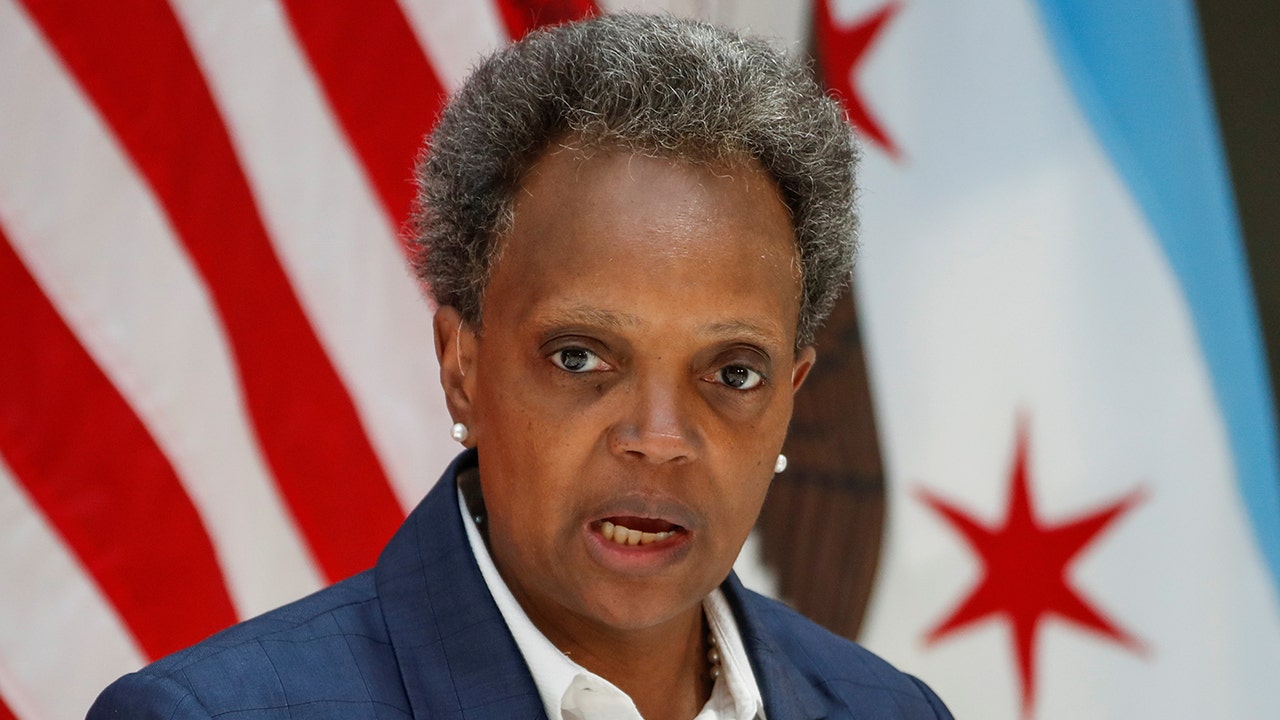 Chicago business owner Uzma Sharif lays out her plan to move her business out of the city and discusses the reasoning behind her decision to move forward with “Cavuto: Coast to Coast.”

Tyson Foods Inc. became the latest major company to announce its departure from Chicago, continuing a trend in the city that many have argued is a result of the city’s soaring crime rates and threatens to harm its most vulnerable population.

“You’re talking about a situation where you have a hollowed-out economy, where you have businesses leaving, there are no jobs,” Heritage Foundation senior research fellow at the Center for Health and Welfare Policy Robert Moffit told Fox News Digital last month. And the people who are desperately hurt by this are mostly low income and black and minority residents who suffer the most from this high crime rate.”[ads1];

Moffit’s comments came after McDonald’s CEO Chris Kempczinski took aim at Chicago in a speech in mid-September, arguing that the city’s rising crime rate has made it increasingly difficult for companies to operate or find employees.

Crime in Chicago has risen amid the Black Lives Matter riots and the defunding of the police movement in the wake of George Floyd’s death in 2020, with the city recording its deadliest year in a quarter century in 2021 with 797 murders.

Chicago Police Department Detective Chief Eugene Roy told Fox News Digital over the summer that the city has engaged in a “stealth defunding” of the police department by failing to provide adequate resources and staffing to the department when officers leave or retire.

The reality has seen crime increase in almost every category, something companies are taking note of as they look to the future.

Billionaire Ken Griffin announced earlier this year that he was moving his hedge fund firm, Citadel, out of Chicago because of rising crime, a move also made by mining equipment giant Caterpillar and Boeing, the world’s largest aerospace company.

“If people aren’t safe here, they’re not going to live here,” Griffin told the Wall Street Journal in April. “I’ve had several colleagues robbed at gunpoint. I’ve had a colleague stabbed on the way to work. Countless problems with break-ins. I mean, it’s a very difficult backdrop to draw talent to your city from.”

Chicago has also seen small businesses flee the area, and Gary Rabine, founder of the Rabine Group and owner of 13 businesses, told Fox News Digital last month that crime was behind his decision to take his bar coating business elsewhere.

“We’d do thousands of jobs a year in the city, but as we got robbed more, my guys running rollers and pavers we got robbed, our equipment was stolen in broad daylight and there would usually be a gun involved and it became expensive and it became dangerous,” Rabine said.

Rabine also pointed out that the increasing crime leads to increased costs in other areas, and pointed to increased expenses both for security for his businesses and insurance rates.

“What happened in the end is we said enough is enough,” Rabine said. “We stopped working down there, we stopped working for the gas company, the electric company, the south side, the west side and eventually all over Chicago. Those companies now work elsewhere. They work across the border in Wisconsin, the outer suburbs of Chicago, where they feel safer.”

Chicago Mayor Lori Lightfoot has defended the city in the wake of the exodus, arguing that business leaders like Kempczinski do not have a clear understanding of the situation.

“I think what would have been helpful is for the McDonald’s CEO to educate himself before speaking out,” the Chicago Democrat told reporters last month, pointing to a letter from World Business Chicago president Michael Fassnacht that she claimed “suggests in exact detail all good news, financial news, about what’s happening in our city.”

Tyson becomes the latest company to contribute to the trend, although executives refrained from publicly pointing to rising crime as a driver of the decision.

Bringing our talented corporate team members and businesses together under one roof opens up greater opportunities to share perspectives and ideas, while enabling us to act quickly to solve problems and provide the innovative products and solutions that our customers deserve and values,” Tyson CEO Donnie King said in a release announcing the decision, noting that the employees would relocate to the company’s global headquarters in Arkansas.

Still, Rabine argued the city will continue to lose businesses as it struggles to attract talent to a city plagued by violence.

“If you want to have a good culture in your company, you have to have people who love being on the team and they don’t want to live in a violent area,” Rabine said. “They don’t want to live in a place where their kids can’t go to school safely and their wives and kids can’t shop in a beautiful environment like Michigan Avenue, which was once the safest place you could ever shop.”

Lightfoot’s office did not immediately respond to a Fox Business request for comment.