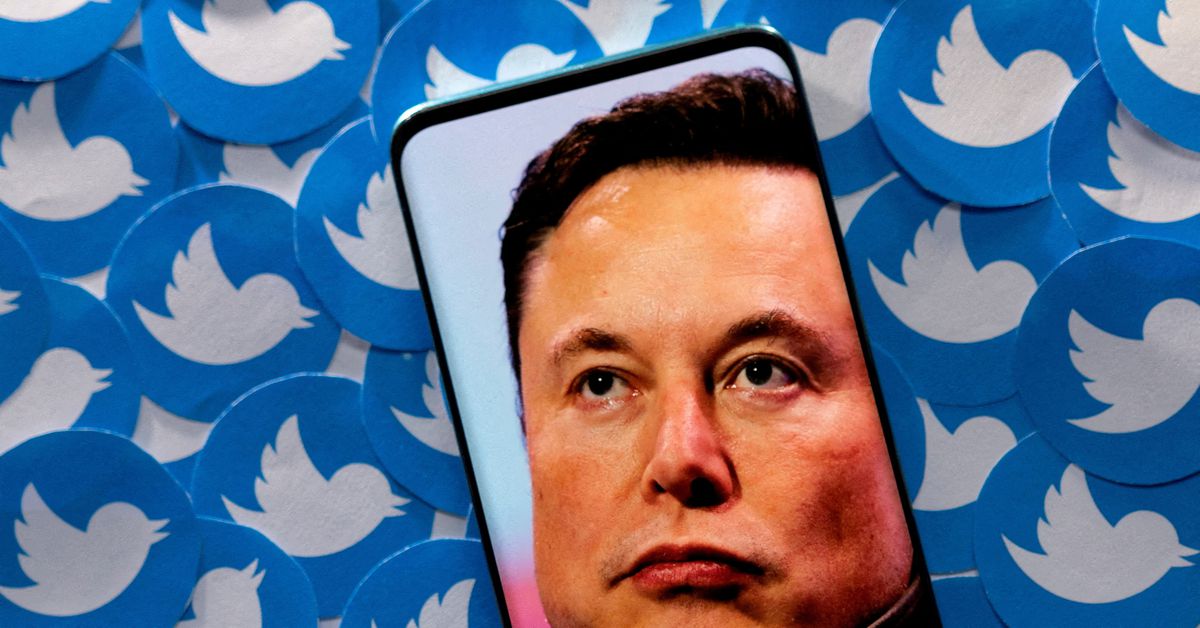 Dec 15 (Reuters) – Twitter on Thursday suspended the accounts of several prominent journalists who recently wrote about its new owner Elon Musk, with the billionaire tweeting that rules banning the publication of personal information apply to everyone, including journalists.

In response to a tweet about the account suspensions, Musk, who has described himself as a free-speech advocate, tweeted: “Same doxxing rules apply to ̵[ads1]6;journalists’ as anyone else,” a reference to Twitter rules that prohibit the sharing of personal information. called doxxing.

Musk’s tweet referred to Twitter’s Wednesday suspension of @elonjet, an account that tracks his private jet in real time using data available in the public domain. Musk had threatened legal action against the account operator, saying his son had been mistakenly followed by a “crazy stalker”.

It was unclear if all the journalists whose accounts were suspended had commented or shared news about @elonjet.

“Criticizing me all day is perfectly fine, but doxxing my real-time location and putting my family at risk is not,” Musk tweeted Thursday.

He had tweeted last month that his commitment to free speech extended “even to not banning the account after my flight, even if there is a direct personal security risk”.

He tweeted on Thursday that there would be a seven-day suspension for doxxing, following that up with a poll asking Twitter users to vote on when to reinstate the doxxed accounts.

He then said he had offered too many options on the referendum and would redo it, after results showed around 43% voted to reinstate the accounts “now” – the biggest share for any option.

The suspensions reflect chaotic actions at Twitter since Musk took over, including rapid firings of senior management and thousands of employees, scrutiny of how much to charge for Twitter’s subscription service Twitter Blue, and the reinstatement of banned accounts, including that of former President Donald Trump.

Among the journalist accounts suspended Thursday was Washington Post reporter Drew Harwell (@drewharwell), who wrote on social media platform Mastodon that he had recently written about Musk and posted links to “publicly available, legally obtained data.”

However, Harwell was able to speak on a Twitter chat with other reporters late Thursday night, a chat that Musk himself briefly stopped by.

“You dox, you are suspended. End of story,” Musk said on the chat as Harwell dismissed the claim that he had revealed Musk’s real-time location, saying he had simply posted about @elonjet.

Mac recently posted a series of Twitter threads about the @elonjet suspension and interviewed Jack Sweeney, the 20-year-old operator of the account.

A spokesperson for The New York Times called the suspensions “questionable and unfortunate. Neither The Times nor Ryan has received any explanation as to why this happened. We hope that all of the journalists’ accounts are restored and that Twitter provides a satisfactory explanation for this action.”

CNN said it had asked Twitter for an explanation of the suspensions and would reevaluate its relationship with the platform based on that response.

The other journalists could not immediately be reached for comment.