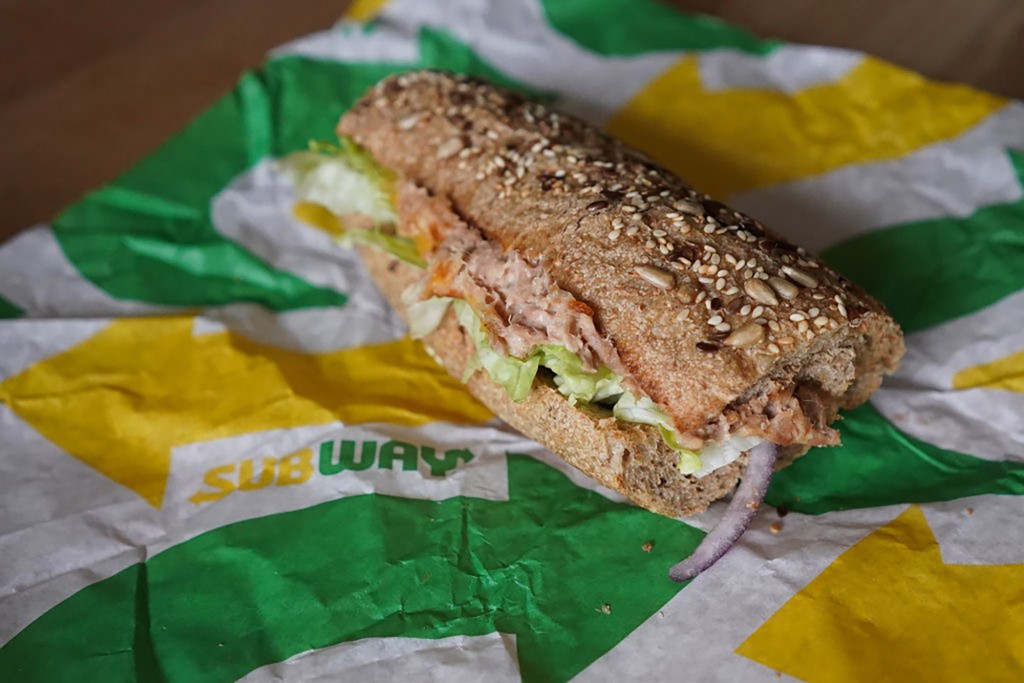 A modified lawsuit accusing Subway of defrauding the public of its tuna sandwiches now claims that the alleged mysterious meat actually contains traces of chicken, pork and cattle DNA, according to new laboratory tests.

This is the third amended lawsuit against Subway this year by Karen Dhanowa and Nilima Amin in the federal court in San Francisco, near their homes in Alameda County.

The latest version, filed on Monday, said the two collected 20 tuna samples from 20 Subway restaurants in Southern California and submitted them for testing at the Barber Lab at UCLA’s Department of Ecology and Evolutionary Biology.

Nineteen of the 20 samples contained “no detectable DNA sequences for tuna at all,”[ads1]; the laboratory found, according to the lawsuit.

In addition, all 20 samples contained “detectable sequences of chicken DNA”, according to the complaint, while 11 samples were found to have pork DNA and seven contained bovine DNA.

The alleged discovery of other animal DNA in the meat Subway pretends to be tuna, not only undermines the company’s marketing of “100 percent tuna”, but also opens up the sandwich chain for a number of potential ethical violations related to dietary and religious restrictions.

Dhanowa and Amin claim in the amended complaint that Subway stores across California do not pay enough attention to protecting the supply chain for tuna, where contamination may occur.

“The defendants do not take sufficient measures to control or prevent the known risk of counterfeiting their tuna products. On the contrary, they are actively pursuing actions and steps that encourage mixing or allowing non-tuna ingredients to enter tuna products, “the lawsuit states.

Subway, for its part, has come a long way in defending the integrity of its tuna sandwiches. Since the first lawsuit in January, Subway has launched a new page on its website stating, “SUBWAY TUNA IS REAL TUNA.”

“The complainants have submitted three unfounded complaints, and changed the story each time. This third, last amended claim, was filed only after their previous complaint was rightly rejected by a federal judge, the spokesman said.

“Our legal team is in the process of evaluating the plaintiffs’ changed claims, and will again submit a new proposal to dismiss this ruthless and inappropriate lawsuit. The fact remains that Subway tuna are genuine and strictly regulated by the FDA in the United States and other government entities around the world. “

The original lawsuit, filed in January, claimed that the meat was “deprived” of tuna. The second version of the complaint mitigated the allegations, claiming that the meat was not 100 percent sustainably caught skipjack and yellowfin tuna, as marketed.

U.S. District Judge Jon Tigar dismissed the second version last month, saying the plaintiffs did not show that they bought Subway tuna based on alleged misrepresentations, even though he did not determine the merits of the case.

Outside the courts, at least two news channels have conducted their own tests in an attempt to solve the meat mystery.

In June, the New York Times commissioned its own commercial laboratory tests of various samples of Subway tuna, and found that there was no “amplifiable tuna DNA” in the samples.

The following month, Inside Edition tested three samples of the meat and found that all had tuna.