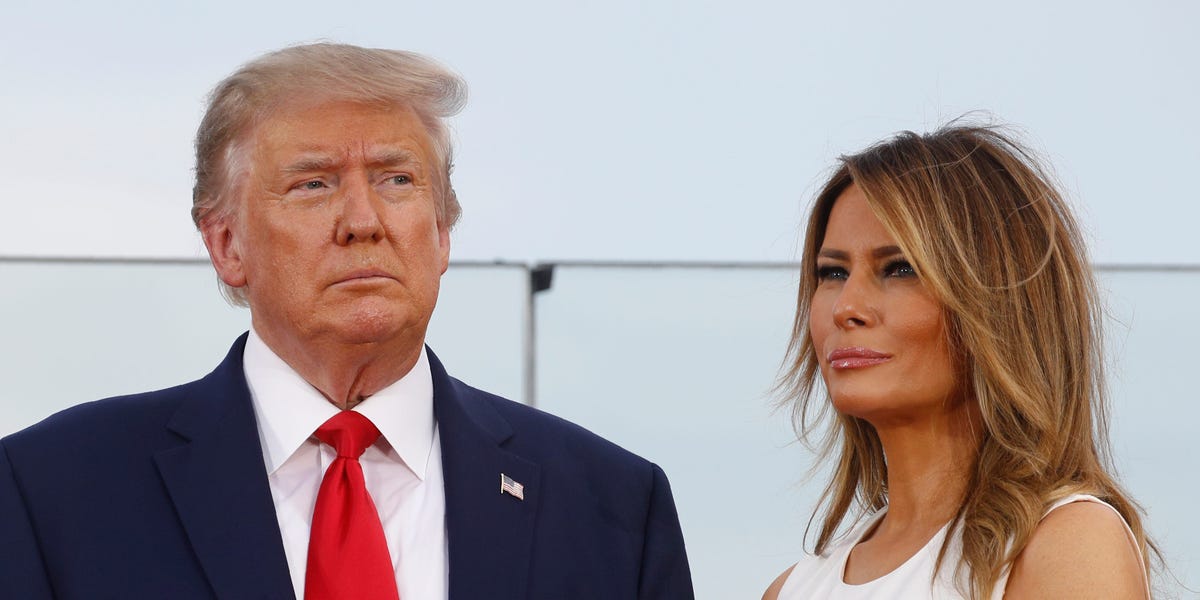 A co-founder of Trump Media & Technology Group, the company behind Truth Social, said former President Donald Trump pressured another executive to give some of his stock to Melania Trump and retaliated when the request was denied, according to a Washington Post report.

Will Wilkerson, who filed a whistleblower complaint about the company with the SEC in August, made the allegation in a story published by the outlet on Saturday. The Post, which obtained materials filed with Wilkerson’s complaint, detailed allegations of infighting and potentially illegal activity at the company.

Trump had been given a 90% stake in the company when it was founded, according to the SEC complaint. But Wilkerson told the Post that he was with co-founder Andy Litinsky in October 2021 when the latter received a call from Trump. At the time, the company had recently reached a merger agreement that would catapult the value of the stock. Wilkerson said the former president asked Litinsky to give some of his stock to Melania Trump.

Wilkerson told the Post that Litinsky responded, explaining that the gift would result in a tax bill he wouldn’t be able to pay: “Trump didn’t care. He said, ‘Do what you have to do.'”

Litinsky, a former contestant on “The Apprentice,” was removed from the company’s board five months later in what Wilkerson believed was retaliation. According to a March email obtained by the Post, Litinsky also believed he had been retaliated against.

“President Trump has for the past 2 months repeatedly demanded that I give my TMTG property to Melania Trump,” Litinsky wrote, according to a screenshot of the email published by the Post. “As I have informed him several times, I have earned that equity and also to ‘gift’ equity to Melania Trump would be a taxable event on which I cannot afford to pay the taxes.”

Litinsky also said Trump had threatened to “blow up the company” if his demands were not met, adding that he believed Trump was now “getting revenge” on him and that he would seek legal counsel, according to the screenshot of the email.

In a statement provided to Insider, a representative for the Trump Media & Technology Group touted the Post’s reporting and touted Truth Social’s successes.

“As chairman of TMTG, President Trump hired Devin Nunes as CEO to create a culture of compliance and build a world-class team to lead Truth Social,” the statement said, noting that the platform has launched on Apple and Google’s app- stores, attracting millions of users, and “carried out several feature updates.”

“Ignoring these achievements, the Washington Post published a story full of deliberately false and defamatory statements and other concocted psychodramas,” the statement continued. The statement did not directly comment on specific allegations.

Wilkerson, who served as senior vice president of operations, said he was fired Thursday after speaking with the Post, the outlet reported. Lawyers for Wilkerson did not immediately respond to Insider’s request for comment, but told the Post that he is cooperating with the SEC and New York prosecutors investigating Trump Media.