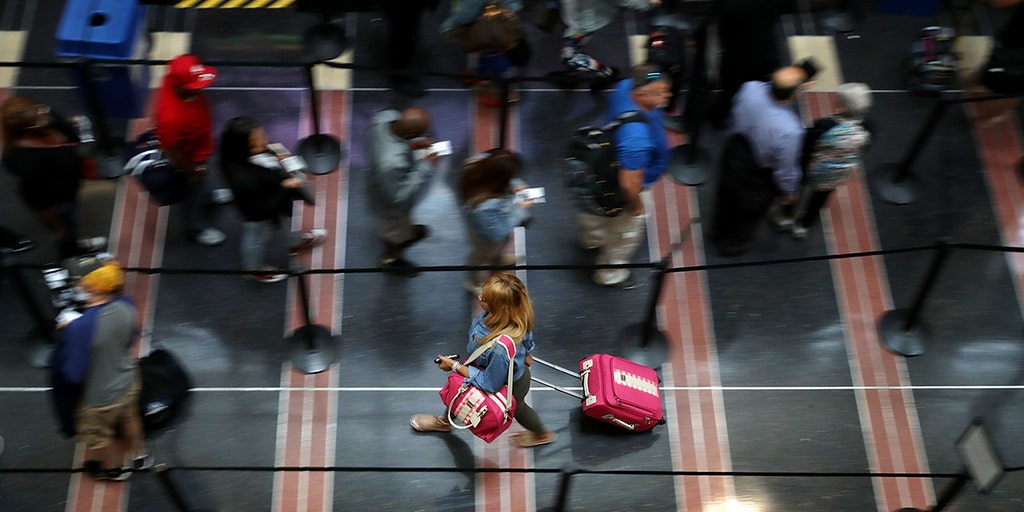 There’s nothing like the thrill of hitting the road on a Labor Day weekend trip. But we all know how quickly that excitement can dissipate when we encounter car problems or flight delays. AAA says it expects more than 545,000 car breakdowns for the holiday. Battery problems, flat tires and lockouts are the biggest problems people face. AAA spokesperson Robert Sinclair joins FOX Weather for more.

NEW YORK – Summer is coming to an end, which means millions of Americans will be hitting the roads and taking to the skies for Labor Day weekend.

And most people traveling will drive, with more than 80% of people taking their car as opposed to a plane.

HOW TO WATCH FOX WEATHER ON TV

AAA predicts this will be the busiest Labor Day travel weekend in three years, reaching pre-pandemic levels. Trends are similar to the busy Memorial Day and Fourth of July weekends this year. And whether you̵[ads1]7;re driving or flying, travel experts recommend leaving early in the morning or late at night.

– AAA expects that Friday 2 September will be the busiest travel day of the holiday weekend as we see travelers mixed with Friday afternoon commuters trying to get down to the coast, AAA Mid-Atlantic spokeswoman Jana Tidwell said. “Trying to get to the beaches during peak commute times is not going to be fun. It’s not going to be easy.”

Travelers move through one of the Transportation Security Administration lines at Ronald Reagan National Airport’s Terminals B and C on September 1, 2017, in Washington, DC.

Traveling outside rush hour will not only save you time, but also money by cutting down on the gas you’ll burn while sitting in traffic.

AAA is urging those who drive on the road this weekend to get their vehicle checked before a trip to avoid an accident. Robert Sinclair, AAA spokesperson, joined FOX Weather to talk more about Labor Day travel.

Gas prices have fallen since hitting the $5-a-gallon highs in June. Right now, $3.82 is the national average.

With high temperatures predicted as well, you won’t want to deal with any car problems on the side of the road in the heat. Be sure to check the battery before a road trip.

The FOX Forecast Center says models agree that much of the East will deal with stormy weather while the West will stay warm and humid through the Labor Day holiday.

AAA said the most calls received are for dead batteries and flat tires.

“The heat has a cumulative effect on car batteries, especially. And we’re on five heat waves at this point in the season,” Tidwell said.

AAA expects more than 545,000 breakdowns nationwide for the Labor Day holiday based on last year’s data.

Being stranded on the road can be dangerous for drivers, their passengers and those who come to help them. On average, a tow truck driver is killed every two weeks somewhere in the United States while helping a broken-down motorist, according to AAA.

While AAA says the majority of traveling Americans will be in the car, a large number are flying for the long weekend. FOX Weather’s Robert Ray reports from Hartsfield-Jackson Atlanta International Airport.

Just like your luggage, all major airports will be packed

For those taking to the skies this weekend, it is recommended to take the first flight of the day to avoid delays and use carry-on luggage to avoid lost luggage. International flyers should ensure that their passports have not expired.

All major airports will be packed, AAA expects, with domestic bookings up 22% and international reservations up 104% compared to last year.

“We expect to see about 1.6 million travelers coming in, out of or through (Atlanta’s) Hartsfield-Jackson (Airport) from Thursday through Tuesday after the holiday,” said Andrew Gobeil, director of communications at Atlanta Hartsfield-Jackson International Airport. “That’s slightly more than we projected last year; 1.3 million passengers at the same time. It looks like travel is coming back, like you need me to tell you, and things are picking up.”

Flyers should have the airline app on their phone so they can be notified of delays or cancellations.

The top domestic vacation destinations are Seattle, Orlando, and Las Vegas. Foreign travelers are heading to Italy, Canada and Ireland, according to data from AAA.

Be sure to plan your events up to nearly a year ahead with FOX FutureView in our free FOX Weather app, and be notified of forecast changes as they happen. Be it a wedding, holiday, family reunion or anything else you need to know the weather for; FOX FutureView can help you track and plan for it. See what’s coming, right on the home screen!.