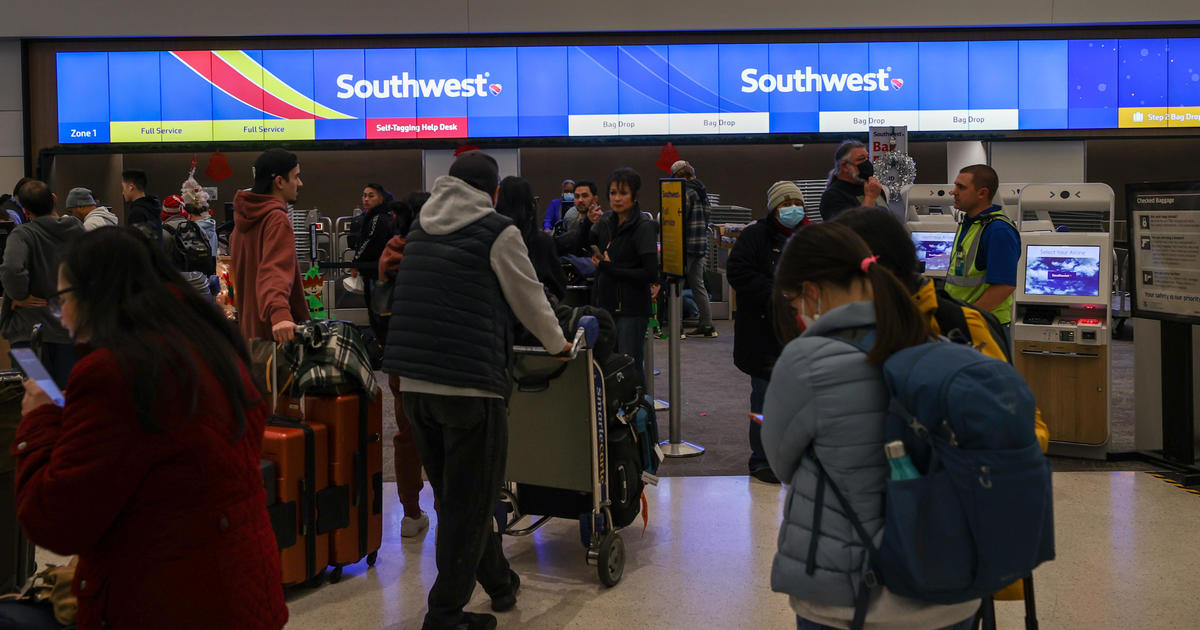 The winter storm that disrupted travel plans over the weekend and created an epic pile of flight cancellations for Southwest Airlines left the airline’s passengers “better frustrated,” as one added it to CBS DFW. Thousands of families were stranded, with some waiting days to board flights.

Talia Jones, a Southwest Air customer, told CBS DFW that she was “beyond frustrated and hurt because I can’t see my dad. So yeah, it’s very disappointing.”

As of 5 a.m. ET Tuesday, Southwest was responsible for an overwhelming majority of American cancellations for the new day, according to flight-tracking website FlightAware.com: 2,495 out of 2,809 for all carriers.

Two-thirds of Southwest’s flights had been canceled as of Monday afternoon, according to FlightAware.

Monday afternoon, the board at Dallas Love Field revealed that every single arrival had been canceled, according to reporter Kelly Laco.

The situation was described by one traveler as nothing short of a mess. As well as long queues taking up space, hundreds and hundreds of bags were waiting to be claimed as the cancellations and delays continued to pile up.

“It’s been hell,” said Denzil Smothers, whose flight was canceled.

“We expect further changes with an already reduced level of flights as we approach the upcoming New Year holiday period,” it said.

Southwest directed customers away from jammed phone lines, noting that they were experiencing “system issues” amid increased demand.

Spokesman Chris Perry said the airline’s online booking and check-in systems were still working, but had also stalled due to “abnormally high” volumes of traffic on its website. “We are accommodating as many customers as possible based on available space,” he told CBS News.

When Southwest blamed technology problems, the flight attendants’ union, Transit Workers Union 556, accused the airline of contributing to the problem by underinvesting in technology for years.