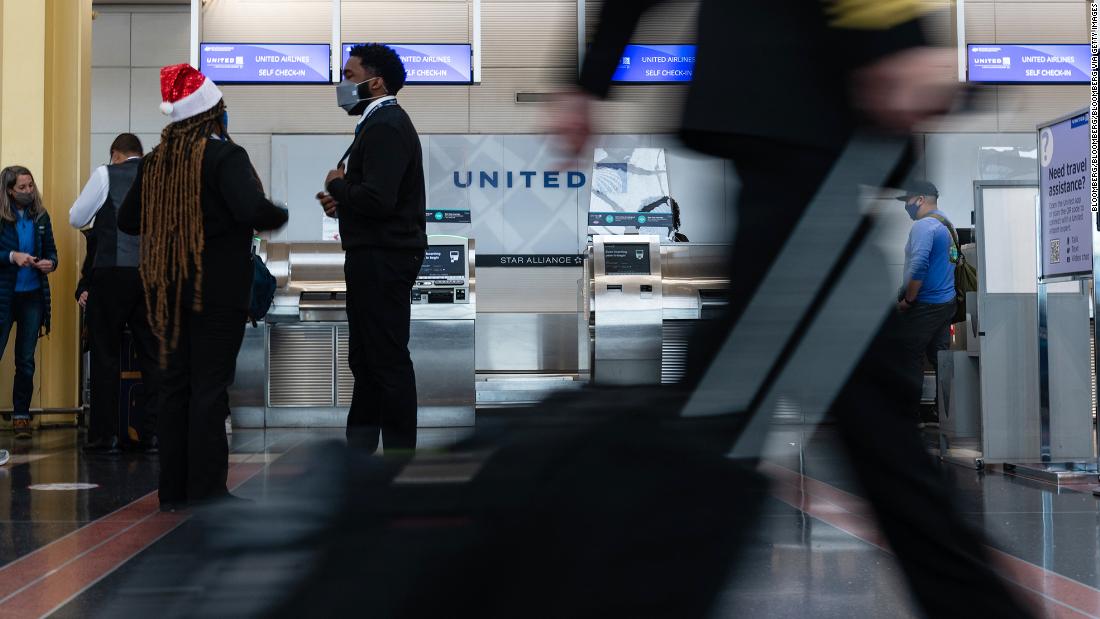 But it’s time to look ahead, because there’s another crunch time looming less than two months away: the 2022 winter break.

So put away the t-shirts, break out the jumpers and get ready for the winter holidays. Here’s what you should know:

When should I buy tickets for winter holiday flights?

Decisions about when to buy airline tickets seem more complicated than ever. Prices change daily, even hourly. The staffing and capacity consequences of the pandemic are still being felt.

But October is probably the best window of opportunity. In other words, NOW.

“Typically … travelers tend to start planning vacations too late, and they miss out on some of the best prices available,”[ads1]; said Hayley Berg, chief economist at Hopper, the travel planning and booking app. And she told CNN Travel that she’s seeing people waiting later than ever to seal the deal during the pandemic.

“Especially for the holidays, it’s a real problem because now is actually the best time to book Thanksgiving and Christmas travel,” Berg said.

Hopper suggested in an email to wait until mid-October at the latest.

It’s not just a price issue, Berg said. She also noted another risk of waiting: “Flights can be completely sold out on the dates you want to fly.”

Scott Keyes, the founder of flight deals and travel advice website Scott’s Cheap Flights, told CNN Travel that the very best deals were actually this past summer (keep that in mind for 2023). But don’t be discouraged this year, he said.

“The next best time to book flights is now — because the worst time to book them is to wait until the last minute,” Keyes said. “If you haven’t booked these flights already and you’re really hoping to travel over the winter break, try to get it booked in the next week or two.”

Keyes believes airfares are likely to get more expensive, not less, as we approach Thanksgiving and Christmas.

Phil Dengler, co-owner of travel resource The Vacationer, uses a popular fall vacation as a guide.

“I see Halloween as the deadline to get a reasonable price on a Thanksgiving flight, but aim to be booked before then,” Dengler said in an email interview. “After Halloween, prices will increase significantly as Thanksgiving approaches. For Christmas flights, you should really book before Thanksgiving, but the best deals are between now and Halloween.”

An Alaska Airlines flight arrives at Los Angeles International Airport on October 2. How you plan your ticket purchase can depend on many personal factors in addition to the airline’s prices.

So should you wait? A lot depends on personal factors like your budget and how flexible you are with your flight plans, AAA told CNN Travel. If you don’t have a lot of wiggle room, it may not be worth the risk to wait for a chance at a lower price.

“Airlines have fewer flights than they did in 2019, which means fewer options for consumers,” said AAA’s Paula Twidale, senior vice president of travel. “With staff shortages and capacity at peak, you run the risk of delayed or even missed flights, especially if the weather plays a role.”

What are the best days to fly for Thanksgiving?

Expedia shared some information about when to travel for Thanksgiving (Thursday, November 24):

To save money, the tour company suggested waiting until Monday (Nov. 21) to travel instead of Saturday (Nov. 19) and Sunday (Nov. 20), “as the weekend is the most expensive time to start the Thanksgiving week trip.”

Average ticket prices for Monday are more than 30% lower than Saturday and almost 15% cheaper than Wednesday (November 23), it said.

Hopper also suggests flying Thanksgiving Day if you can, offering savings of about $100 off peak fares. Plus planes should be less crowded.

Keyes said the Thanksgiving weekend comes with a bonus. “Thanksgiving is the hidden best week for international travel,” Keyes said.

Christmas and New Year’s are celebrated all over the world and therefore come with global demand, but Thanksgiving is just an American holiday, he said. Domestic flights are expensive, but not international.

“You’ll find some incredible deals across Europe during Thanksgiving week.” He said that in a fare check this week, he found a cheaper fare from New York City to Lisbon, Portugal ($429 round-trip) than to Cedar Rapids, Iowa ($567 round-trip).

What are the best days to fly for Christmas?

Hopper had advice on when to travel for Christmas (Sunday 25 December):

For departures, it said travelers can save $120 off peak fares by traveling on the Monday (December 19) or Tuesday (December 20) before Christmas. Traveling on Christmas Eve could save people about $100 this year, Hopper estimated. The website said to avoid flying out on Thursday (December 22) or Friday (December 23) as these will be the most expensive travel days.

Some other tips from the experts

Get your ducks in a row: “Preparation is the best way to reduce stress when flying over Thanksgiving and Christmas,” Dengler said. “If possible, book a direct flight early in the morning” on a lower volume travel day. He also recommended not checking a bag if possible.

Treat yourself: If you fly several times a year or more and value a low stress level, Keyes suggested getting a credit card that includes “compelling benefits.” That includes access to special airport lounges that take you away from the crowds and offer free food, drinks and even massages.

Avoid the rush: If you’re driving, Twidale said you need to go early in the morning before rush hour or after 5 p.m. 8 p.m. If you need a rental car, reserve it early to lock in the price and pay in advance to save money. If you are flying but driving to the airport, reserve parking spaces. She also suggested signing up for TSA Pre-check to bypass long security lines.

Hotels: Berg said that if you’re headed to a big city (think New York, Chicago, etc.), you’ll likely get a better deal if you wait until just a few days before your arrival date to book the room. The caveats: This is for people who aren’t dead set in a particular hotel or neighborhood. And for smaller cities, she said people should still book earlier since choices are limited.