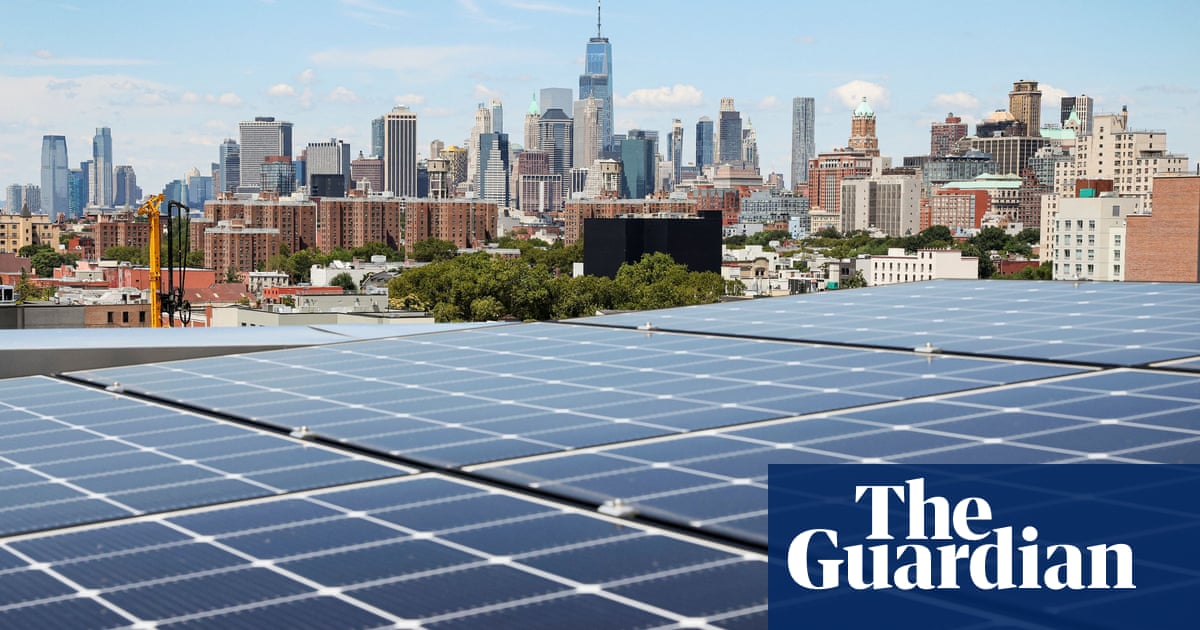 Buried on page 667 of the Inflation Reduction Act is a climate policy that has been under development for more than a decade.

The Greenhouse Gas Reduction Fund provides $27 billion in funding for projects aimed at reducing US global warming emissions. Some of those funds, roughly $7 billion, will be dedicated to clean energy deployment in low-income communities — but the vast majority of the funds will be used to create America̵[ads1]7;s first national green bank, an initiative long championed by climate activists. These activists hope that the National Green Bank, which will provide ongoing financial assistance to expand the use of clean energy across the country, will accelerate America’s transition away from fossil fuels.

With the Green Bank’s assistance, local communities that want to strengthen their nascent renewable energy industry will have increased access to financing that can bring them closer to achieving their climate goals.

“This is, I think, one of the most exciting and transformative investments and programs in this new law,” said Sam Ricketts, co-founder of the climate group Evergreen Action. “The significance of a national clean energy accelerator is that it is a national entity, with a national mandate to fund these projects in every state.”

The creation of the national green bank reflects years of work by climate experts and their allies on Capitol Hill. A green banking proposal was included in the Waxman-Markey climate change bill of 2009, which never passed the Senate. The idea has been tossed around ever since, but never materialized — until last month, when Joe Biden signed the Inflation Reduction Act, the Democrats’ massive spending package, into law.

“The climate test is simple: jobs, justice and climate. The National Climate Bank does all three, Edward Markey, a Democratic senator from Massachusetts, said of the new initiative. “Through this bank, local climate and clean energy entrepreneurs will leverage the funding to promote green initiatives and infrastructure in their communities while creating good, local jobs.”

The National Bank will help the work of existing state and local green banks, which have already flourished in more than a dozen states.

The New York green bank has lent more than $1 billion since it was created in 2014 as it has worked with the private sector to expand the use of clean energy technology. One of New York’s Green Bank initiatives, the Community Solar Program, has allowed residents who may not be able to install solar panels on their roofs to instead subscribe to an off-site solar project, thereby reducing participants’ energy costs.

Richard Kauffman, the head of the New York State Energy Research and Development Authority that launched the green bank, cited the community’s solar project as an example of how such financial institutions can be put to best use. Before the Green Bank of New York became involved, traditional lenders were hesitant to approve financing for community solar projects because of the potential financial risk associated with such initiatives.

The Green Bank of New York helped reduce these risks by reviewing the documentation and contracts involved in the project, while also beginning to lend funds at a low interest rate. These green bank loans established a record of repayment that then made traditional lenders more comfortable putting their own money into community solar initiatives, expanding the implementation of such programs.

“The intent of the Green Bank of New York was to provide financing for these projects where the issue was not the cost of financing, but the availability of financing,” Kauffman said. “There are a lot of community solar projects across the state now. They really benefited from the pioneering role that the Green Bank took to establish the market.”

State and local banks have really helped to identify the great need for such lending institutions in the United States. Reed Hundt, former head of the Federal Communications Commission under Bill Clinton and co-founder of the Coalition for Green Capital, said his group had identified $21 billion in backlogs of clean energy projects at state and local green banks.

The National Green Bank will help address this backlog while providing a more streamlined process for getting clean energy projects off the ground at the local level.

“As the saying goes, you need money to make money,” Hundt said. He added that the national funding could help provide the financial support needed to transform clean energy supply chains, which in turn could lower the cost of such technology for American consumers.

The existing state and local green banks in the USA have shown how such loans can be a good investment. According to the Coalition for Green Capital, 99.62% of state and local green bank loans in the United States have been repaid to the lender. These payments have made green banks self-sustaining, allowing them to invest more funds in projects aimed at reducing global warming emissions.

“That’s the kind of money that’s going to continue to work. It’s not just going to go away as a grant and not be seen again,” Ricketts said. “This is going to be a self-executing, self-sustaining financial institution that will continue to… recycle through the initial capitalization to continue doing its work. It’s a feature, not a bug, and that’s one of the more exciting parts of it.”

Climate experts have stressed that the accelerated timeline for the deployment of clean energy in the US is crucial, as the world has little time left to avert climate catastrophe. The Intergovernmental Panel on Climate Change warned earlier this year: “Any further delay in concerted global action will miss a short and rapidly closing window to secure a livable future.”

Combined with other climate provisions in the Inflation Reduction Act, the National Green Bank could play an important role in meeting Biden’s goal of halving US emissions by the end of the decade.

“We need to accelerate adoption to reduce emissions before it’s too late. It’s that simple. We have to make the market move faster than it would otherwise, said Hundt. “We simply do not have the ability to delay.”