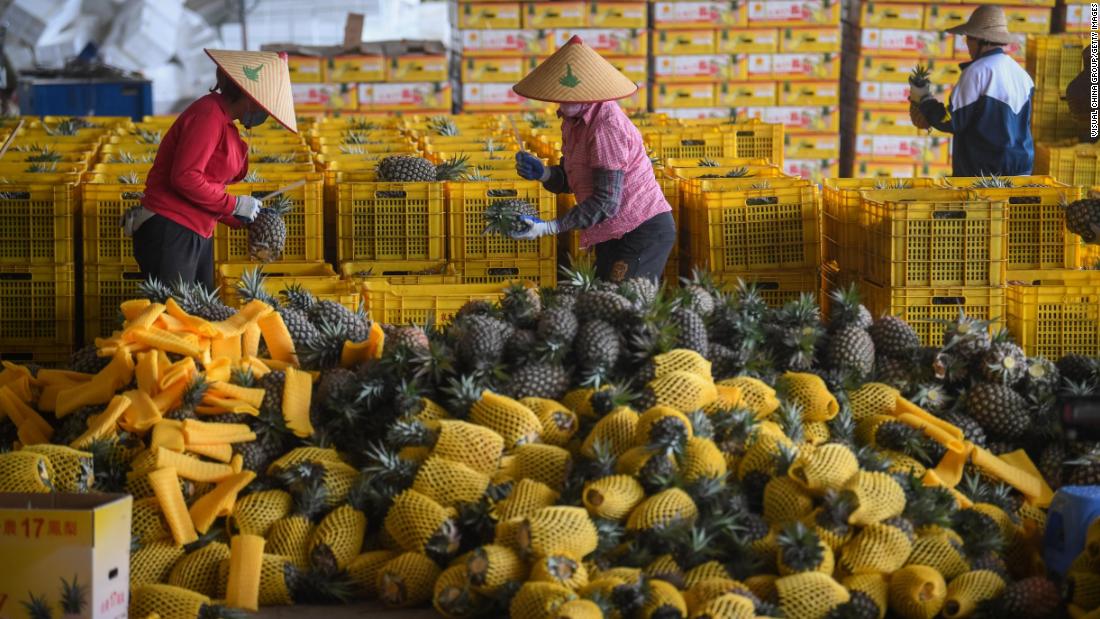 "Was the postponement a big surprise? Not really, but it's the news market wants to hear," said Societe Generale's currency strategist Kit Juckes.

Trump said he will meet Chinese President Xi Jinping "to enter into an agreement" if the talks continue to move forward.

Standout performance was in mainland China, where the reference Shanghai Composite jumped 5.6% and entered a beef market. It was the largest daily percentage gain since July 2015, according to Reuters.

Trump's comments and comments from Xi on the country's financial sector were cheered by Chinese investors. Xi said on the weekend that China would strengthen its financial sector's ability to serve the real economy.

It includes "the need to establish a standard, transparent, open, dynamic and robust capital market", according to a report by Xinhua.

2. The largest show in mobile technology: Mobile World Congress is on its way in Barcelona, ​​and a company is waiting a lot over the event – China's Huawei.

It took hold of Sunday's Sunday by uncovering a collapsible 5G unit with an eye-catching price tag. The cheapest version of Mate X, set to compete with Samsung's recently announced Galaxy Fold, goes for $ 2600.

The devices are clearly innovative, but it may take a while before consumers can take full advantage of their features.

"No matter how cutting-edge and technology advanced the new device is, it will take a lot of time for a critical mass of consumers to experience the benefits of folding phones and 5G technology," said Thomas Husson, analyst at Forrester. CNN Business.

Huawei's standoff with the United States is also likely to draw in many of the conversations this week about the future of wireless technology. Huawei is a vital part of China's efforts to promote super-fast 5G networks, but it has been termed a national security threat by the United States, lobbying other countries without using the equipment.

"This is not something that should be decided by politics," said Huawei leader Guo Ping on Sunday in Barcelona. The company has repeatedly denied that its products constitute a security threat.

Guo said he hoped that "independent sovereign states" would make "independent decisions based on their own understanding of the situation and would not just listen to others' orders."