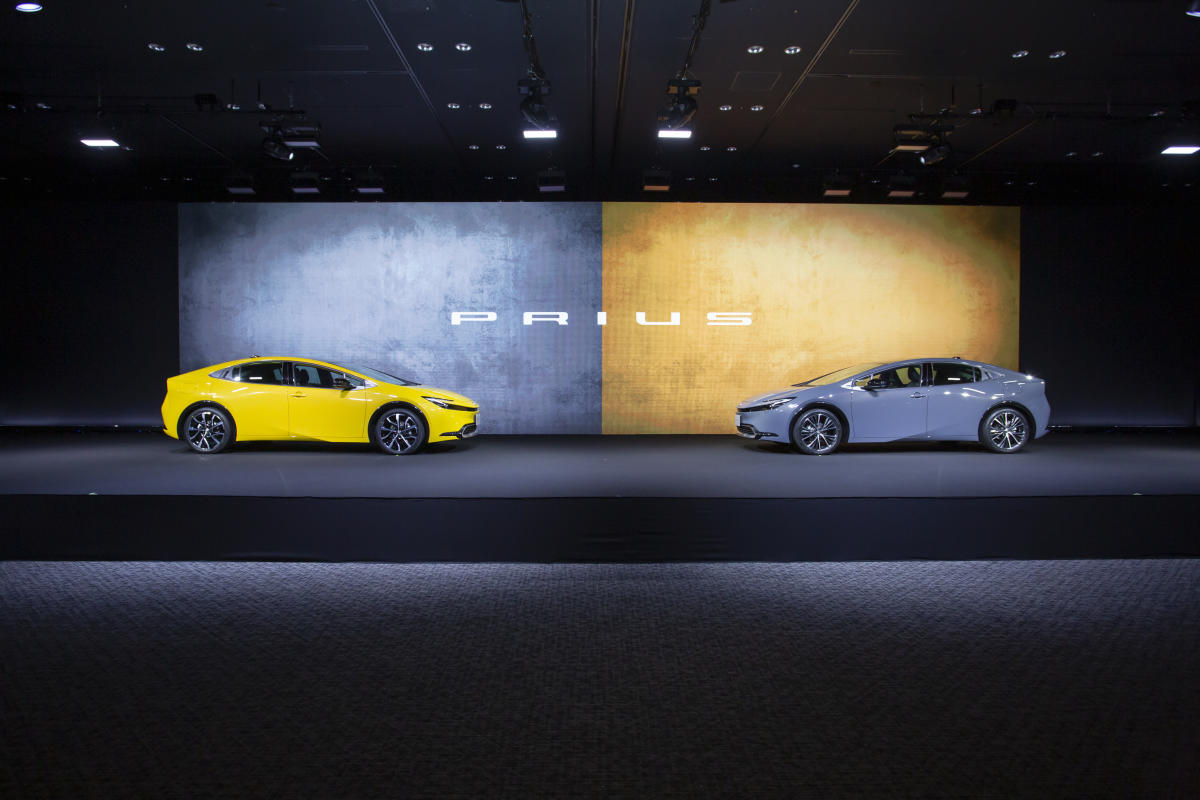 Simon Humphries, general manager of Global Toyota Design who unveiled the car in Tokyo on Wednesday, emphasized that the company is still defying skeptics who continue to ask how much longer the Japanese automaker will stick with hybrids in a rapidly electrifying industry.

“Simply because the Prius is an eco-car within everyone’s reach. To achieve carbon neutrality, everyone in the world must participate. We need ecological solutions within reach of the many. And it must start today, not tomorrow, he told reporters.

Fifth-generation Prius hybrid models go on sale this winter first in Japan and then the US. A plug-in version will hit the market next year, according to Toyota Motor Corp. Prices were not announced.

The automaker replaced an older nickel-metal hydride battery with a smaller, lighter lithium-ion battery. The result is almost double the horsepower, faster acceleration and 50% longer range.

The Prius, which first went on sale in 1[ads1]997, switches back and forth between a gasoline engine and an electric motor to provide cleaner operation than models with conventional combustion engines.

Electric cars have zero emissions, but must be recharged. Some consumers are worried about running out of juice on the roads. A hybrid always has the gas engine as backup.

Toyota has sold a total of more than 20.3 million hybrid cars, including Prius cars, worldwide so far. Prius, which means “pioneer” or “first” in Latin, has defined Toyota as a brand as much as its Lexus luxury models.

Still, Toyota has sometimes been criticized by environmentalists for dragging its feet on electrification, although some analysts say it’s a little unfair given that other automakers also have few electric cars in their lineup, and many others have developed various hybrid models.

“The sale of more hybrid cars, including the Prius, is dragging us further into the climate crisis,” said Daniel Read of Greenpeace East Asia, based in Tokyo.

Humphries said the new Prius was set to be more stable, with a lower center of gravity, with larger tires, curved lines for its overall design and a fancy interior.

He said it was more an expression of love than a commodity. Creating hybrid cabs or offering them to other manufacturers could also be steps to spread the technology, he added, which Toyota chose to counter.

“We really believed that the next step for the Prius was to become a ‘car without compromise’ to increase its appeal to the customer,” Humphries said, standing in front of a screen that splashed the words: “We chose love.”

The Prius, with its renewed style and efficiency, will compete better not only with other hybrid models, but also with the available generation of all-electric vehicles, said Stephanie Brinley, lead automotive analyst for S&P Global Mobility.

The Prius models have always served as a kind of bridge to an era when there are more charging stations for electric cars, said Brinley, who believes the new Prius stands up better against hybrids and plug-ins from Hyundai, Kia, Ford and Jeep.

Adding 50% to the battery range, which equates to about 38 miles (61 kilometers), can go far enough to cover the average American driver’s commute and errands around town. The hybrid drivetrain allows road trips without worrying about a charging network that is not yet complete, Brinley said.

“It will really make for more confident driving,” she said.