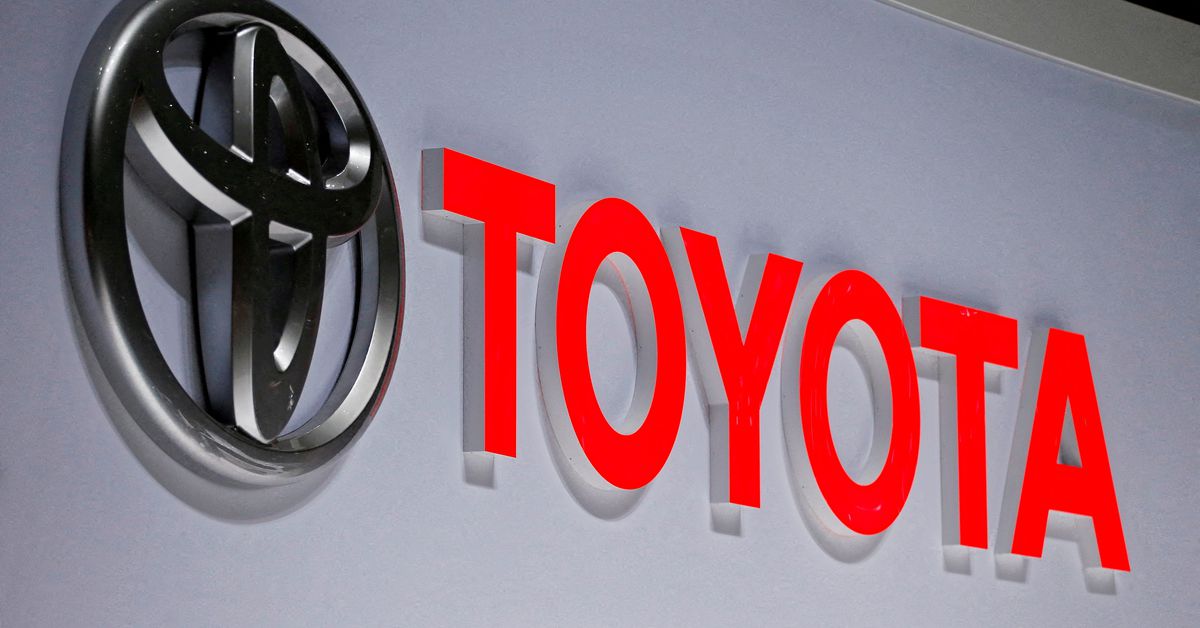 The world’s largest carmaker by sales also warned that it was still difficult to predict the future after posting its fourth straight quarterly profit decline, underscoring the strength of its business headwinds.

During the coronavirus pandemic, Toyota fared better than most automakers in managing supply chains, but it fell victim to the prolonged chip shortage this year, repeatedly cutting monthly production targets.

“We are out of the worst phase, but … it is not necessarily a situation where we are fully supplied,” said Kazunari Kumakura, Toyota’s purchasing group head. “I don’t know when the chip shortage will be solved.”

Operating profit for the three months ended September fell to 562.7 billion yen ($3.79 billion), well below an average estimate of 772.2 billion yen in a poll of 12 analysts by Refinitiv. Toyota sales reported a profit of 749.9 billion yen a year earlier, and 578.6 billion yen in profit in the first quarter.

Kumakura said the global auto chip shortage continues, as chipmakers have prioritized supplies for electronics such as smartphones and computers, while natural disasters, COVID shutdowns and factory disruptions have slowed a recovery in auto chip supplies.

Some analysts were underwhelmed by the performance, saying other positive factors beyond the chip shortage should have provided a boost.

“Considering these points … the absolute sum of profit in the second quarter must be higher than that of the first quarter. That is very unimpressive.”

Output rose 30% in the quarter, but the company warned last week that shortages of semiconductors and other components would continue to limit production in the coming months.

Toyota said it now expects to produce 9.2 million cars this fiscal year, down from earlier forecasts of 9.7 million, but still ahead of last fiscal year’s production of about 8.6 million units.

Reuters reported last month that Toyota had told several suppliers that it was setting a global target for the current business year at 9.5 million vehicles and signaled that the forecast could be lowered, depending on the supply of electromagnetic steel sheets.

The yen has plunged about 30% this year against the US dollar, but the benefit of the cheap yen – which makes overseas sales worth more – has been offset by soaring input costs.

The weak yen boosted profits by 565 billion yen in the first half of this fiscal year, but the gain was more than wiped out by a 765 billion yen increase in material costs, with the cheap local currency pushing up import costs further, Toyota said.

Toyota kept its earnings outlook conservative, sticking to its full-year operating forecast of ¥2.4 trillion for the fiscal year to March 31 – well below analysts’ average forecast of ¥3.0 trillion.

Toyota, once a darling of environmentalists for its hybrid gasoline-electric models, is also under scrutiny from green investors and activists for its slow push into fully electric vehicles (EVs).

Just a year into its $38 billion EV plan, Toyota is already considering restarting it to better compete in a market that is growing beyond estimates, Reuters reported last month.

In a reputational hit, earlier this year Toyota had to recall its first mass-produced all-electric vehicle after just two months on the market due to safety concerns, halting production. It resumed taking leasing orders last month for the domestic market.

Toyota reiterated on Tuesday that battery-powered electric cars are a powerful weapon for decarbonisation, but that there are several other options to achieve the goal.