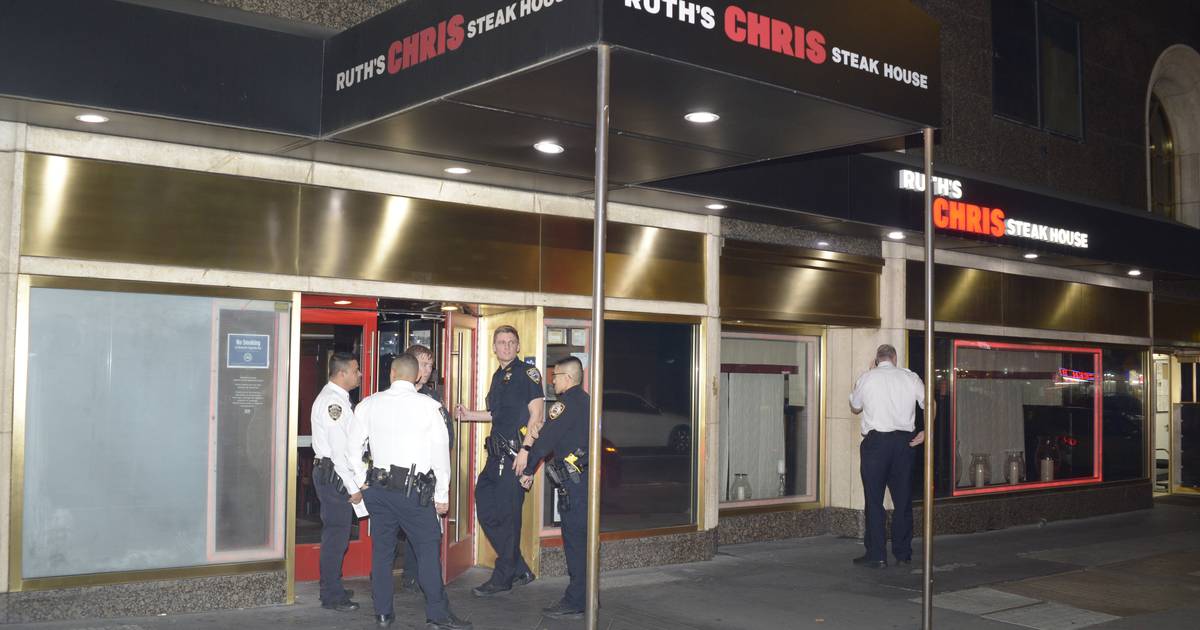 A beef over bad behavior at a Midtown steakhouse ended with a Massachusetts tourist being stabbed twice by a diner at a nearby table, police said Saturday.

A Manhattan woman was arrested hours after the red meat in which police said the suspect became enraged Friday night after the 24-year-old victim’s wife made lewd remarks about the service and waiters at Ruth’s Chris Steak House, police said.

Customer Joan Thompson, 41[ads1], intervened in the argument between his wife and a worker before she grabbed a steak knife and stabbed the man in the lower back and armpit just after 10 p.m. at the restaurant on W. 51st St., police said.

Thompson was charged with aggravated battery and menacing, police said.

“I’ve never been to Ruth’s,” said Bob Ostrow, who was staying at an adjacent hotel. “But if you’re going to start a fight, you don’t want to do it in a steakhouse. There are too many sharp knives!”

Police spent Friday night looking for surveillance video to help identify the suspect before she was taken into custody. Thompson was sitting near the out-of-town couple when the breakdown began, and the situation quickly escalated when the suspect sided with the employees.

The victim, from Milford, Mass., was taken to Weill Cornell Medical Center by ambulance.

“When they brought him out he was holding his upper chest,” said a security guard at the neighboring Michelangelo Hotel. “He was stabbed and bleeding but was still talking when they put him in the ambulance.

Thompson and her dining companion fled the restaurant and took off on foot toward the East Side while witnesses called 911. She was arrested a little more than four hours after the stabbing.

A restaurant worker, who declined to be named, described the incident as “stupid” and “a fight between customers that just got out of hand”. Another employee disputed the woman’s complaints about her treatment by staff.