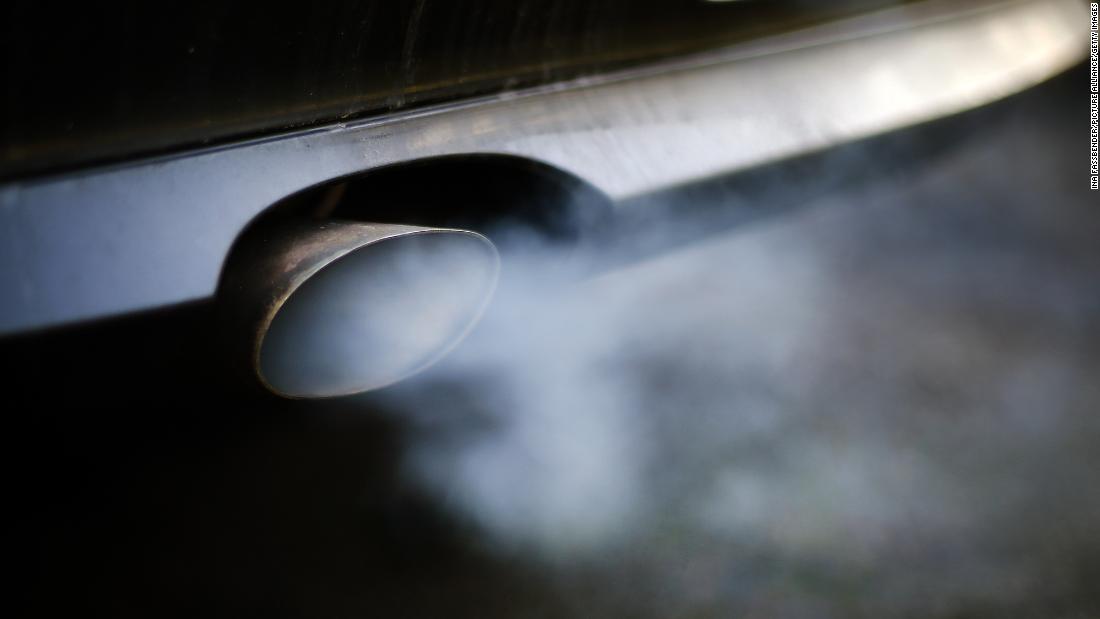 The UN climate summit in Glasgow, led by the UK, called on governments, manufacturers and investors to promise to “work to ensure that all sales of new cars and vans have zero global emissions by 2040, and by 2035 in leading markets,” according to a statement issued Wednesday.

The non-binding promise was promoted by the summit’s organizers as central to the work of keeping carbon emissions in line with the Paris Agreement of 2015, which seeks to limit the increase in global temperatures to 1.5 Celsius above pre-industrial levels.

The UK, Canada, India and Poland, plus 19 other countries, signed the pledge, but the list did not include the world̵[ads1]7;s largest car markets: China and the United States. Germany, home to Europe’s largest car industry, was also not ready to support it.

German Environment Minister Jochen Flasbarth accused the British presidency of adding an “unnecessary barrier” by adding a footnote to the declaration which would also ban synthetic fuels.

“What is seriously worrying today is that large economies such as the United States, Germany, China, Japan and manufacturers such as VW, Toyota and Hyundai could not even get themselves to sign a declaration on electric vehicles that promises less than what is actually required. to maintain climate security, “Martin Kaiser, CEO of Greenpeace Germany, said in a statement on Wednesday.

Toyota said in a statement that there was not enough time to put in place such a comprehensive policy by 2040, especially in parts of Asia, Africa and the Middle East, which lack “the environment to promote electrification.”

“Because of this, we found it difficult to commit to a joint statement and did not participate in the signing of it at this time,” the Japanese company said.

Volkswagen, which has invested heavily in electric cars and plans to build six “gigabytes” in Europe by 2030, said it was fully committed to this strategy “as the primary means of achieving zero-emission vehicles”.

However, like Toyota, it said that the 2040 deadline did not take into account the differences in the pace at which zero-emission vehicles would be used worldwide. It also said that any accelerated shift to electric vehicles had to be “in line with an energy shift towards 100% renewable.”

“Although transformative speed is of the essence, the pace of transformation will still vary from region to region … depending on, among other things, local political decisions that drive EV [electric vehicles] and infrastructure investments, “it said in a statement.

BMW also refused to sign the pledge because of what it called “significant uncertainty” about how a complete global shift to zero-emission vehicles would be supported, especially across significantly different markets.

The company said it had zero-emission technology “ready today” and that models of the Rolls Royce and Mini brands built from the early 2030s onwards would only be electric batteries.

Are you stuck in a slow lane?

However, some car manufacturers were ready to support the COP initiative.

Ford (F) signed the pledge and said it expected up to 40% of global vehicle production “to be fully electric by 2030”. General motors (GM) also supported the statement.
Mercedes-Benz owner Daimler (I will) signed the COP26 declaration, but added that its own objectives were “even more ambitious”. It said it was preparing for Mercedes to go fully electric “by the end of the decade, where market conditions allow.”
Volvo (VOLAF), based in Sweden, signed up, after announcing its intention to only sell all-electric cars by 2030.
Uber (UBER) and Leaseplan also supported the promise.

Benjamin Stephan, Greenpeace Germany’s energy and transport campaigner, told CNN Business that it was “not at all surprising” that the country’s largest carmakers did not sign the COP26 pledge, pointing to BMW as reluctant to take a full electric route with its lines, in contrary to Volkswagen’s stated electric car strategy.

But he also criticized the promise of only selling zero-emission vehicles by 2040 as a “step in the right direction, but too slowly” to reach 1.5 Celsius and a net zero target by 2050.