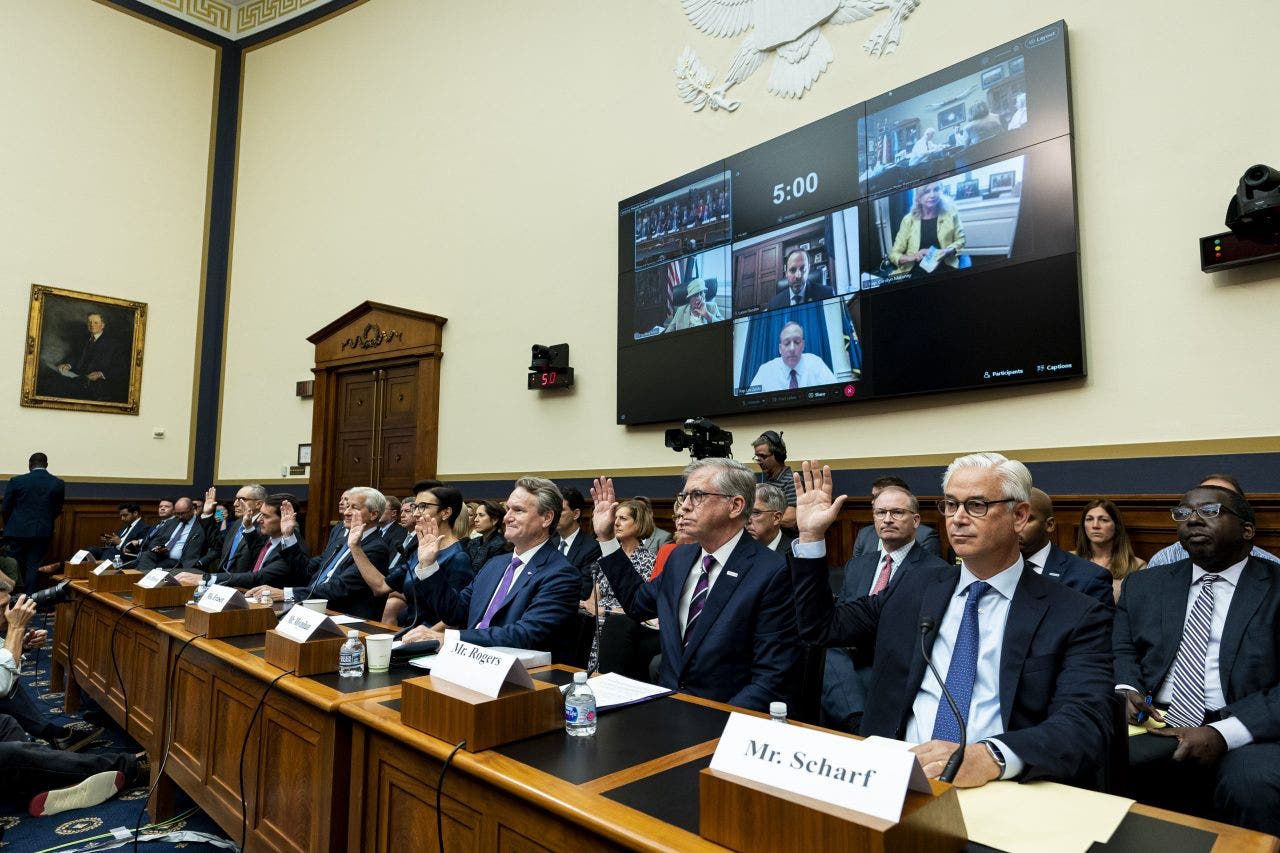 Rep. Rashida Tlaib clashed with top bankers after they rejected her demand to cut all funding for fossil fuel projects immediately. JP Morgan CEO Jamie Dimon told her this would be “the road to hell for America.”

Banking industry leaders clashed with Rep. Rashida Tlaib, D-Mich., on Wednesday after Tlaib demanded they commit to immediately end all financing of all fossil fuel products.

Jamie Dimon, chief executive of JP Morgan, told the left-wing representative that her request would lead to despair and ruin.

“You have all committed, as you all know, to realign emissions from lending and investment activities to align with paths to net zero by 2050… So no new fossil fuel production, starting today, so is like zero. I̵[ads1]7;d like to ask all of you and go down the list, because again, you’ve all agreed to do this. Please answer with a simple yes or no, does your bank have a policy against financing new oil and gas products, Mr. Diamond?” asked Tlaib.

“Absolutely not, and that would be the road to hell for America,” Dimon replied.

CEOs of the biggest US consumer banks are set to warn lawmakers that Americans are struggling amid rising inflation, as they brace for tough questions about how to help customers hit by rising prices. (Al Drago/Bloomberg via Getty Images)

“Yeah. It’s okay. It’s okay,” Tlaib replied. “Sir, you know what, everyone who got a student loan waiver [that] have a bank account with your bank should probably withdraw their account and close their account.”

She continued, “The fact that you’re not even there to help relieve a lot of the people who are in debt, extreme debt because of student loan debt, and you’re out there criticizing it.”

Tlaib went on to ask the other bankers about their position, to which they all responded that they would continue to invest in oil and gas in addition to alternative energy projects.

“We will continue to invest in and support clients investing in fossil fuels and in helping them transition to cleaner energy,” said Jane Fraser, CEO of Citigroup.

“We’re helping our clients make a transition and that means lending to both oil and gas companies and to new energy companies and helping monitor their course against the standards you’re talking about,” he said.

Representative Rashida Tlaib (D-MI) attends a hearing on the 2020 Census at the Rayburn House Office Building on Capitol Hill on January 9, 2020 in Washington, DC. ((Photo by Chip Somodevilla/Getty Images/Getty Images)

Critics of the environmental policies Tlaib advocates argue that these guidelines have already reduced funding for fossil fuel projects, exacerbating the energy shortages seen in Europe since Russia invaded Ukraine earlier this year. The American financier Kyle Bass, for example, argued that the transition from fossil fuels to alternative energy must not be rushed.