ThredUp, whose used items will appear on Macy's and JCPenney, just lifted a bundle – TechCrunch 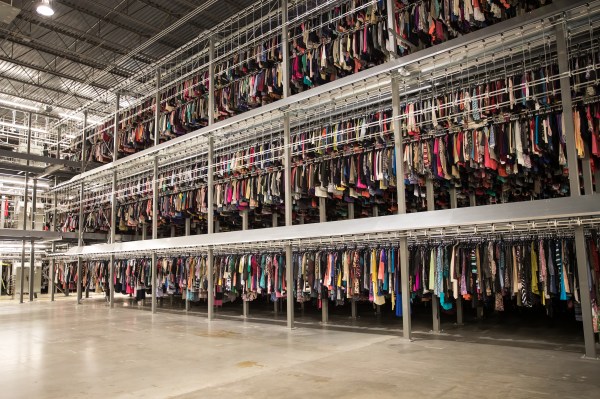 The round brings ThredUP's total capital raised to more than $ 300 million, including a previously undisclosed $ 75 million investment it raised last year.

A potentially even bigger deal for the company is a new resale platform that both Macy & # 39; s and JCPenney are starting to test, where ThedUp will send the stores clothing that they will process through their own outlets while trying to resell customers of jewelry, shoes and other accessories.

It says a lot that traditional retailers are going to see gently used goods as a potential revenue stream for themselves, and little wonder given the size of the resale market, estimated to be $ 24 billion currently and estimated to be a market of $ 51

We spoke yesterday with ThredUp founder and CEO James Reinhart to learn more about the connection with the two brands and to find out what else the startup is stitching together.

TC: You've partnered with Macy's and JCPenney. Did they approach you, or is ThredUp out there having traditional retailers?

We're positioned now where we can do this really efficiently in the store, so we'll start with a pilot program in 30 to 40 stores, but we could scale to 300 or 400 stores if we wanted to.

TC: How will this work, exactly, with these partners?

JR: We have [software and logistics] the architecture and selection to assemble carefully curated selections of clothing for specific stores, including the correct selection of brands and sizes, depending on where, for example, a Macy's is located . Macy's then packs a high-quality experience around [those goods]. Maybe it's a dress, but they pack a purse and scarf and jewelry around the dress purchase. We feel [certain] that future consumers will buy new and used at the same time.

TC: Who is your demographic, and please, not everyone.

JR: It is all together. That is not a satisfactory answer, but we sell 30,000 brands. We serve many luxury customers with brands like Louis Vuitton, but we also sell Old Navy. What unites customers across all brands is that they want to find brands that they couldn't afford new; they trade up to brands that, at full price, would have been too much, so Old Navy shoppers are [buying] Gap [whose shopper are buying] J. Crew and Theory and right up. Consistently, what we hear is [our marketplace] allows customers to exchange their wardrobes at higher prices than would otherwise be possible, and it feels to them as if they are doing so in a more [environmentally] way.

TC: What percentage of your customers also ship goods?

JR: We don't track that closely, but it's usually about a third.

TC: Do you think your customers are buying advanced goods with a view to selling them, to fight the total cost? I know that's the idea of ​​CEO Julie Wainwright at [rival] The RealReal. It all has to be some kind of expensive shopping circle.

JR: We like to talk about buying a bag, then selling it, but many people will also buy another used Banana Republic sweater because it is a value [and because] fashion is the second most polluting industry in planet.

TC: How far are you going to fight that pollution? I'm just curious if you are in any way trying to boost sales of hemp, maybe nylon, clothing for example.

JR: We do not engage in material selection. Our mission is: We want to stay out of the fashion industry and instead ensure that it is a responsible way for people to buy second-hand.

TC: For people who haven't used ThredUp, go through the economy. How much of each sale does anyone hold?

JR: At ThredUp, it's not a uniform payment; it depends on the brand instead. On the luxury end, we pay [sellers] more than anyone else – we pay up to 80 percent when we resell it. If it's Gap or Banana Republic, you might get 10 or 15 or 20 percent based on the original price of the item.

TC: How would you describe your standards? What goes into the bounce?

JR: We have high standards. Objects must be in equally new or gently used condition, and we reject more than half of what people send us. But I think there is probably more leeway for theory and J. Crews in the world than buying a Chanel dress.

TC: Unlike some of your rivals, you don't sell to men. Why not?

JR: Men & # 39; s is a small market for second-hand use. Men have the same four colors – blue, black, gray and brown – so it's not a big resale market. We sell children's clothing, and that's a big part of our market.

TC: When Macy now sells a dress from ThredUp, how much do you want to see from that transaction?

JR: We can't share the details of the economy.

TC: How many people are working for ThredUp now?

JR: We have less than 200 in our San Francisco business office, and 50 in Kiev, and then across four distribution centers – in Phoenix; Mechanicsburg [Pa.]; Atlanta; and Chicago – we have an additional 1,200 employees.

TC: You have now raised a lot of money over the past year. How will it be used?

JR: On our resale platform [used by retailers like Macy’s] and on building our technology and operations and building new distribution centers to process more clothing. We can't get people to stop sending us stuff. [Laughs.]

TC: What is the most underrated aspect of your business before you leave?

JR: The logistics behind the scenes. I think for every major e-commerce business there is incredible logistics [challenges to overcome] behind the scenes. People don't appreciate how difficult it is with the data. We will process our 100 million item by the end of this year. There is a lot of data.