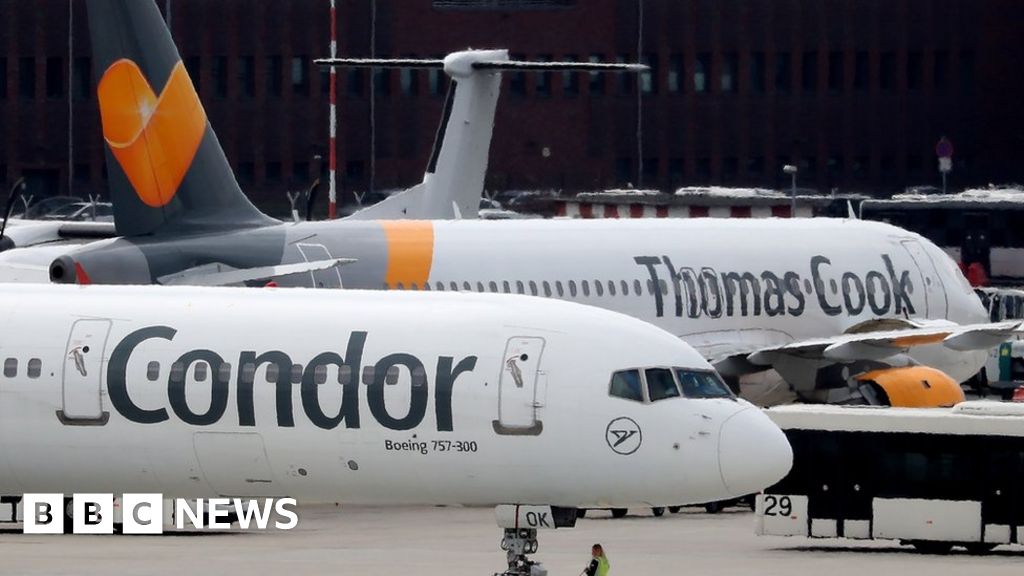 Thomas Cook, who has a 49% stake in the airline, collapsed on Monday.

Condor has sought a federal government overdraft loan and is awaiting a response, with German media reporting that the requested amount was € 200m ($ 220m; £ 1

Germany's Economy Minister Peter Altmaier said the government would make a decision on financial aid in the coming days.

The government of the state of Hesse has already pledged its support, states an airline statement.

"I assure you that we will do ever ything in our power and leave no stone unturned, so the fleet ours continues to bring our guests reliably to their holiday destinations around the world and back home as usual, "said Ralf Teckentrup, Chairman of Condor.

Condor has said it will not carry passengers who have booked with Thomas Cook or its subsidiaries. These passengers have been recommended to contact the tour operator.

A German official said compulsory insurance should cover most German travelers if they are stranded abroad, Reuters reports.

What happened to Thomas Cook in Germany?

Thomas Cook's German business is considered to be in a healthier state than in the United Kingdom, where they have remained profitable, DW adds.

How have businesses around the world been affected?

There is concern in countries such as Egypt and Greece that local businesses may be affected financially by the loss of tourism.