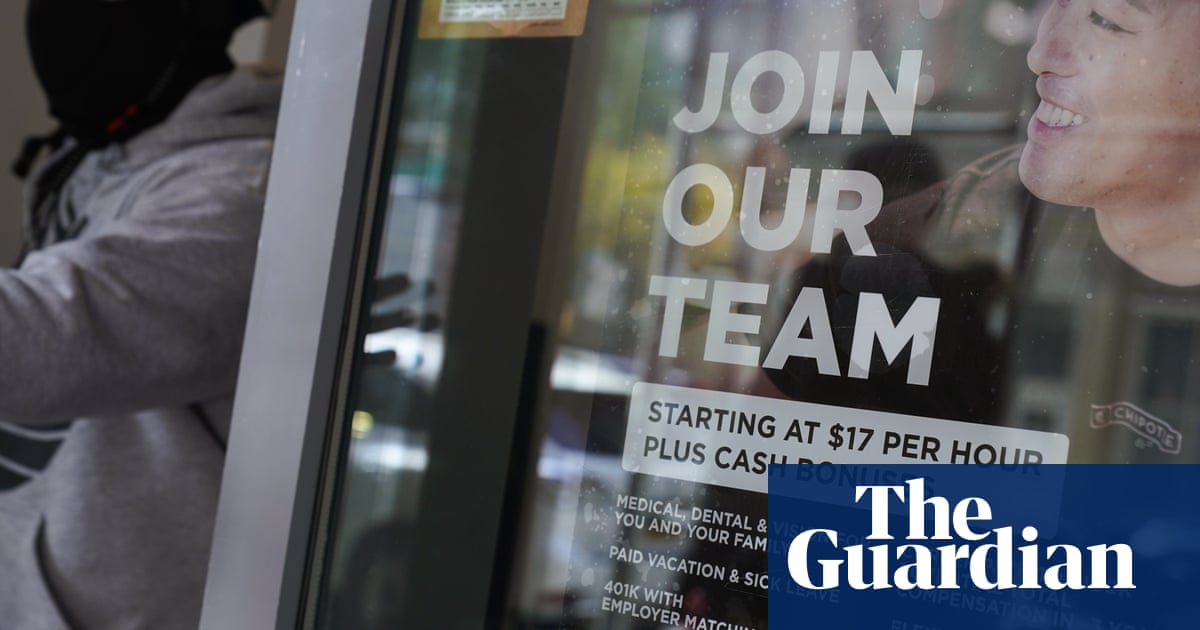 These astronomical figures became social media joke fodder journalist Victoria M Walker rounded up the most ridiculous areas in a Twitter thread. “With NYC’s wage law now in place, I’ve looked at some companies’ wage ranges and I can already see that the ‘good faith’ part of the law is going to be tested,” she wrote, starting a flurry of responses naming and shaming such entries.

“Looks like I’m going to ask for the highest number they’ll give,” one person tweeted.

“The low end is the real number, the rest of it is hoping someone doesn’t realize it and applies,” another wrote.

New Yorkers have this opportunity to spy on potential salaries because the city’s salary transparency law went into effect on November 1st. But anyone who wants to compare their paycheck with that of a future colleague may be disappointed by comically large intervals. Looking for a gig at Citigroup? Expect to earn between $0 and $2m.

As Gothamist first reported, a Citigroup spokesperson blamed the ranges on a “data error.” Although the original salary gap was edited, the salary is still listed as between $59,340.00 and $149,320.00. These booked salaries would allow for two very different standards of living in NYC.

In a statement, a Citi representative said: “We are proactively mitigating this issue by reviewing all job postings to ensure the correct selection is listed.”

August Aldebot-Green, a spokesperson for Amazon, said: “Of course we will comply with the law. Amazon is committed to paying equity, and we’re already showing the pay for some roles even where it’s not required.”

Publicists for the Wall Street Journal and Deloitte did not respond to an inquiry.

The law, which applies to both annual wages and hourly wages, affects all listings for permanent jobs performed in person in New York. External gigs are excluded. It comes on the heels of a similar law passed in Colorado last year, which researchers found led to a drop in the number of posted jobs but an increase in employment overall, CNBC reported. That law also fell prey to some corporate shadow: some companies began hiring out-of-state work-at-home employees or leaving Colorado altogether in an effort to circumvent the measure.

In New York, so far the only requirement regarding salary ranges is that “the employer has a good faith belief that at the time of the position it will pay for the advertised job, promotion or transfer opportunity”. So here’s the loophole: “good faith” doesn’t carry much weight when companies post listings where the higher price is nearly double the lower price.

According to Gothamist, it is “unclear” whether the city’s human rights commission will go after these companies with fines for breaking the law.

New York City Councilmember Nantasha Williams, who also chairs the Civil and Human Rights Committee, told the Guardian she “couldn’t believe” some of the claims she saw floating around on Twitter. “[I thought] ‘Is this really a post?'” she said. “I’m going to the company’s website.”

Williams added that the law’s intent was to “cut away” wage inequality in the city, which disproportionately affects women and people of color. “While it’s funny to see how companies skirt the law, it’s also quite telling and revealing in terms of total disregard for what it means to have equity within wages,” she said.

While Williams allowed it was “hard to say” what falls under the category of a reasonable, “good faith” salary, what she had seen was “pretty extreme”. She has not gone to the Human Rights Commission to raise the issue, but plans to do so.

Jeanne M Christensen, a partner in the New York labor law firm Wigdor LLP, believes “it will not take long before clarification of what is considered a committee that complies with the new law”.

“Of course, companies have enjoyed decades of not having to give us this information publicly,” she said. “They are used to doing things a certain way and this is a big change. They want to stay as close to the old way of doing things as possible.”

Christensen added that it can be difficult to litigate cases alleging wage disparity among employees because it can be difficult to obtain evidence of what competitors actually earned. “If you represent a white woman who claims she was paid less than her white male counterpart and has no way to get [salary] information, it’s hard to know what’s really going on,” she said. “Openness is certainly a step in the right direction for groups that are traditionally marginalized.”

Rana Boukhari, 26, works in consulting and change management and is currently looking for a job. There have been times when she has gone through an entire interview process without hearing anything about salary, and received offers that were too low. “It’s been a huge waste of time,” she said. “If I saw ranges in ads that were below what I wanted, I wouldn’t have applied.”

When Boukhari applied for jobs last week, she said she saw listings offering salary ranges between $90,000 and $120,000. “It’s a very large selection,” she said. “[It makes you wonder]:”Where am I located in that area?”

Robin Blaire-Batte, a union organizer with New York’s Communication Workers Local 1180, said she believed a salary range of $30,000 or $40,000 was acceptable for future listings. “[Applicants] have different levels of experience, she said. But those $100,000 holes you see on listings this week will likely go unpunished.

“We don’t expect any of the companies to be fined at all, for now,” she said. “The New York City Human Rights Commission will probably let it go because it’s the start of this initiative. But later, if it gets crazy, they will.”