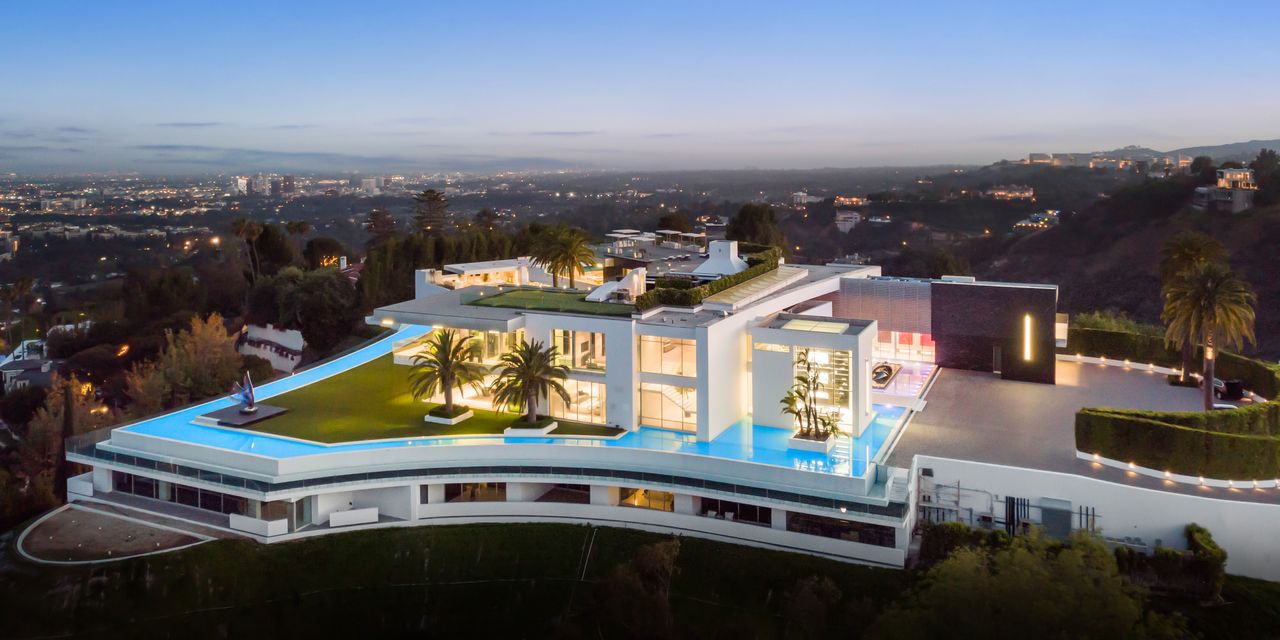 
A 105,000-square-foot mansion in Los Angeles will be the most expensive listing in the United States when it hits the market on Monday with a price estimate of $ 295 million.

If sold for that amount, the hillside property, called “The One,” will be the most expensive home ever sold in the United States. “The One” boasts 21 bedrooms, 42 full bathrooms, several pools, a nightclub complete with a VIP area, a bowling alley, a cinema with 40 seats, a full-service hair salon and a garage with over 30 cars, among a comprehensive list of facilities.

“This is more than a composition, this is your very own world,” said luxury realtor Rayni Williams, founder of Beverly Hills Estates. “You have everything you need and you will only bring friends and family. “

Williams’ group represents the property, along with Aaron Kirman of the Aaron Kirman Group at Compass. Selling a home for nearly $ 300 million can be a daunting task for most people – but Williams and Kirman are not worried.

“Obviously 1% of the world we work with,” Williams said. “It makes the goal a little narrower, and in that sense it’s a little easier, right? Because there are 3700 billionaires in the world and we are targeting them.”

Since developer Nile Niami started working on the house a decade ago, the real estate market has caught up, Williams said, noting that her firm brokered the recent sale of a $ 133 million house, which is a quarter the size of “The One” . ”

In fact, LA’s luxury market has been in tears lately. House prices in Bel-Air have risen by almost 50% since last year, according to online broker Redfin.

Luxury real estate prices fluctuated during the first months of the pandemic, as telework contributed to a general exodus from cities, said Redfin chief economist Daryl Fairweather. Now that Los Angeles has begun to reopen, people are flocking back to the city and increasing property values, she added.

Financing a property worth nearly $ 300 million is going to be very different from financing an average home, said LA luxury realtor Kofi Nartey, who is not involved in the sale.

“This type of buyer, their liquidity can be the same as the GDP of some small countries,” he said.

In other words, these buyers do not offer 20% down payment and apply for a mortgage. Anyone who buys this connection will probably have the money to buy the property directly, Nartey said. If they need to apply for a loan, they tend to borrow against their assets, or secure a private line of credit with banks they have previous relationships with, often at lower interest rates than a traditional buyer would get from a mortgage, he added. .

Williams agreed and said the purchase would probably be cash.

The payment on the mortgage is just the beginning. Those who buy the house will easily have to pay more than $ 1 million a year in maintenance, and around $ 4 million in property taxes, Nartey estimated.

The house is on Monday, but Kirman said the brokerage house is undertook to take the property up for auction from 29 February to 2 March unless they receive an offer that is too good to pass on. The partnership with the auction house came out of what Williams called an “amicable” bankruptcy agreement between developer Niami and his lenders, after the developer defaulted on more than $ 100 million in loans and debts in October.

Interest in “The One” has already proven to be strong, and will continue to grow around the auction, Kirman added. When it comes to potential buyers? “We see technology, crypto, we see foreign, we see localized,” she said. “The reception for the official launch has been incredible.”

Nartey does not think the house will be sold before the auction, as buyers tend to assume that they will get a better deal then. He is also skeptical that the house will go for $ 295 million price suggestion.

However, Kirman is optimistic that the house will sell “really close” to the price suggestion, given the strong interest so far.

“In this moment, with, you know, everything from Covid to people who just want to be in their room and have their place, I think this is the perfect time to bring this house to market because there has never been a house that has had so much space and so many facilities, “he said.