After rolling out the Apple Card to a select group of users two weeks ago, it officially launched to the public yesterday. Along with a new 3% cashback offer with Uber that landed yesterday, here's how Apple promotes its new credit card in the Wallet app, stores and more.

Now that Apple Card has officially launched, iPhone users will see a new promotion for the product at the top of the Wallet app. Previously, users had to tap the + icon in the upper-right corner and then select Apple Cards. Now, an App Store-style story is at the top of the Wallet app to encourage users to apply for the credit card with the text "Start using Apple cards in minutes."

There is a button to use immediately when you click on the ad. opens the entire story of Apple Card highlighting features such as super-fast signup, iMessage support, Daily Cash, privacy and security focus, no fees, clean and simple budgeting, titanium cards and more. 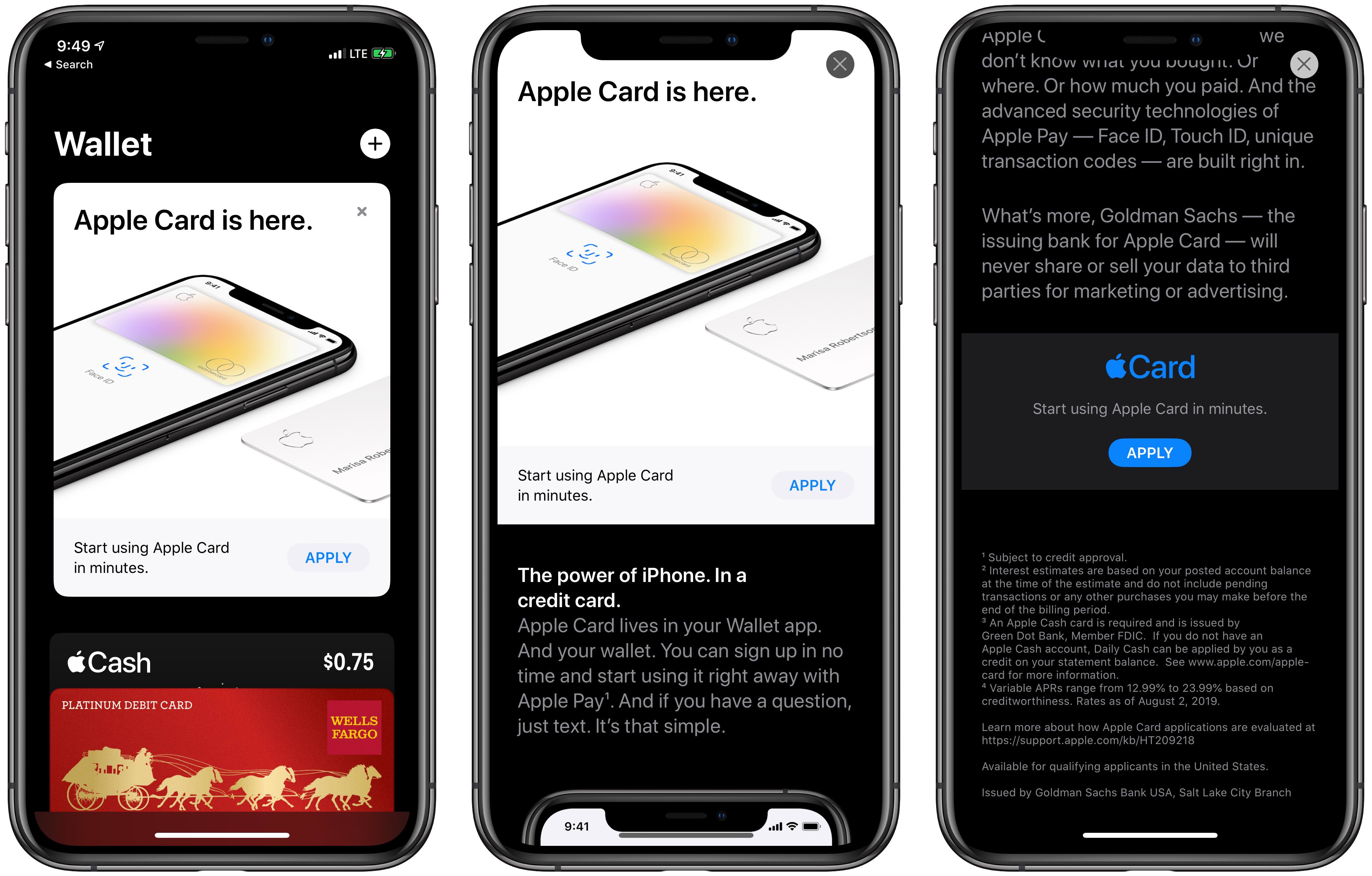 If you don't see the campaign or have it removed from the Wallet app, you can tap the + sign in the upper right corner, touch "Continue "and then select Apple Card to launch an application.

Apple has also begun marketing its new credit card in the Apple Store app as well as in its stores with signs that say “ Card is here. Get 3% daily cash from Apple with Apple Card. ”

The Apple Card gets a section in the Shop tab of the Apple Store app, although it is not a product to add to the shopping cart. I guess it makes sense because it's a shopping tool – but I wonder if we'll see other services advertised here later pic.twitter.com/m7UTXRXcok

The company is making a significant effort to spread the word about the new product. Just this morning, Apple also created a Twitter account for the Apple Card. A recent report from J.D. Power suggests that consumer awareness is "remarkably high" and that it expects the Apple Card to be a hit. However, some analysts believe Goldman Sachs could lose the partnership.

If you are thinking about applying for an Apple Card, check out our guide to checking your credit card for free.

Read more about Apple Cards in our guide here and the articles below: