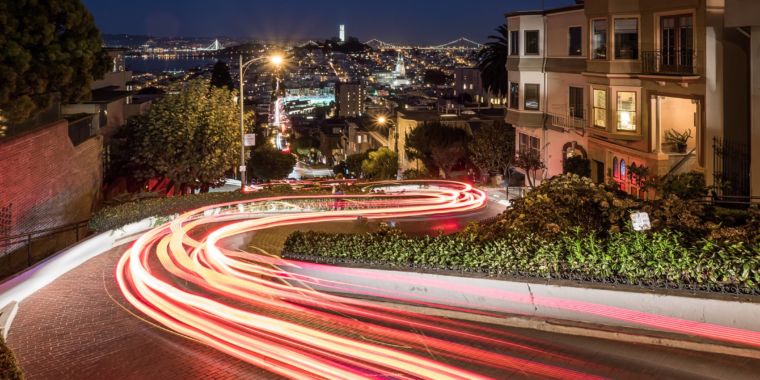 The Federal Communications Commission today voted to preempt part of a San Francisco Ordinance that promotes broadband competition in apartment buildings and other multi-tenant structures. But it's not clear what effect the preemption will have, because the FCC's San Francisco's Republican majority has misinterpreted what the law does.

FCC Chairman Ajit Pai's plan overturns San Francisco's Article 52, which allows Internet service providers to use the existing wiring inside multi-unit buildings even if another ISP already serves the building. The FCC said it's preempting the law "to the extent it requires the sharing of in-use wiring." But the proposal of the FCC does not know whether or not San Francisco actually requires sharing of in-use wiring, which makes it difficult to understand whether the FCC will change anything in practice.

its law doesn't apply the phrase "in-use." Instead, it applies to "any existing wiring," which the FCC says could be interpreted to include wiring that is actually used by another ISP.

The goal of the city law is clearly to give residents the ability to switch from one ISP to another and allow whichever ISP the resident chooses to use the wire heading into that resident's apartment unit. Statements from ISPs indicate that each ISP still has its own wiring in a building to connect to the ISP's network but that any ISP can use the wires heading directly into each apartment unit.

into one apartment unit would literally be used by two ISPs at the same time, Pai's proposal claims that ambiguity about whether the law does allow simultaneous use of wires is a good enough reason to preempt the law. As we have previously reported, the city ordinance applies when the inside wiring belongs to the property owner. Under the rule, property owners who have outfitted their buildings with Internet connection cannot access ISPs, making it harder for them to strike exclusive deals with Internet providers.

Pai claimed that the city's rule "deters broadband deployment" and infringes on the FCC's regulation of cable wiring. The Pai led Republican majority ensured that the preemption passed with a 3-2 vote, while the FCC's two Democrats voted against the preemption. The FCC's decision to preempt the rule came in response to a petition from the Multifamily Broadband Council (MBC), a trade group for ISPs that serve multi-tenant properties.

Today's FCC decision "stop [s] efforts in California designed to promote competition in multi-tenant environments," FCC Commissioner Jessica Rosenworcel, a Democrat, said at today's meeting. "Specifically, we say to the city of San Francisco — where more than half of the population rents their housing, often in multi-tenant units — that they cannot promote broadband competition. This is crazy."

Rosenworcel pointed out that FCC gave up its own Title II regulatory authority over broadband when it is not neutrality rules yet is now claiming the authority to stop local broadband regulation.

"We somehow claim we have unfettered authority when it comes to broadband in buildings but disown our general authority over the same in our non-neutrality proceeding, where we pronounced broadband beyond the reach of this agency, "Rosenworcel said.

Pai said at this meeting that San Francisco" has had every opportunity to mount a substantive defense of an in -use wire sharing mandate and it has failed to do so. "

An announcement from Pai's office argued that" [r] equired sharing of in-use wiring deters broadband deployment, under rcuts the commission rules regarding control of cable wiring in residential MTEs [multi-tenant environments] and threatens the commission framework to protect the technical integrity of cable systems for the benefit of viewers. "San Francisco could appeal the preemption in court. The city can also argue that the FCC's preemption doesn't actually change anything, since the leaders of the law apply to in-use wiring.

The US House of Representatives already voted for block Pai's proposal on June 26. But OKs from the Senate and President Trump are also needed to ban the FCC from preempting San Francisco's law.

The city applies its wire-sharing rule to "buildings where the property owner had not allowed multiple providers," Broadly quoted

"San Francisco adopted Article 52 because it is uneconomic and, in the case of many older buildings, impossible, for multiple carriers to install their own wiring to reach each occupant, "she wrote. "Though, rather than fostering competition, the Proposed Order would strip many MTEs in San Francisco or a meaningful choice of communications providers." Pelosi wrote a letter to Pai asking him to stop the vote.

"This proposal is deeply misguided and would undermine freedom of choice, increase costs, and reduce service quality for residents, as it puts on chilling effect on much-needed competition in the telecommunications sector, "Pelosi told Pai.

7;s] Proposed Order also suggests that this "forced sharing of in-use facilities … encourages providers to [get a] free ride on existing infrastructure rather than building their own. " In making this statement, the Proposed Order ignores clear language in Article 52 that a "property owner is entitled to just and reasonable compensation from a communications services provider." Article 52, therefore, the cost of a competitive provider to obtain access to MTE, it does not provide a so-called "free ride." Article 52 was developed with the active participation of AT&T, Comcast, the Chamber of Commerce, the Building Owners and Management Association, the Electronic Frontier Foundation, regional Internet service providers, and others to achieve a balanced approach.

While the FCC said it is preempting the San Francisco law "to the extent it requires the sharing of in-use wiring," Breed's letter to Pelosi and the FCC said that " use "wiring."

A San Francisco filing with the FCC quoted Sonic, and an ISP, as saying that it is "technically infeasible for two service providers to literally share inside wire without significant degradation to both their services." Article 52 prevents that possibility by letting property owners request access to San Francisco argued if it would harm existing ISPs' ability to provide service, San Francisco.

Monkeybrains, an ISP that relied on the law to serve buildings that previously had one ISP, offered an explanation that seems to clear up whether "in-use" wires are being shared. Monkeybrains following the FCC the following:

As a matter of course, Monkeybrains and other ISPs always build their own infrastructure including wiring and switching to each Intermediate Distribution Frame ("IDF") in a building, and then may make use of an existing wire from the nearest IDF to the unit. In every circumstance, we only use this existing wire when it is no longer "in-use," or actively subscribed, by an end-user. Following the end-user's confirmation of their intent to terminate service with their previous provider, we will plug in to our own switch in the nearest IDF.

The FCC has "contorted" the San Francisco law into a "non- existent bogeyman, suggesting that the ordinance compels sharing of wiring that is already in use, "Rosenworcel said. "This is simply not true. In fact, San Francisco has us on the record that this is not what the law does. But if it were true, the agency fails to determine if such sharing would be technically possible. of which is the question, why is the FCC doing this? Why are we preempting an imaginary possibility in a city ordinance in San Francisco? "

Pai accused San Francisco of playing word games, saying in today's meeting that" it is difficult to understand how anyone can get by decision to preempt a city mandate that the city itself claims does not exist. Pai said that if the city is correct, it will apply for use, there is no reason to be concerned about the preemption.

an order to preempt it.

"We do not need to definitively determine whether or not the building demonstrates that the appearance alone is enough to have a significant deterrent effect on investment. "and that" the ambiguity itself about whether or not Article 52 requires use of a sharing effect on broadband and video investment, "Pai's proposal said.

[I] t is a fundamental canon of construction that should not be interpreted unfavorably where there are other interpretations that do not present a problem. The commission seemed all too eager to enter into a potential interpretation of San Francisco's law that would require preemption. But a more reasonable and unproblematic interpretation exists, one which the Commission has not fully considered. San Francisco's law prohibits property owners from refusing to allow new providers to use any existing wiring in a building. As the majority's analysis admits, this language is merely ambiguous and can be reasonably read to include in-use wiring. Further, the law then proceeds to expressly permit property owners to refuse access to wherever doing so would have an "adverse" effect on service. This is precisely the issue the majority argues would be caused by an in-use wire sharing requirement. Therefore, to the extent that in-use wire sharing poses any technical problems, San Francisco's law can and should not be required.