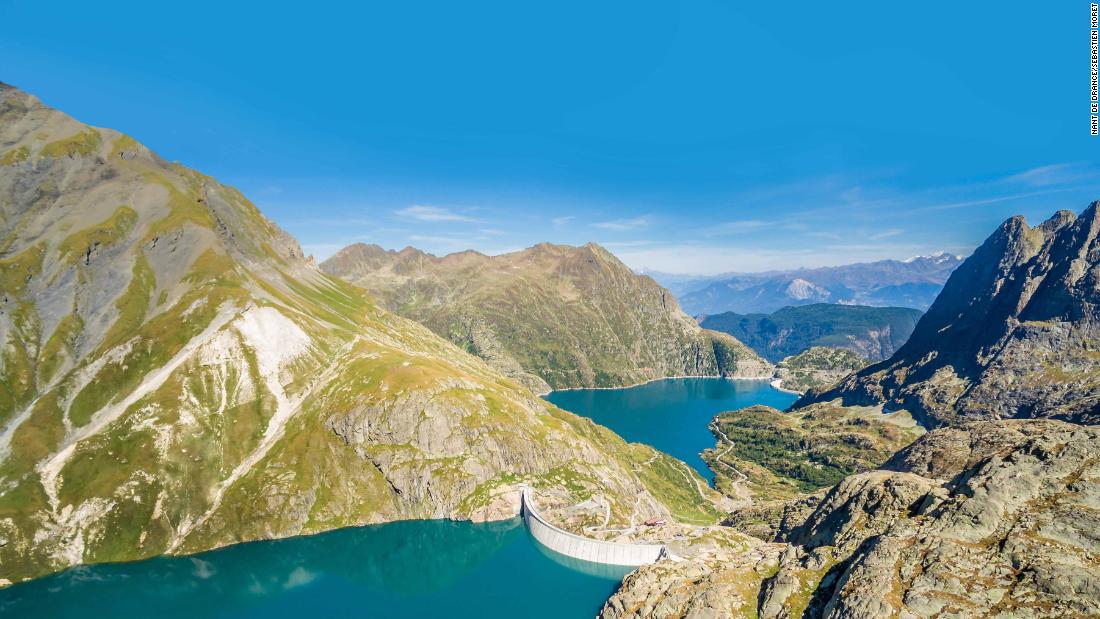 Located high in the Swiss Alps in the canton of Valais, the plant is equipped with agile, reversible turbines that offer new levels of flexibility, says Robert Gleitz, a delegate to the Nant de Drance board: at the flick of a switch. , the plant can switch from storing energy to supplying electricity.

The massive project took 14 years to complete. Around 17 kilometers (10.5 miles) of underground tunnels were excavated through the Alps while the six turbines are stored 600 meters (1[ads1],970 ft) underground, in a giant cave the length of two football pitches.

As one of the largest facilities of its kind, the $2 billion project could play an important role in stabilizing Europe’s electricity grid as the continent transitions to renewable energy, says Gleitz.

Pumped storage hydropower plants, which have been around for over a century, are particularly important for renewable energy because wind and solar are dependent on the weather and do not provide a steady supply of electricity.

“We can take energy (from the grid) when it’s too much, and generate it again when it’s needed,” says Gleitz.

Unlike many of the plants that preceded it, Nant de Drance uses variable speed pump turbines, says Pascal Radue, CEO of GE Renewable Energy Hydro, which supplied equipment for the plant.

The turbines help to stabilize the power grid, says Radue.

– With a turbine with a fixed speed, you have to wait until the power plant runs at exactly the right speed to be synchronized to the grid, says Radue, adding that this wastes time and energy. Variable speed turbines deliver power to the grid immediately, so there is less risk of power outages.

Historically “open-flow” pumped hydroelectric stations, which are built on river systems and require dam construction, disturbed wildlife and damaged ecosystems. In Switzerland, where the first pumped hydroelectric plant was built in 1890, almost half of the total river lengths have been artificially altered, with very few alpine rivers in their natural state.

That is why modern projects favor closed loops, such as Nant de Drance, which do not affect river systems, says Andrew Blakers, professor of engineering at the Australian National University.

“The era of dam building is almost over,” says Blakers, adding that these closed power plants take up relatively little space given the energy security they provide. He estimates that to power a city of one million inhabitants for 24 hours would require about two square kilometers of flooded land, adding that pumped hydropower offers one of the most efficient energy storage solutions currently available.

Nant de Drance returns around 80% of the electricity it takes back to the grid, storing around 20 hours of reserve energy, says Gleitz.

Hoping to become the “first climate-neutral continent”, Europe has big ambitions for renewable energy: in 2020 just over a fifth of the continent’s total energy came from renewable sources, but in May this year the European Commission increased its renewable energy target for 2030. target from 40% to 45%.
To achieve this, new storage facilities with high capacity are essential, says Blakers. The European Association for Storage of Energy estimates that the continent will need 200 gigawatts of storage by 2030 — more than four times the current storage capacity. In the decade between 2010 and 2020, only 8 gigawatts of storage were added to the grid.

That is why Nant de Drance is so important. Located in the geographical heart of Europe, Switzerland can offer stability to the grid across the continent, says Rebecca Ellis, energy policy director at the non-profit organization International Hydropower Association. Nant de Drance has increased Switzerland’s installed energy capacity by 33%, Ellis says, adding that it “shows the leadership of Switzerland” in the transition to renewable energy.

But since the nation is not a member of the EU, regulations are currently a barrier, says Gleitz. “The market rules are not simple,” he says. “We must still have closer agreements with the EU.”

Pumped storage hydropower can also provide energy security outside of Europe: Blakers and his team have identified around 600,000 potential sites for closed-loop systems – although only 1% of these would be needed to meet total global energy storage needs, he adds.

As the climate crisis intensifies, Gleitz hopes that Europe embraces the potential of “the clean energy storage” that pumped hydropower provides. “If we want to go in the direction of having clean power, Nant de Drance is one of the stepping stones on this path,” he says.