This amazing turbine-powered car must have won at Pebble Beach 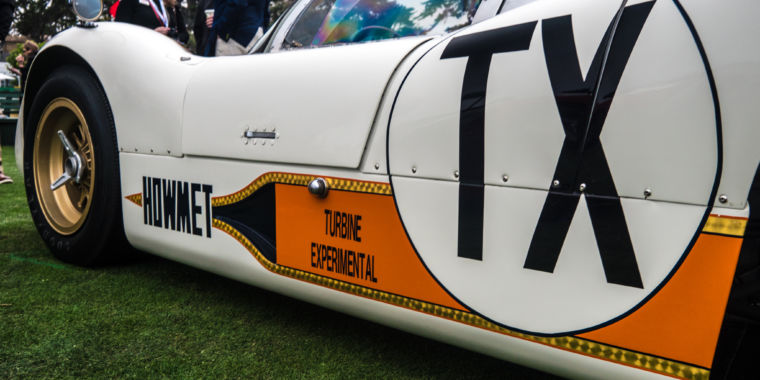 CARMEL, CALIF. – Last Sunday, the 69th Pebble Beach Concours d '# Elegance took place on the Pacific at the Pebble Beach Golf Course. A contest of elegance is a fancy way of saying a fancy car show, and car shows don't come out much nicer than this, Monterey Car Week's grand finale. Two hundred old cars – those with significant history or perhaps significant owners – drove into the 18th green at dawn and lined up to be sentenced. As with my round of quail, this is a story that is much better told in pictures, so be sure to browse the galleries. Otherwise, you may not see the parrot.

The cars were grouped into classes, and the winner of each class qualified for the best in show. Some were the product of costly and compulsory restoration, and they looked better than they ever did. Others showed a more sympathetic feel, with a few that looked fantastically patinated and original. Classes celebrating Bentley's centennial and Italian design studio Zagato lawn, which (as usual) were top heavy with pre-war cars.

For those seeking something more relevant, it was increasingly called the "concept lawn." It's meant to be a place for car makers to showcase the latest luxurious flights, and a few came to mind. BMW brought not one, but two concepts, one of which has a pretty cool history behind it. Genesis brought along Mint, who would not have looked out of place on the 18th green, and Volkswagen showed off the ID. Buggy. Other car makers were so lazy that they didn't even ring it in: a production SUV with sticker or two corresponds to the sending of a single emoji text message, Maserati.

Bugatti and Ferrari also welcomed those seeking modernity. The former was stationed just outside the main entrance, while the latter held its own mini-show on the first green. Ferrari rents a large house at the first hole and finds a car from every year of its past to appear. I think the carmaker started the tradition of celebrating its 70th anniversary; all I know for sure is that it is one of the few times I will ever cross paths with an F50 GT.

I have to admit, I wasn't really calm this year. I see this is a show for old cars, but it's a moving line, and Pebble Beach is starting to feel trapped in amber. Ordinary readers will know that I love Zagato's works, especially the angular, uncompromising cars of more modern times, and while Hyena in the late '90s is probably new, was there room for something from the' 80s? An Alfa Romeo SZ maybe, or the Aston Martin V8 Zagato – it's one of them with both a celebrity and racing past.

My feelings of generational warfare were stooked by the time Best in Show was awarded. The wonderful Howmet TX turbine-powered racing car won the chairman's trophy, picked by Pebble Beach chairman Sandra Button as "the most deserving car present car." However, it did not qualify for the best in the class, which was a four-way competition.

The obvious winner should have been an Aston Martin DB4 GT Zagato from 1962. I'm not hyperbold when I say it's the most beautiful car ever made, plus it was the latest in several decade. The 1938 Talbot-Lago with a body from Figoni & Falaschi was a close second; a few made the entire advance drive as elegant as the French trainers. A 1936 Mercedes-Benz 540K also made the shortlist, but a Mercedes won in 2017, and so the total price went to a Bentley. And not one of the more interesting Bentleys, like the Speed ​​Six Gurney Nutting coupe, or the Pourtout aerodynamic coupe, or even the brown toaster with that elephant hood ornament.