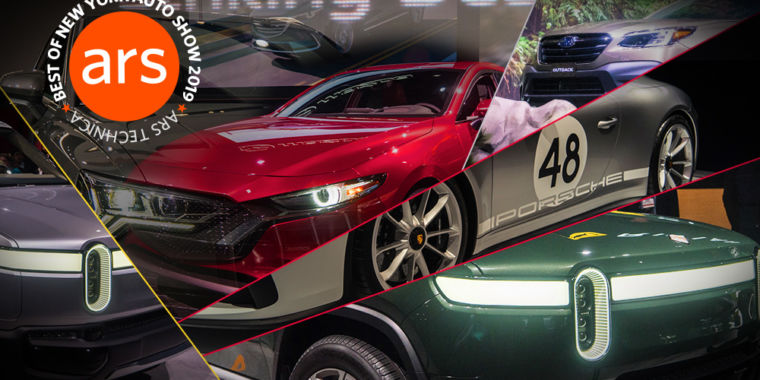 The Shanghai Auto Show is partly to blame. It opened earlier this week and pretty much every automaker with something new to show selected China over the US. In fact, some brands like BMW and Volvo were not present at all. The internet also didn't help, as the little new metal that came to the Big Apple was shown online over the weeks.

But when we missed both LA and Detroit in recent months, I quickly burst Amtrak's worsening service from DC to wander the Javits center and see what was nicely among the vehicles that originated in NYC. While we have some other stories from NYIAS that come, we turn off this year's event with our Best Of Awards.

For this category, the choices were so slim that we have chosen a car we have already driven – the new Mazda 3. It is built on brand new architecture, one that Mazda hopes will create an even closer bond between machine and driver. Or in Japanese, Jinba ittai .

As with the previous generation, the Mazda 3 is available as either a five-door tailgate or a four-door sedan. Then it's cheaper, starting at $ 21,000. When we drove it on the central streets of Los Angeles – and the amazing Angeles Crest Highway – it was obvious that the move to a torsion beam in the rear wing had not compromised the car's engaging handling. Keen drivers will have the hatch starting at $ 23,600. The can be selected with manual transmission, but only in conjunction with front wheel drive.

But the best part is the Mazda 3's interior. If you, like me, have the capital O opinions on fonts and touch points, the 3 cabin is a pleasure, especially at this point of price. In fact, it's far better than anything I've put in recently from some of Mazda's Japanese rivals – luxury brands. The redesigned seats are comfortable, the steering wheel is one of the few that you can find thin, and Mazda even rejected the idea of ​​a touch screen infotainment system.