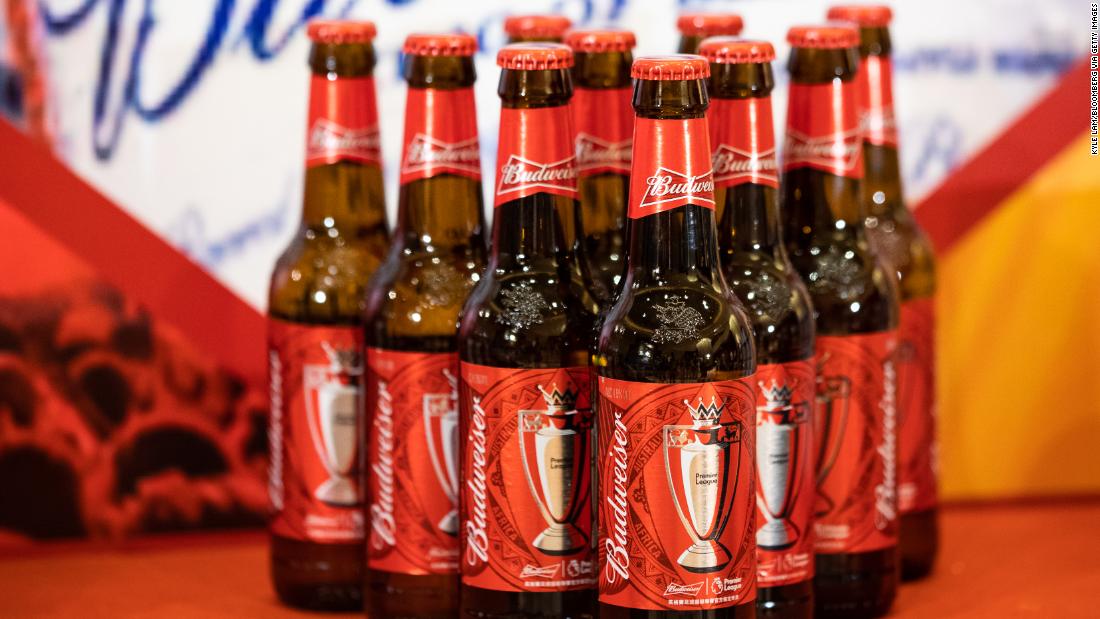 The brewer of Budweiser, Beck and Stella Artois, announced on Tuesday that it has priced the initial public offering for its Asia operations at 27 Hong Kong dollars ($ 3.44) per share. In the process, the world's largest brewery is expected to raise about $ 5 billion, making it the second-largest public offering this year after Uber's $ 8.1 billion listing in May, according to Dealogic.

The amount was at the low end of the original proposed price range between $ 27 and $ 30 in Hong Kong ($ 3.44 to $ 3.83) per share, but the company used an alternative that allowed the offer to increase , and issued approximately 189 million additional shares for a total of just over 1

.45 billion shares.
AB InBev had originally planned to make its listing in Hong Kong the largest of the year, with a goal of raising $ 9.8 billion. But the scrapped plan in July cited market conditions before resuming the IPO earlier this month.

Budweiser APAC's IPO is a major gain for the Hong Kong Stock Exchange. The stock exchange has been hit by a months-long political crisis, the ongoing US-China trade war and slowing consumption in China. The Hang Seng index has fallen almost 8% over the past three months.

The listing excludes Budweiser APAC's Australia business, which the parent company said in July it would release for $ 11.3 billion to Japanese rival Asahi.

Relieving the Australian business, which was a mature market that had a slower growth, meant that the company was able to sell investors in faster-growing markets in the Asia-Pacific region, such as China. AB InBev's sales in the country increased by 8.3% last year, with brands such as Budweiser and Corona performing particularly well.

AB InBev said on Tuesday that the company "intends to use all the net proceeds from the offer to repay debt."

The brewery has a huge debt load, and it has already taken some steps to balance it, including a decision to cut dividends to half last year.

AB InBev became the world's largest brewery by borrowing money to finance a number of acquisitions. The latest mega acquisition of SABMiller increased the company's debt to $ 102.5 billion in 2018.

Budweiser APAC is expected to start trading in Hong Kong on September 30.