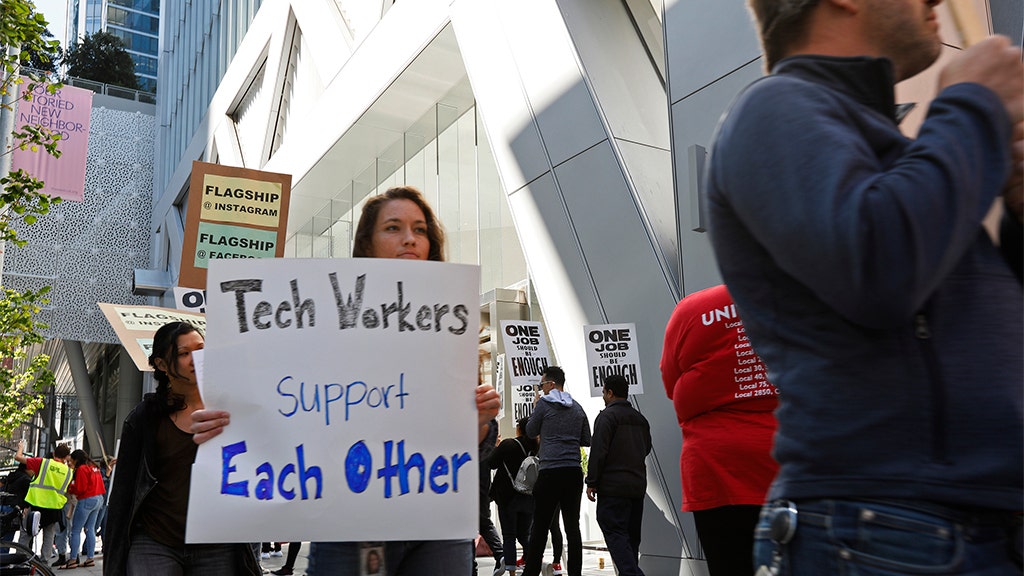 Despite the six-figure salary and unlimited vacation time, many technicians have questioned the effects of their work and teamed up with several colleagues, service and contract workers, to push for better working conditions and wages.

"It is unprecedented, both the extent of the power of these companies and the willingness of white collar workers to shake off their privilege and to truly see the effect of the work they do," said Veena Dubal, professor at University of California Hastings College of the Law, which has interviewed dozens of technology workers involved in organizing.

They feel widespread because of national and global "existential crises" and the recognition that technology companies "have more power than any multinational had for a long time, "said Dubal.

Among the broader activism: Amazon and Microsoft employees demanded that companies stop providing services to software company Palantir, which supplies technology to federal agencies including Immigration and Customs Enforcement (ICE) and the US Army; Amazon employees urged the company to switch to renewable energy and confronted CEO Jeff Bezos at a shareholders meeting; and after last year's review of Google's handling of sexual misconduct, employees signed a letter protesting Project Dragonfly, a search engine that would comply with Chinese censorship.

The phenomenon has been particularly strong in the San Francisco Bay area, home to Salesforce, Google and Palantir, among others.

The bastion of activism and progressive culture has been hit hard by the tech boom's housing crisis.

"There is a lot of power (that) people are being asked to build for shareholders in these companies and the leadership of these companies," said Ian Busher, 28, a former Google contract analyst and organizer with the Bay Area chapter for Democratic Socialists in America. "If you want to make the world a better place, you should exercise discretion and democracy with the people you work with to build these tools."