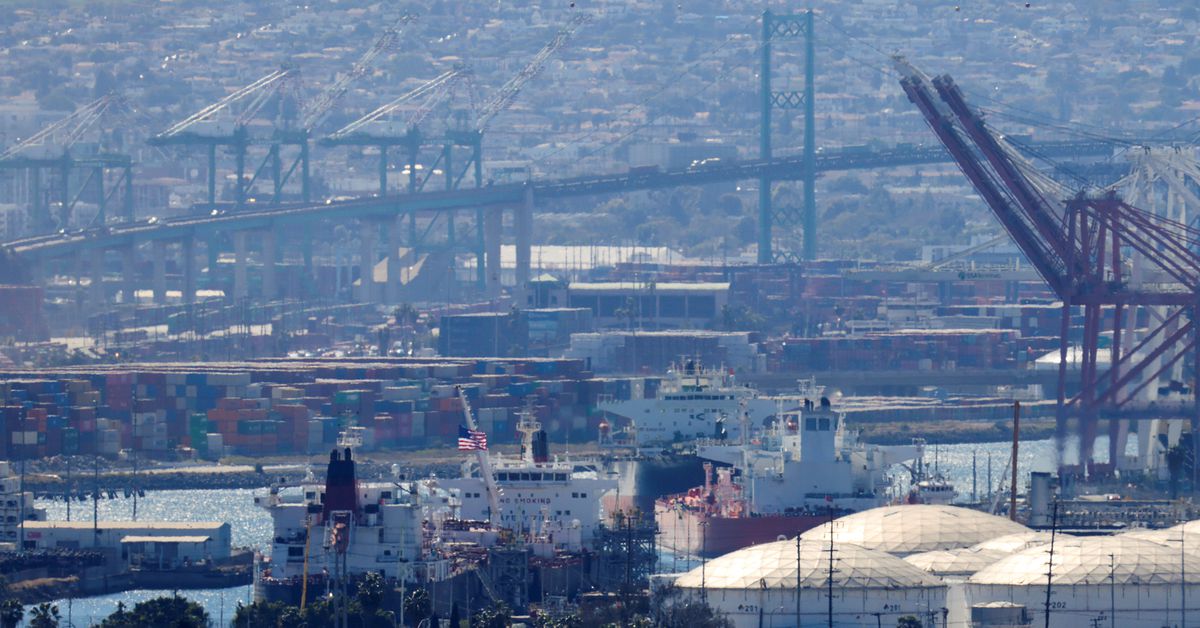 WASHINGTON, Oct 17 (Reuters) – The Biden administration plans to sell oil from the Strategic Petroleum Reserve in an effort to curb fuel prices ahead of next month’s congressional elections, three sources familiar with the matter said on Monday.

President Joe Biden̵[ads1]7;s announcement is expected this week as part of the response to Russia’s war on Ukraine, one of the sources said.

The sale would market the remaining 14 million barrels from Biden’s previously announced, and largest ever, release from the 180 million barrel reserve that began in May.

The administration has also been talking to oil companies about selling an additional 26 million barrels from a congressionally mandated sale in fiscal year 2023, which began Oct. 1, a fourth source said.

The Department of Energy will also release additional details on eventually buying back the oil, reflecting the White House’s desire to combat rising pump prices while supporting domestic drillers.

Rising retail gasoline prices have helped push inflation to the highest in decades, posing a risk to Biden and his fellow Democrats ahead of the Nov. 8 midterm elections, where they are trying to retain control of Congress.

Biden said last week that gas prices are too high and that he would have more to say about reducing costs this week. David Turk, his deputy for energy, also said last week that the administration could tap the strategic petroleum reserve, or SPR, in the coming weeks and months as needed to stabilize oil.

The administration has been talking to energy companies about buying back oil through 2025 to replenish the SPR, the sources said, after Biden in March announced the largest-ever sale of 180 million barrels from May to October.

The Department of Energy still has about 14 million barrels of SPR oil left to sell from the historic release, because sales were slowed in July and August by holidays and warm weather.

In addition, the administration is mandated by a law Congress years ago to sell an additional 26 million barrels of SPR oil in fiscal year 2023, which began Oct. 1, a sale that is likely to come soon, one of the sources said.

“The administration has a small window before the midterms to try to lower fuel prices, or at least demonstrate that they are trying,” said a source familiar with the White House discussions. “The White House didn’t like $4 a gallon gas, and it has signaled it will take action to prevent it from happening again.”

Average gasoline prices in the U.S. reached about $3.89 a gallon on Monday, up about 20 cents from a month ago and 56 cents higher than last year at this time, according to the AAA motor group. Gasoline prices hit a record average above $5.00 in June.

The DOE and the White House did not immediately respond to requests for comment on the sale.

In May, the DOE said it would launch bids late this year for a buyback of about a third of the 180 million barrel sale. It then suggested that supplies would be linked to lower oil prices and lower demand, likely after the 2023 financial year, which ends on September 30 next year. Two sources said the buybacks could continue through 2025.

Biden officials in recent months have also urged oil refiners including Exxon Mobil ( XOM.N ), Chevron ( CVX.N ) and Valero ( VLO.N ) not to increase exports of fuel and warned them they could take action if the facilities do not build inventory.

The administration has not taken a potential ban on gasoline and diesel exports off the table, although opponents of such a move say it could worsen Europe’s energy crisis and raise fuel prices at home.

Reports on oil and energy, including refineries, markets and renewable fuels. Has previously worked at Euromoney Institutional Investor and CNN.