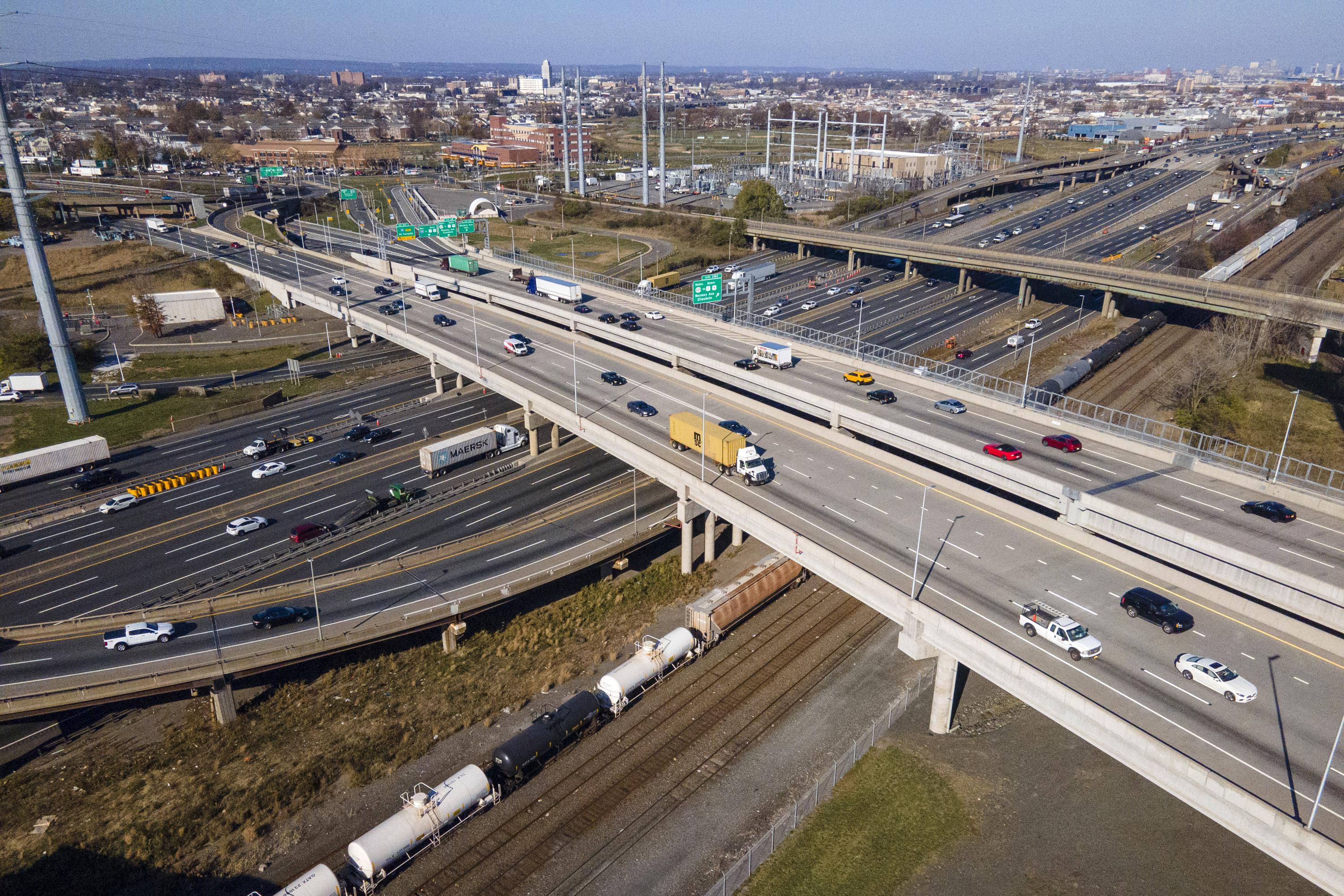 The Thanksgiving rush was back this year, as people took flights in numbers not seen in years, putting aside inflation worries to reunite with loved ones and enjoy some normalcy after two holiday seasons marred by COVID-19 restrictions.

However, changing your habits around work and play can disperse the crowds and reduce the usual amount of holiday travel stress. Experts say many people will start vacation trips early or come home later than normal because they want to spend a few days working remotely — or at least tell their boss they’re working remotely.

The busiest travel days during Thanksgiving week are usually the Tuesday, Wednesday and Sunday following the holiday. This year, the Federal Aviation Administration expects Tuesday to be the busiest travel day with approximately 48,000 scheduled flights.

Chris Williams of Raleigh, North Carolina, flew Tuesday morning with his wife and two children to Atlanta, Georgia, to spend the holiday with extended family.

“Obviously it̵[ads1]7;s a stressful and expensive time to fly,” said Williams, 44, who works in finance. “But after a couple of years where we didn’t get to spend Thanksgiving with our extended family, I will say that we feel grateful that the world has come to a safe enough place where we can be with loved ones again.”

Although Williams said the family’s budget has been tight this year, he has taken advantage of the opportunity to teach his children some basic personal finance. His youngest, 11, has been learning to budget her allowance since March and looks forward to buying little gifts for her friends on Black Friday or Cyber ​​Monday. “Probably slime,” she said, “with glitter.”

The Transportation Security Administration screened nearly 2.3 million travelers on Tuesday, down from more than 2.4 million screened on the Tuesday before Thanksgiving in 2019. On Monday, the numbers were up from 2019 — more than 2.6 million travelers compared to 2.5 million. The same trend occurred on Sunday, marking the first year that the number of people taking flights on Thanksgiving week surpassed pre-pandemic levels.

“People travel on different days. Not everyone is traveling that Wednesday night, says Sharon Pinkerton, senior vice president of trade group Airlines for America. “People are spreading their journeys throughout the week, which I also think will help ensure smoother operations.”

AAA predicts 54.6 million people will travel at least 50 miles from home in the U.S. this week, up 1.5% over Thanksgiving last year and down just 2% from 2019. The auto club and insurance retailer says nearly 49 million of those will travel by car, and 4.5 million will fly between Wednesday and Sunday.

US airlines struggled to keep up as passenger numbers increased this year.

“We had a challenging summer,” said Pinkerton, whose group speaks for members including American, United and Delta. She said airlines have adjusted their schedules and hired thousands of workers — they now have more pilots than before the pandemic. “As a result, we are confident that the week will go well.”

U.S. airlines plan to operate 13% fewer flights this week than they did during Thanksgiving week in 2019. But using larger planes on average, seats will only fall by 2%, according to data from travel researcher Cirium.

Airlines continue to blame flight cancellations on a shortage of air traffic controllers, especially in Florida, a major vacation destination.

Controllers, who work for the Federal Aviation Administration, “get tested around the holidays. That seems to be when we have challenges,” Frontier Airlines CEO Barry Biffle said a few days ago. “The FAA is adding another 10% to the workforce, hopefully is it enough.”

Transport Secretary Pete Buttigieg has disputed such claims and said that the vast majority of delays and cancellations are caused by the airlines themselves.

TSA expects airports to be busier than last year and likely about on par with 2019. The busiest day in TSA history came the Sunday after Thanksgiving in 2019, when nearly 2.9 million people were screened at airport checkpoints.

Stephanie Escutia, who is traveling with her four children, her husband and her mother, said it took the family four hours to get through security at the Orlando airport early Tuesday. The family was returning to Kansas City in time for Thanksgiving after a birthday trip to Disney World.

“We were surprised how full the park was,” said Escutia, 32. “We thought it might be down, but it was packed.”

She welcomed the sense of normalcy, saying her family would gather for Thanksgiving without worrying about keeping their distance this year. “Now we are back to normal and looking forward to a nice holiday,” she said.

People who get behind the wheel or get on a plane don’t seem to be worried about higher gas and airline prices than last year or the widespread concern about inflation and the economy. It is already leading to predictions of strong travel over Christmas and New Year.

“This pent-up demand for travel is still a real thing. It doesn’t feel like it’s going away, says Tom Hall, a vice president and longtime writer for Lonely Planet, the travel guide publisher. “It keeps the planes full, it keeps the prices high.”

David Koenig can be reached at twitter.com/airlinewriter