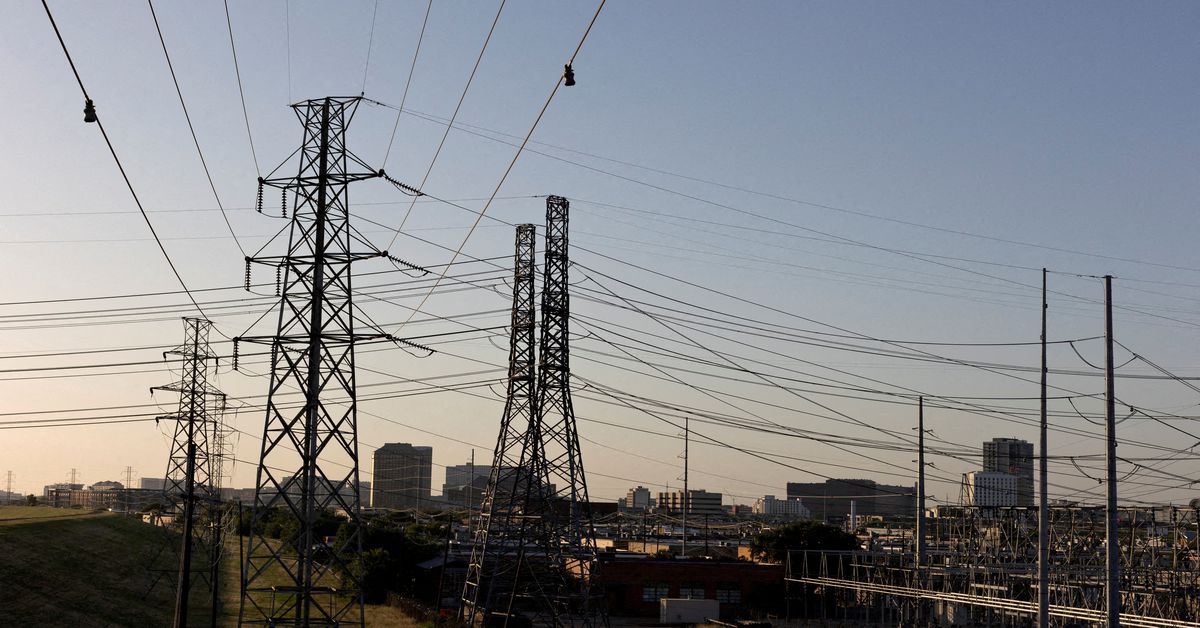 HOUSTON, July 10 (Reuters) – The Texas power grid operator on Sunday urged state residents for the second time this year to save energy, warning of potential power outages amid forecasts of record high temperatures on Monday.

The state faces a “potential shortage of spare capacity without any available market solution,” the Electric Reliability Council of Texas (ERCOT) said on its website, adding an energy emergency warning informing of the potential for rolling power outages.

ERCOT, which oversees electricity to more than 26 million customers, had earlier this year assured residents that they had enough reserves to meet the demand after millions of people suffered without electricity through a deep freeze in early 2021 for several days.

Temperatures across the state broke records on Sunday, with 105 degrees Fahrenheit (40.6 degrees Celsius) recorded at Houston’s Bush Intercontinental Airport, surpassing the record of 101 F set in 1909, according to the US National Weather Service (NWS).

High or dangerous heat levels are forecast for large parts of the state on Monday, with temperatures above 100 F.

The state’s network operator has called for more power from suppliers and asked large industrial consumers to reduce energy consumption.

This power consumption will peak at the current preliminary all-time high of 78,204 MW on 8 July. read more

One megawatt can power around 1,000 American homes on a typical day, but only around 200 homes on a hot summer day in Texas.

Texas last asked for energy savings in May, during a previous heatwave that pushed prices up to more than $ 4,000 per megawatt hour after six generators were shut down. read more

The state’s day-ahead market has several hours Monday afternoon listed at more than $ 1,000 per megawatt hour (MWh) and one at over $ 2,000, which is more than double the peak price on Sunday.

Despite sky-high day-ahead prices over the weekend, power the next day at ERCOT North Hub plummeted to $ 157 per MWh for Monday from a two-week high of $ 193 for Friday. The ERCOT North Hub includes Dallas.

That compares with an average of $ 69 so far this year.

Reporting by Eileen Soreng in Bengaluru, Gary McWilliams in Houston and Scott DiSavino in New York; Edited by Susan Fenton and Bernadette Baum