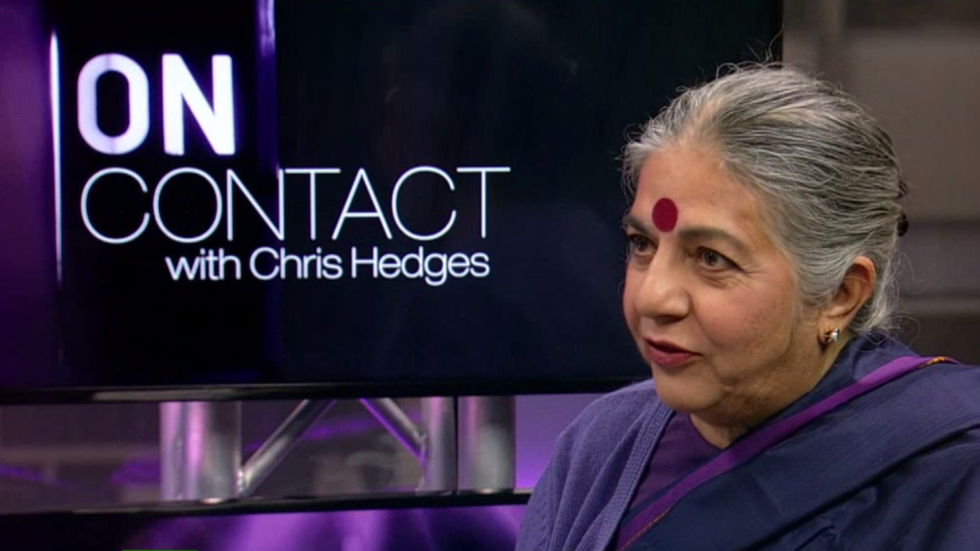 This week, Monsanto / Bayer AG was commissioned by a federal California court to pay $ 80 million to Edwin Hardeman after a jury found his grasshopper, Roundup, caused cancer. The case is just one of thousands of lawsuits filed against the company over the plaintiff's use of glyphosate-based herbicide. In 2015, the World Health Organization classified glyphosate as probably carcinogenic to humans. The Food and Drug Administration has concluded that the herbicide is not likely to cause cancer for humans. In August 2018, a jury of the California State Law awarded a school scholar, Dewayne Johnson, nearly $ 289 million in compensation. The verdict was later reduced to $ 78 million and is appealed. In this conversation with Chris Hedges, environmental activist and author, Vandana Shiva, talks about Monsanto / Bayer AG and other major AG actors' interests in India and her struggle to protect life forms, seed crops and peasants.