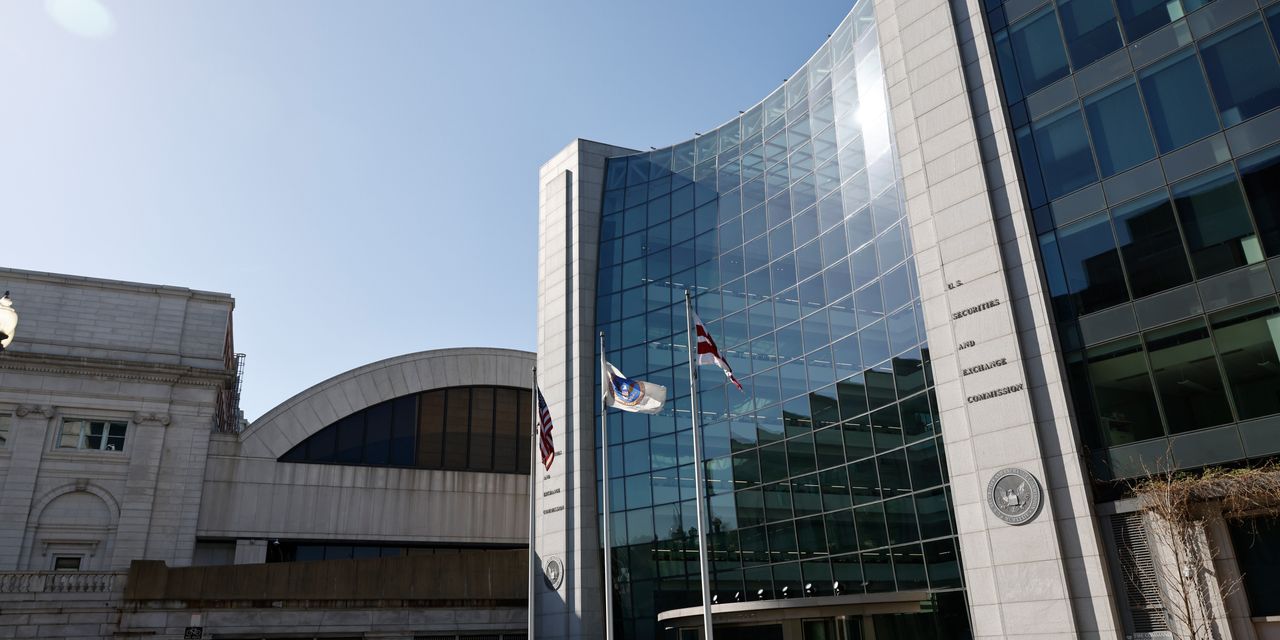 The Securities and Exchange Commission voted Wednesday to issue two proposals aimed at providing investors with more information on mutual funds, exchange traded funds and similar vehicles that take into account ESG or environmental, social and corporate governance factors. One of the proposed rules, if adopted, will extend the SEC’s fund name rules, while the other will increase the disclosure requirements for ESG-focused funds.

The financial industry is divided ̵[ads1]1; between asset managers and those who buy their products – on the need for more SEC supervision of ESG funds. The Investment Company Institute, which lobbies in Washington on behalf of asset managers, said they planned to review the proposals with members carefully, but had a number of concerns, including costs that they said investors would eventually bear.

The rise of what proponents call green, or sustainable, investment has been a growing challenge for regulators in recent years. Assets in funds that claim to focus on sustainability or ESG factors reached $ 2.78 trillion in the first quarter, up from less than $ 1 trillion two years earlier, according to Morningstar.

Although the fees charged by such funds are usually much higher than what investors pay for low-cost index funds, there are few consistent standards for what constitutes an ESG stock, bond or strategy.

“What we are trying to address is truth in advertising,” SEC Chairman Gary Gensler told reporters at a virtual news conference after the commission’s vote.

Hester Peirce, the lone Republican in that four-man commission, voted against both proposals, saying they would impose unnecessary burdens on asset managers and push them against capital allocation decisions favored only by some investors.

One proposal would revise the requirements for fund names.

According to a rule adopted two decades ago, if a fund’s name indicates a focus on certain industries, geographies or types of investment, it must invest at least 80% of its holdings in such assets.

Wednesday’s proposal will expand the scope of the so-called name rule to cover funds that propose a focus on ESG factors, or on strategies such as growth or value. A fund that only considers ESG factors alongside – but not more than – other inputs, will not be allowed to use ESG or related terms in its name.

“A fund’s name is often one of the most important pieces of information that investors use when choosing a fund,” Gensler said.

The CEO of the Investment Company Institute, Eric Pan, said in an email that a fund’s name is “a tool for communicating to investors … not the only source of information for investors about a fund’s investments and risk.”

The second proposal, which was released on Wednesday, will require funds that assess the ESG in their investment processes to disclose more information. So-called effect funds that seek to achieve an ESG-related goal must reveal how they measure progress towards this goal. Funds for which ESG investment is a significant or primary assessment must complete a standardized table as well as additional information on greenhouse gas emissions produced by the companies or issuers in their portfolios.

“The suggestion that some funds should disclose emissions related to their holdings seems useless – some of the information may not even be publicly available,” Pan said.

However, Mr. Gensler compared such information to the nutritional facts printed on the back of a carton of skim milk.

“When it comes to ESG investments, there is currently a wide range of what asset managers can reveal or mean by their claims,” ​​he said Wednesday, adding that it can be difficult for investors to understand or compare funds. “People make investment decisions based on these revelations, so it’s important that they are presented in a meaningful way to investors.”

The American Securities Association, a lobbying group representing regional brokerage firms and financial services firms, applauded the SEC’s proposal and said it was appropriate to examine the ESG funds’ advertising, performance and fees.

“ASA supports the efforts of the SEC to stop misleading and misleading marketing gimmicks around ESG funds,” the group’s CEO, Chris Iacovella, said in an email.

The nature of ESG investments varies greatly. Some ESG fund managers only buy shares in companies they believe already have a small carbon footprint, while others may invest in companies that have publicly committed to doing better. Another strategy involves building a stake in a chronic polluter in the hopes of winning board seats or forcing proxy votes that force the company to change its ways.

The ambiguity has led to widespread concern among investors and regulators that banks and asset managers who sell funds “green” or exaggerate their environmental or social sustainability to strengthen their own revenues.

$ 1.5 million for misleading claims about the criteria it used to select ESG shares. BNY Mellon neither admitted nor denied wrongdoing.

asset management arm after The Wall Street Journal reported last year that the DWS Group overestimated its efforts for sustainable investment. At the time, a spokesman for DWS said the company did not comment on issues related to lawsuits or regulatory matters. A spokesman for Deutsche Bank declined to comment.

Commissioners voted 3-1 to open the two proposals for public comment for at least two months before the SEC decides to issue a final rule.

Ms. Peirce, the Republican commissioner, said that the updates to the naming rule risk changing the way some funds are managed, as companies try to avoid being caught by the proposed criteria she characterized as subjective. The new disclosure requirements, Peirce said, will intensify the pressure on funds to vote shares or compose their portfolios in line with the wishes of activist investors.

“If the demand for greenhouse gas disclosures is becoming the norm, let standards and expectations evolve organically,” Peirce said. “Let investors shape industry practices through their investment decisions, not through regulatory mandates on what investors should consider.”

– Amrith Ramkumar contributed to this article.

Write to Paul Kiernan at paul.kiernan@wsj.com