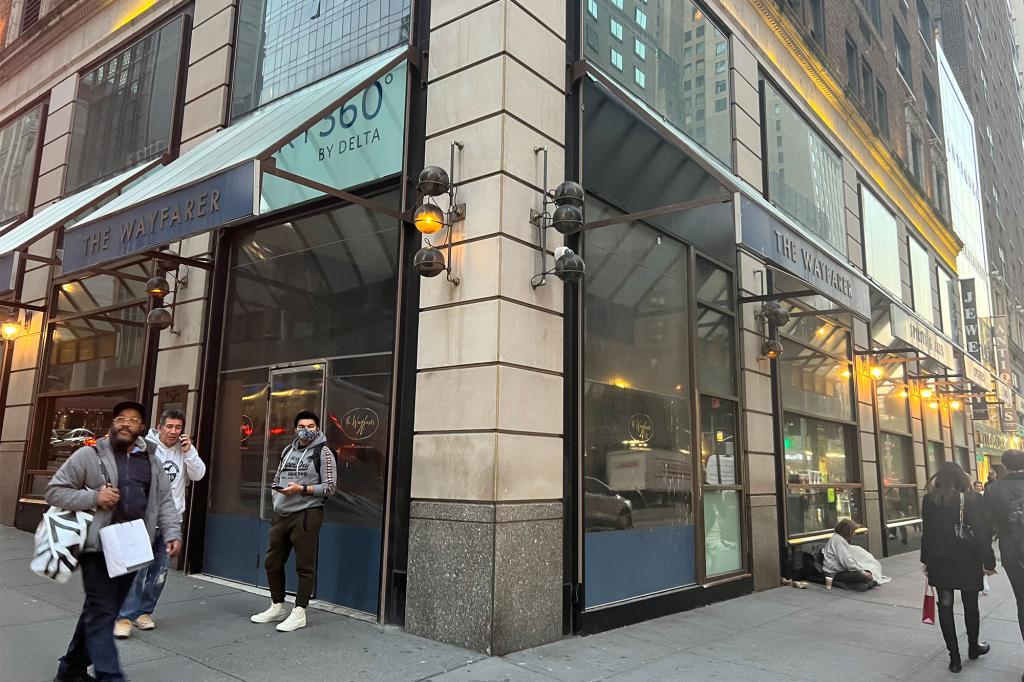 The hottest new corner of the Manhattan restaurant scene isn’t in NoMad or Tribeca, but in the heart of reviving Midtown.

Leading eatery operator Simon Oren is taking over the long-vacant Wayfarer space in the Quin Hotel — a breakthrough for the high-energy intersection of Sixth Avenue and West 57th Street, where Oren̵[ads1]7;s as-yet-unnamed spot will anchor the northwest corner.

The location at 101 W. 57th was once home to Wolf’s Delicatessen, which closed decades ago and was followed by one flop after another. Oren’s signing adds further energy to the corner where two other busy big-league eateries are dishing it out to tourists and returning office workers — Marc Packer’s Rue 57 on the southeast corner and the Stillman family’s Quality Italian just north of the intersection.

Oren is the managing partner of the Tour de France Group (Nice Matin, L’Express, Cafe d’Alsace), as well as Dagon, Barbounia and the Five-Napkin Burger chain. He and his partners also recently launched Monterey in the former Maloney & Porcelli location on East 50th Street.

He said the new location will be Middle Eastern with a focus on modern Israeli cuisine and Eastern Mediterranean — missing from the Midtown mix.

Oren said the rent was $1 million a year, but “We paid less.” The highly visible space has 3,800 square meters at pavement level, 2,500 on the second floor and 2,500 more underground. The last site was Wayfarer, which closed at the start of the pandemic.

Quin is a brand of Hilton Grand Vacations, which is the landlord of the restaurant area. Lee & Associates’ Brad Schwarz represented Oren and CBRE’s Jared Lack and Andrew Goldberg acted for the landlord.

The just-signed lease “was a year and a half in the making,” Oren said. “I wouldn’t say they were picky, but they were more concerned with finding the right tenant than the rent.”

“Quite a few groups were interested, including from out of town,” Oren added. “But they really wanted a local operator with a track record. Their due diligence was very long, but nobody was in a rush.”

The new venture will have 120 dining places on the first floor and 30 more upstairs, where there will also be private rooms.

The opening will probably not take place for around nine months.

“You’re taking over a place that used to be a restaurant, so you think it’s going to be easy and only take four or five months,” Oren said. “It doesn’t work like that. Monterey took me a year to build even though it had been a restaurant before.”

Oren is cautiously optimistic about the future.

“To be in this business you have to be optimistic – and naive,” he laughed.

He acknowledged that all the bad news everyone has heard about the restaurant scene “is correct”, including inflation, customer churn and labor costs rising 25% in the past 12 months. Still, “It’s been a good season for us.”

Unlike some other restaurateurs, Oren isn’t expanding into Miami or anywhere else.