The man sues Popeyes for running out of chicken sandwiches 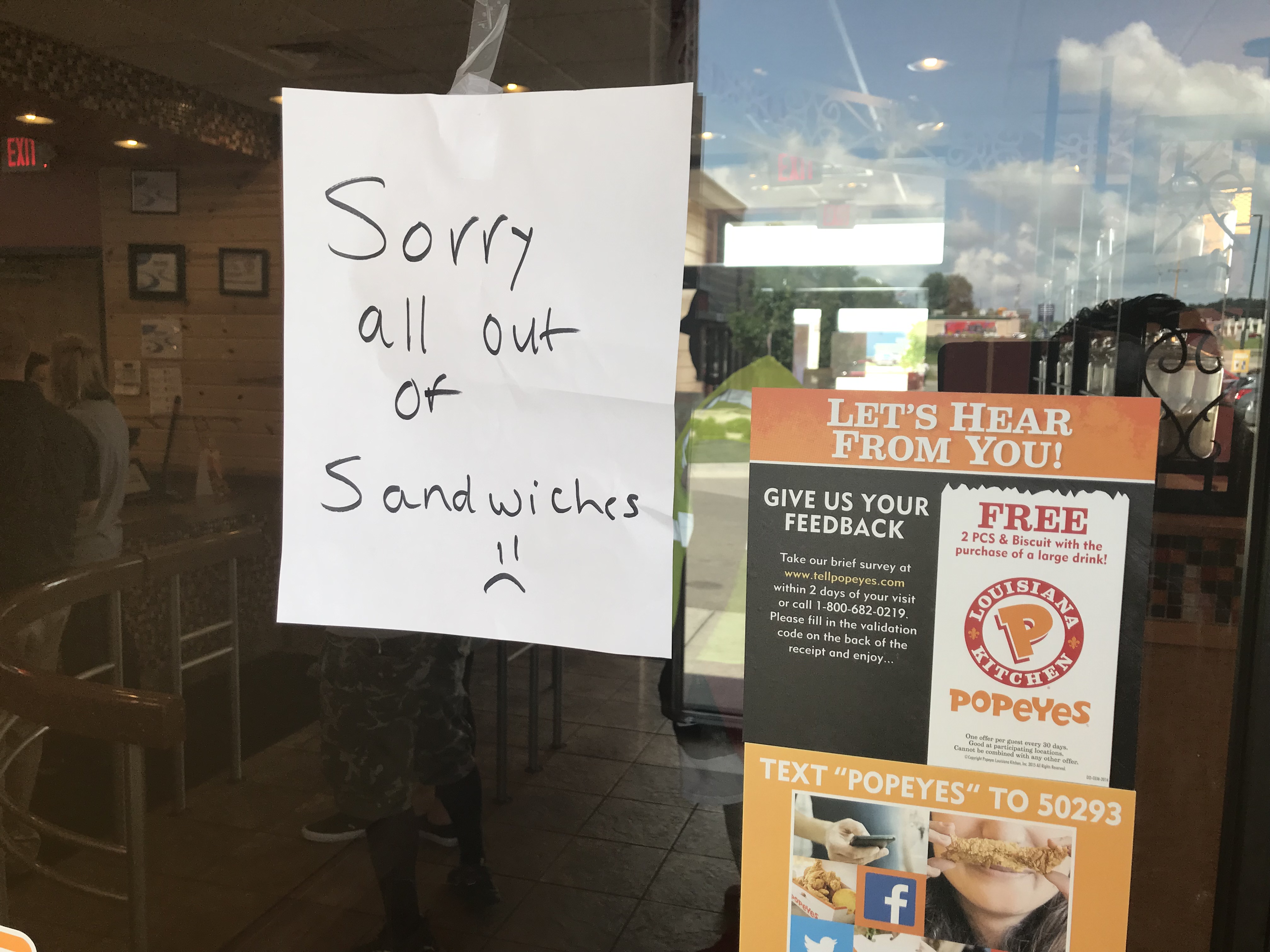 A Tennessee man is suing Popeyes after he said he was unable to buy one of the chain's mega-popular chicken sandwiches.

Barr says he drove to various restaurant locations in search of the sandwich and was humiliated when his friends laughed at him. During the drive, the car received $ 1500 in wheel and tire damage, he said.

“Countless wasted time runs to and from Popeyes. No chicken sandwich. Was told to come back that day ̵

1; still no sandwich, "Barr said in his suit.

Popeye's Chicken Sandwich was a national sensation, which got long lines and a social media war with the chicken chain Chick-fil-A. Popeyes announced this week that the sandwiches were sold out nationally, but would come back soon.