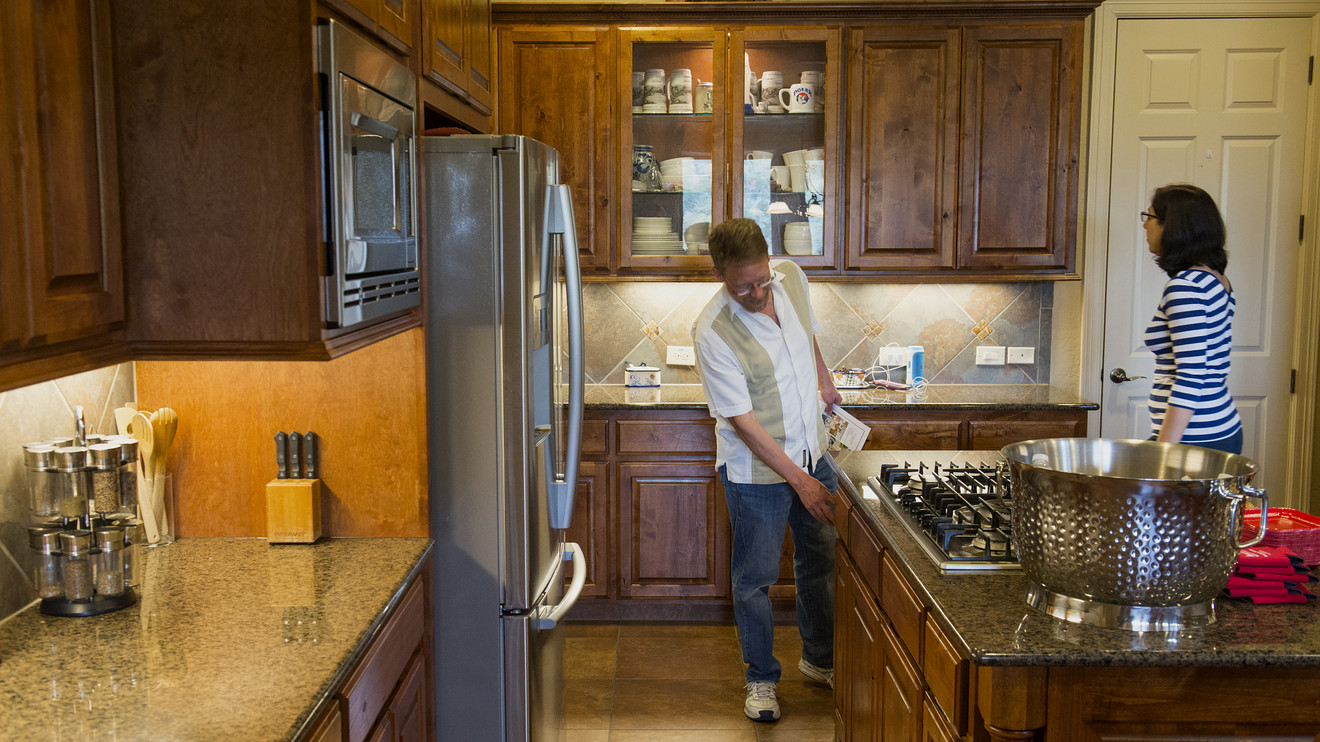 A new class-action lawsuit takes aim at real estate agents and the tools they use to do business, and housing industry watchers say it could revolutionize the way Americans buy and sell the biggest asset they'll ever own.

The suit was filed in Chicago on behalf of anyone who sold a home through one of the largest listing services in the country over the past five years. The charges that the mighty Washington-based lobby of the National Association of Realtors, as well as the four largest national real estate brokerages, and the Multiple Listing Services they use, have conspired to require anyone selling a home to pay the commission of the broker representing their buyer "at an inflated amount," in violation of federal antitrust law.

Homeowners who are ready to sell their properties usually have a real-estate agent to represent them at staging the home, photographing it, adding it to the MLS, marketing it, and showing it to prospective buyers. Sellers agree to pay that person a commission on the selling price of the home. That commission has traditionally been known as the "6%," but it's a little more complicated than that.

Sellers can really only negotiate with the agent they've hired, while agents representing buyers are generally assured of a standard 3% commission. That means that a seller's agent who's willing to negotiate, or one that works for a discount brokerage like Redfin

will be paid less than a buyer's agent.

Buyers can choose to be represented by an agent, or to go without one – but in any case, all commission money for both sides of the deal is always paid by the seller, thanks to a 1996 NAR rule known as the " Buyer Broker Commission Rule. ”

In order to list one of the many regional databases known as Multiple Listing Services, agents must abide by the Buyer Broker Rule. Listing on the MLS is essential for making a sale, and most MLSs are controlled by local NAR associations.

"The conspiracy has saddled home sellers with a cost that would be borne by the buyer in a competitive market," the lawsuit says. "Moreover, because most buyer brokers will not show homes to their clients where the seller is offering a lower buyer broker commission, or will show homes with higher commission offers first, sellers are incentivized when making the required blank, non-negotiable offer to procure the buyer brokers' cooperation with offering a high commission. ”

As MarketWatch has previously reported, many housing observers call Realtors a“ cartel ”for the way they purposely steer clients to transactions in which traditional ways of doing business are observed.

See: Meet the tech-savvy upstarts who think they can finally give Realtors a run for their money

Rob Hahn is a founder and managing partner of 7DS Associates, a real estate consultancy. In a blog posted shortly after the lawsuit was filed, Hahn called it a potential “nuclear bomb on the industry.” And in an interview with MarketWatch, he said that he's taking it “very seriously.”

In large part, that's because of the law firms behind the suit. Both Cohen Milstein Sellers & Toll, and Hagens Berman Sobol Shapiro have a long history of prevailing over weighty entities like Volkswagen, for its emission scandal, Apple, for its e-book collusion, and Exxon, after the Valdez game.

NAR said, "The complaint is baseless and contains an abundance of false claims. The U.S. Courts have routinely found that Multiple Listing Services are pro-competitive and benefit consumers by creating great efficiencies in the home-buying and selling process. NAR looks forward to obtaining a similar precedent regarding this filing. ”Still, as Hahn puts it, lawsuits have mostly been filed by what he calls“ ambulance chasers, ”not the firms behind some of the biggest civil settlements in American history.

That view is shared by Cohen Milstein partner Daniel Small, who called the way Realtors do business "a longstanding problem." What's different now, Small duty MarketWatch, is that deep-pocketed law firms had done a "substantial investigation" that convinced them that there was money to be made in the entities named in the suit.

Small declined to elaborate on what had prompted the investigation in the first place. It was worth noting, however, that the suit was filed roughly four months after the expiration of a Department of Justice consent decree against the National Association of Realtors. That settlement was taken in 2008 after the federal government spent several years unsuccessfully trying to get what it called anti-competitive behavior from NAR, which fell under attack from internet upstarts.

Read: Realtors will soon be free of 10-year-old Justice Department decree – so what happens to housing now?

He thinks it's ironic that an innovation that tries to protect buyers, by providing them with representation in a complex and deeply emotional transaction, has soured the market so badly. Many housing watches have long argued that real estate services should be paid for a la carte, or in a sliding scale fee structure, rather than a flat commission, whether that is 6% or 1%. But, said, "There is no chance whatsoever that the industry goes that way voluntarily."

What's more likely, he thinks, is that the American system will come to resemble real estate markets in Australia or England, where sellers and buyers each pay their own broker – or don't. After all, buyers are usually “cash-strapped,” noted: saving every nickel for down payment, closing costs and moving expenses. While the interests of the American real estate industry are not consumer-friendly, Hahn says he's never seen a study that says buyers get screwed without representation.

A former lawyer himself, Hahn isn't sure how to handicap this case. But if it prevails, he thinks enormous changes are in store for the industry. The ranks of buyers will probably be decimated, and the infrastructure behind the MLSs and the local associations will wither away too.

A spokesperson for Realogy

said, “We believe this case has no merit and will not be commenting further.”

HomeServices of America, Inc. was not returned.

"This is an important case for many reasons," Daniel Small said. "Among them is that this is the biggest transaction of most peoples' lives. There is a lot at stake. ”