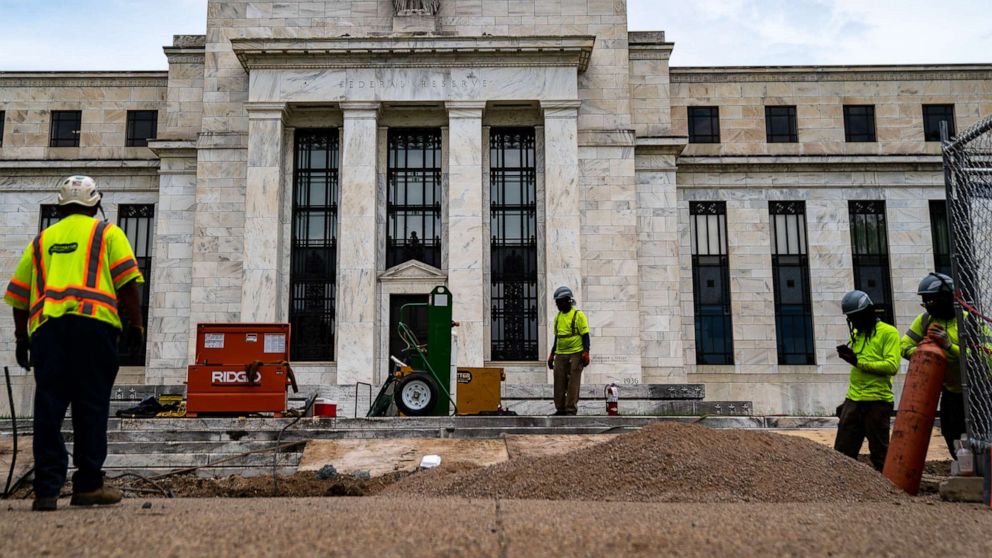 The Federal Reserve escalated its fight against inflation this week, introducing a sharp rate hike and saying more are likely to follow. The measures will lead to a jump in the number of unemployed Americans by the end of next year, the central bank said.

The Fed has tabled a series of aggressive interest rate hikes in recent months as it seeks to reduce price increases by slowing the economy and stifling demand. But the approach risks tipping the US into recession and causing widespread unemployment.

Fed Chairman Jerome Powell acknowledged on Wednesday that rate hikes would cause pain for the US economy as growth slows and unemployment rises. However, he added that “a failure to restore price stability will mean far greater pain later.”[ads1];

The job losses projected by the Fed this week will by the end of 2023 raise the unemployment rate from the current level of 3.7% to 4.4%. That result will add an estimated 1.2 million unemployed, according to Omair Sharif, the founder of research firm Inflation Insights.

Those job losses will fall disproportionately on some of the most vulnerable workers, including minorities and less educated workers, according to economists and studies of past recessions.

Here are the groups of workers most likely to lose their jobs if unemployment rises:

Black workers will be among the first to lose their jobs if unemployment rises, since they are disproportionately concentrated in industries sensitive to economic downturns. Racial discrimination often affects choices made by companies about which workers to fire, economists said.

The vulnerability of black workers in a downturn manifested itself during the most recent recession, in the spring of 2020, when the pandemic caused higher unemployment rates for black workers at all educational levels compared to their white counterparts, a RAND Corporation study found.

Between the late 1980s and mid-2000s, state employment data show “substantial evidence” that black workers are among the first to be fired as the economy weakens, according to an economic study published in 2010 in Demography, an academic journal.

“To be blunt, discrimination still occurs in the American labor market,” Holder said.

William Spriggs, chief economist of the AFL-CIO union and professor of economics at Howard University, said Hispanic workers would suffer acutely in a downturn caused by interest rate hikes, since they are disproportionately represented in the construction industry.

When the Fed raises interest rates, it often leads to an increase in mortgage rates, causing potential home buyers to delay their purchases and builders to delay further construction. U.S. 30-year fixed-rate mortgages jumped to 6.29% on Thursday, the highest level in 14 years, according to Freddie Mac’s mortgage market survey.

As of last year, Hispanic workers made up nearly a third of all construction workers, according to a National Association of Home Builders analysis of state data published in June.

Another group that would be among the first to end up out of a job in the middle of a recession are less educated workers.

Two years ago, during the pandemic-induced recession, less-educated workers suffered far more acute job losses than their better-educated peers, according to a study published in 2021 by the Institute for New Economic Thinking.

In general, when the economy weakens, poorly educated workers endure a more negative effect on employment than their better-educated counterparts, according to a study published by the Minneapolis Federal Reserve in 2010.

“Workers who tend to do better when the economy contracts are better-educated workers,” Holder said.

Data from the last two recessions, in 2020 and 2007, indicate that young workers suffer disproportionately when the economy contracts.

During the pandemic-induced recession, young workers became unemployed at a much higher rate than older workers, according to a study released by the left-leaning Economic Policy Institute in 2020.

A similar outcome followed the Great Recession. Between 2007 and 2010, workers between the ages of 16 and 24 suffered a more dramatic drop in employment than any other age group, according to a Brookings Institution analysis of government data that focused on the ratio of employed workers in a given demographic compared to its representation in the population as a whole .