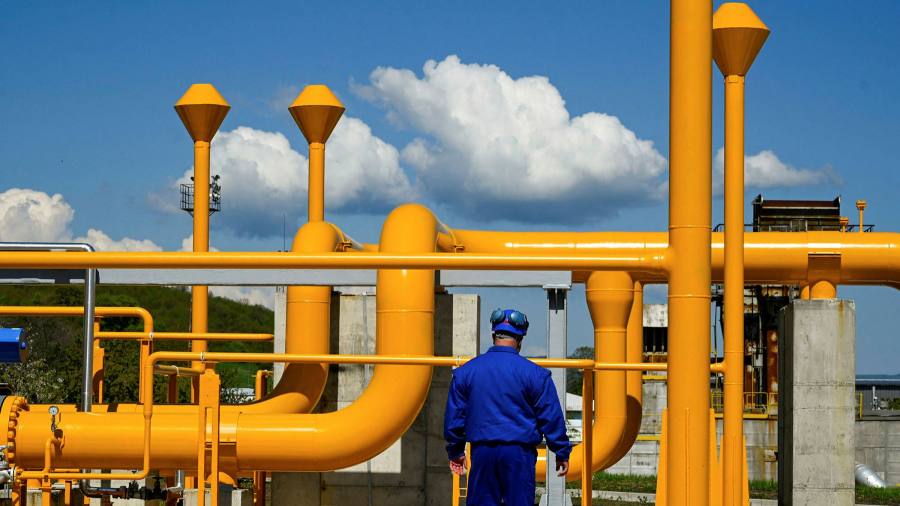 Brussels is preparing to tell EU members to cut gas consumption “immediately”, warning that without increased conservation, the continent risks running out of fuel this winter as Russia limits supplies.

The European Commission will next week provide members with voluntary gas reduction targets, according to a draft article seen by the Financial Times, which warns that targets will be made mandatory in the event of severe supply disruptions.

“Acting together now will be less disruptive and costly, facilitate solidarity and avoid the need for unplanned and uncoordinated actions later in a possible crisis situation with low gas reserves,”[ads1]; the document states.

The move comes as the International Energy Agency warned that efforts to diversify away from Russian gas were no longer enough alone, and that Europe is facing energy rationing unless demand was limited to allow pre-winter storage facilities to be filled.

Russia has in the last month cut the capacity of the main pipeline to Germany and the IEA fears that further cuts can not be ruled out. Fatih Birol, IEA’s chief executive, said Europe was facing a “red alert” and that “significant further reductions” were needed to “prepare Europe for a tough winter ahead”.

On Monday, Ursula von der Leyen, President of the European Commission, signed a supply agreement with Azerbaijan that will increase deliveries to Europe by 48 percent this year and aims to double them by 2025, even though imports from Azerbaijan are only part of the EU’s total.

The Central Asian country is one of several, including Qatar, the United States, Israel and Nigeria, which are being courted by the EU while trying to secure alternatives to Russian supplies.

Italy is also in the process of increasing supplies from Algeria, with Italian energy major Eni and France’s TotalEnergies and Occidental signing an agreement with Algeria Sonatrach on Tuesday for a new $ 4 billion gas development project, which will eventually bring new supplies into operation .

But the IEA, which acts as the West’s energy watchdog, said on Monday that efforts to increase supplies were still falling short and the EU needed stricter measures, including limiting demand for air conditioners and auctioning gas supplies to industry.

The Commission’s draft paper did not contain exact figures, but these are expected to be completed before the proposal’s final publication on Wednesday.

The latest documents are a revision of a plan that was leaked last week that recommends limiting central heating and cooling in buildings as well as exempting coal-fired power plants from emission reduction targets.

EU diplomats and officials have been locked in talks about potential goals and how they will be implemented given the different energy mixes of the different member states.

An EU official said negotiations were under way on what penalties could be enforced if the targets were made mandatory and not met.

Europe previously relied on Russia for about 40 percent of its gas, but since Russia’s invasion of Ukraine, these supplies have become increasingly armed by Moscow in response to EU support for Kyiv. 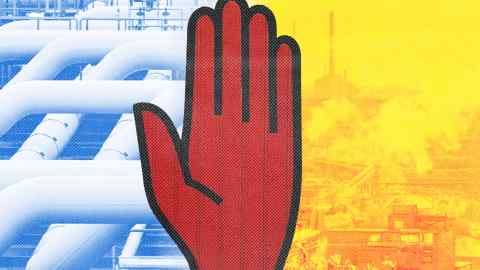 Russia has already shut down supplies to the Baltic states, Finland, Poland and Bulgaria and reduced flows to Germany and Italy.

In the draft plans, the commission noted that in June, gas flows from Russia to the EU had fallen below 30 percent of the average between 2016 and 2021. Europe imported a total of 155 billion cubic meters of gas from Russia in 2021 and consumes nearly 400 bcm of gas in total in a normal year.

The leaked gas plan warned that continued cuts in Russia’s gas supply could lead to a fall in EU GDP by up to 1.5 per cent, depending on the level of disruption. The European Commission declined to comment.

Von der Leyen said in a speech in Baku that the EU had to “diversify away from Russia and turn to more reliable, trustworthy suppliers” and described Azerbaijan as an “important energy partner”.

The plan is for supplies from Azeri to increase to 12 bcm this year, up from 8.1 bcm in 2021 and eventually reach “at least” 20 bcm by 2027, according to a memorandum. The fuel would arrive in the EU through the Southern Gas Corridor pipeline, a joint project between Brussels and Baku that opened in 2018 and is mainly supplied by gas fields in the Caspian Sea.

But despite the EU’s efforts to launch a joint gas procurement effort similar to its coordinated purchase of Covid vaccines, officials admitted that they compete in a tight market where countries already had long-term contracts in place.