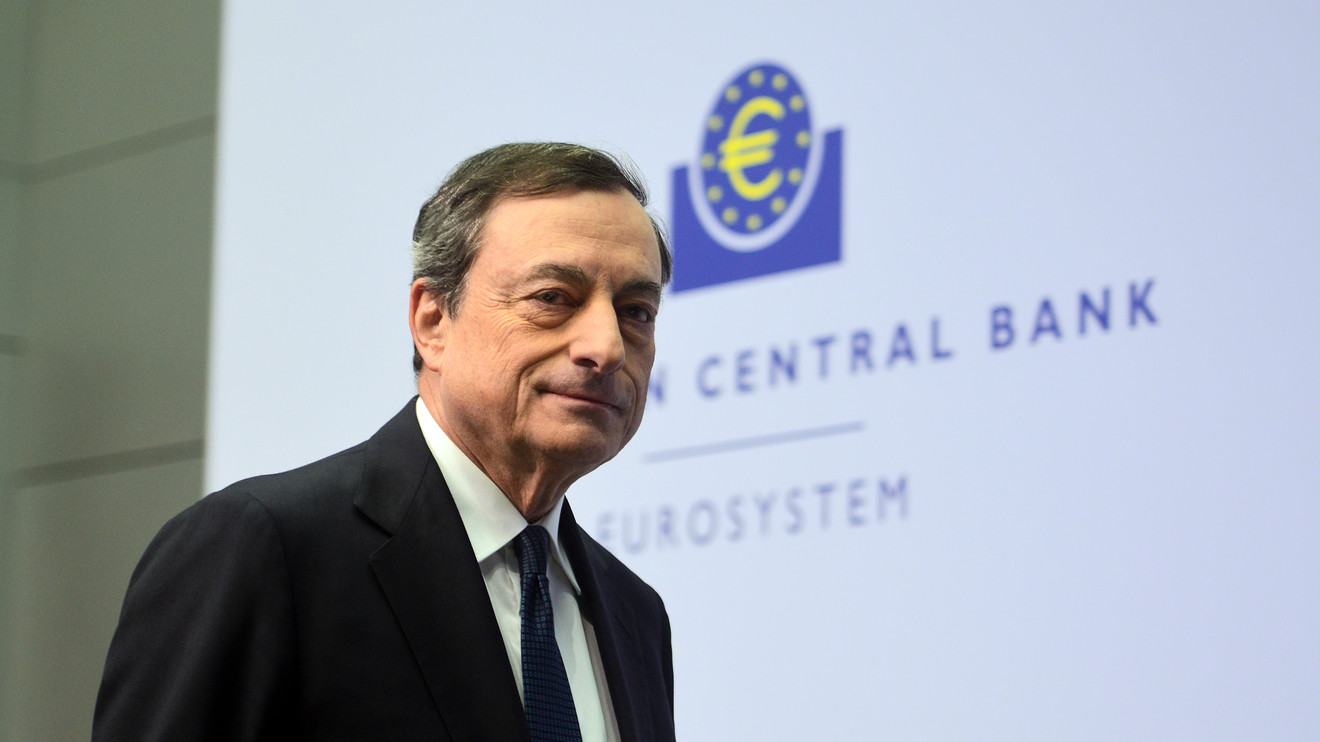 The European Central Bank delved deep into its toolbox on Thursday, further cutting its deposit rate into negative territory, launching a new round of monthly bond purchases and taking other steps to stimulate a fledgling eurozone economy.

ECB President Mario Draghi's next to last meeting, the central bank, delivered, as expected, a 10-point cut on the deposit rate that banks pay to park excess reserves with it. The move pushed the rate to minus 0.5%.

At a news conference after the decision, Draghi said stubbornly low inflation, which remains well below the ECB's target of close to but just under 2%, was the main driver of the decision.

Economists had been less sure whether the ECB would also move to start its quantitative easing program at the September meeting, but policy makers did. The ECB said it would start buying 20 billion euros of securities in the month of November 1

Doubts had arisen during the meeting after a handful of ECB officials in public comment and media interviews questioned the need to start asset purchases. Draghi said at a news conference following the decision that there had been broad support for the interest rate cut and an extension of the central bank's future policy on interest rates, but acknowledged more "diversity" of views on relaunching bond purchases. There was still a broad consensus in favor of the whole package.

"Today's decisions have rooted and anchored the Draghi legacy in future ECB decisions." Whatever it takes "has just been extended by" as long as it takes, "said Carsten Brzeski, chief economist at ING Germany, referring to Draghis famous statement from 2012 at the height of the eurozone debt crisis that the ECB would do "whatever it takes" to preserve the euro.

Among other steps taken by the ECB on Thursday, policy makers extended the so-called forward guidance on interest rates, saying they would remain at "current or lower levels" until inflation prospects "robustly" converge with the bank's target inflation rate close to, but below 2%. Earlier, the ECB said it intended to remain at current or lower levels through the first half of next year.

The ECB also made adjustments to its targeted long-term refinancing operations to further stimulate lending, and in an effort to ease the pressure on banks' profitability from a lower deposit rate, it announced that it would introduce a stratified system that would exempt some excess reserves parked by banks with ECB from the negative interest rate.

The decision drew the attention of US President Donald Trump, who has previously accused the ECB of working to undermine dollar. On Thursday, he used the decision as an excuse to base the US central bank via Twitter again:

The European Central Bank, acting fast, cut rates 10 basis points. They try and succeed in depreciating the euro against the VERY strong dollar, damaging US exports …. And the Fed is sitting and sitting and sitting. They get paid to borrow money while we pay interest!

When asked about the tweet, Draghi responded that the ECB's policy makers "do not target the exchange rate, period. ”

Read: Trump complains that the ECB's exchange rate will hurt the US and Mnuchin does not disagree

fell to a two-year low against the US dollar in the wake of the decision, but rebounded later after a round of US economic data and a news release said the Trump administration officials weighed a temporary trade agreement with China. Pan-Euroepan Stoxx 600 Index

up 0.5%, while Dow Jones industrial average

The bond purchase decision sent European bond yields to decline and drag on US government yields. But the return soon returned to positive territory as hopes of trade measures appeared to take center stage. Interest rates and bond prices are moving in opposite directions.