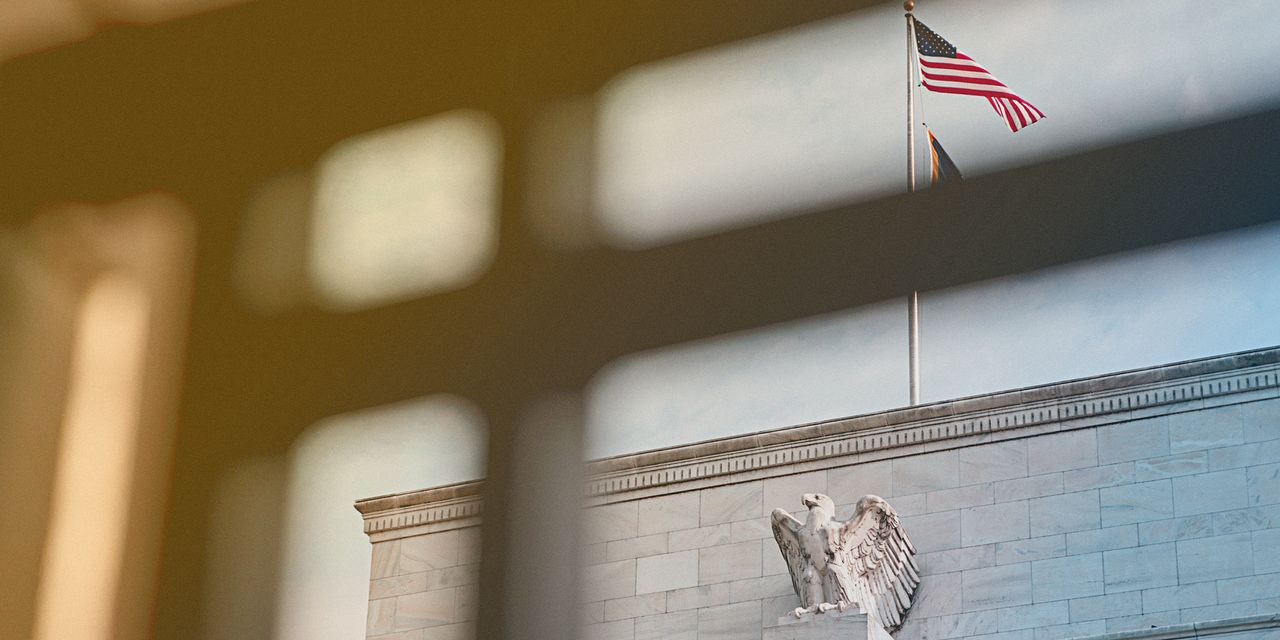 
2:52 pm What a wild ride that has been. The
Dow Jones industrial average,
which fell after the Federal Reserve lowered interest rates by a quarter point, has fallen behind Fed chairman Jerome Powell's press conference.

There had been some concern before the meeting that the Fed might not lower interest rates – and even some arguments that it should not lower them. But the Fed cut interest rates by a quarter point, which is pretty much what everyone thought they would do. Not much has changed about the statement. It acknowledged that household consumption had increased and capital expenditure was falling, but little else. "This may reflect a desire to project this meeting as & # 39; business as usual & reflects decisions taken at the height of the summer that are always likely to be implemented in multiple steps," writes Marketfield's Michael Shaoul.

There appears to be growing disagreement about the Federal Open Market Committee. Two Fed governors voted against a cut, and James Bullard disliked because he wanted the rates to be cut by half a point. Seven officials see one more cut in 2019, and eight predict one by the end of 2020.

“The point now is that this may be the last rate cut of the year today as the process of price adjustment continues, but can is done, writes Peter Boockvar of Bleakley Advisory Group.

U.S. President Donald Trump once again criticized the Fed. " Jay Powell and the Federal Reserve Fail Again . No 'guts', no meaning, no vision! A terrible intermediary! ”He tweeted after the announcement.

But market return suggests that Powell may have set the right tone when degassing the Fed policy. The economy is doing well. The Fed will do what it takes to keep it that way.

And maybe, for now, that's enough.

Markets Now is a quick grab of what's happening with the Dow Jones Industrial Average and other major market indices. Don't forget to check out the rest of Barron's market coverage.